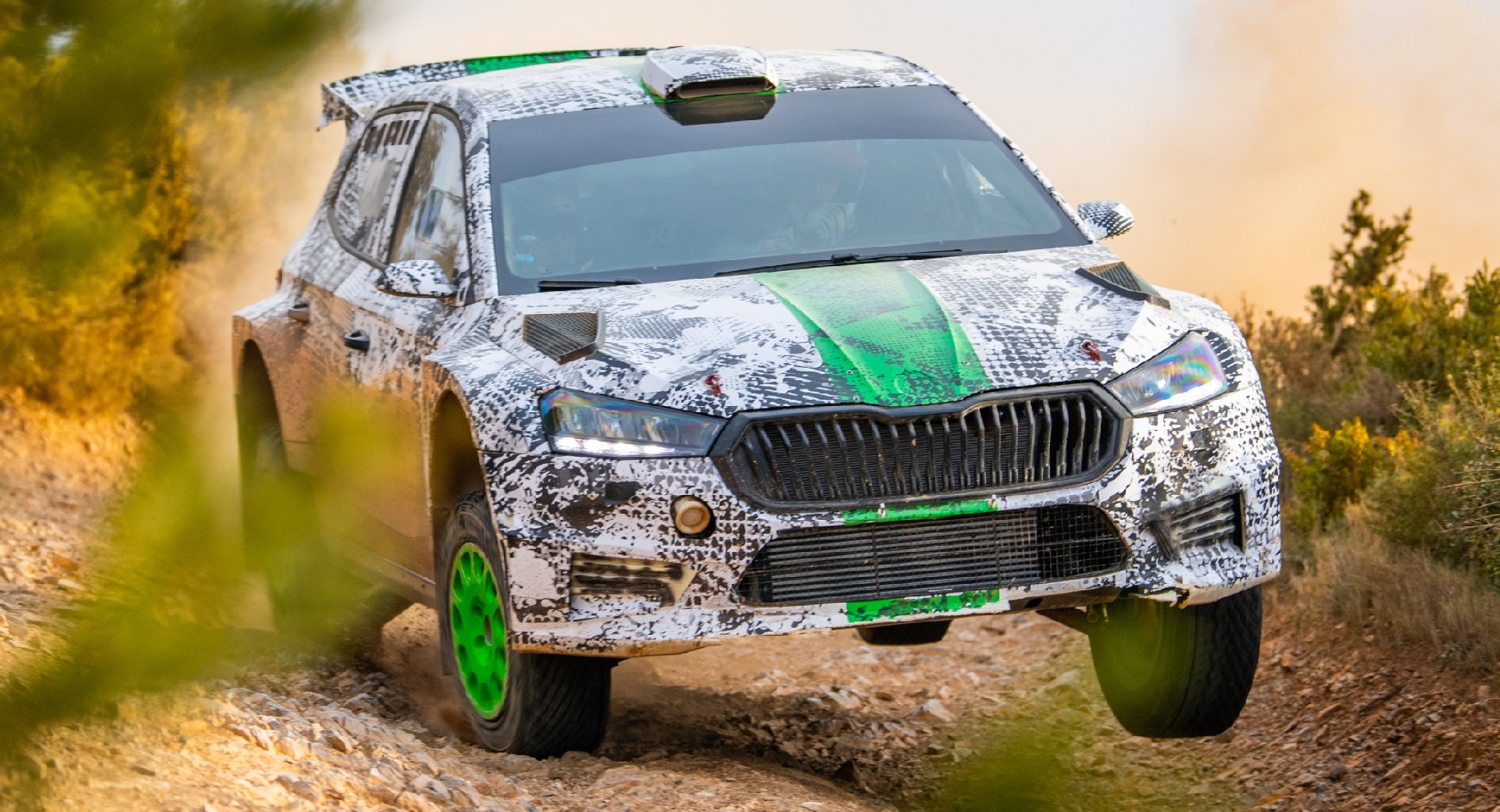 Skoda is putting the final touches on the new Fabia Rally2 rallycar that is based on the fourth generation of the supermini, set to replace the outgoing Rally2 Evo. The automaker gives us an insight into the development program through a series of photos, videos, and information, explaining what it takes to transform a production model into a rallycar.

In order to comply with the rules in the Rally2 category, racecars must use an identical body to an existing production model, with the exception of the aero components. Compared to the road-going Fabia, the rally version gets redesigned front and rear bumpers with deeper skirts, wide fender add-ons, rally-spec mirrors, a vented bonnet, a roof scoop, and a new rear wing designed for delivering optimum downforce.

The Fabia Rally2 is still covered in camouflage but that doesn’t hide the aggressive design. Depending on the specification – tarmac, gravel etc. – the rallycar gets a fitting set of wheels and tires, mudguards, additional LED lighting upfront, plus a different chassis setup. The latter is the work of Skoda’s engineers in collaboration with professional drivers Jan Kopecký, Andreas Mikkelsen, Kris Meeke and Emil Lindholm who played an important role in the development program.

The chassis is completely bespoke and has nothing in common with the MQB-based production vehicle. The rallycar has also gotten a new engine – which must be based on a production unit but could be sourced from another model – with increased power and torque figures compared to its predecessor. Power is sent to all four wheels through an AWD system and a bespoke rally-spec gearbox. The team claims that the new model is vastly improved in terms of weight balance, aerodynamics, crash safety, and handling. They benefited from the fact that the new Fabia is wider, has a larger engine compartment and a longer wheelbase than previous generations.

Aleš Rada, Head of Racing Car Engineering at Škoda Motorsport, said that the development of the new Fabia Rally2 started long before the premiere of the production-spec fourth-gen model. Their goal was to launch the rallycar about a year after the production model, benefiting from the new technology and also taking advantage of the exposure for marketing purposes. Predictably, the pandemic slowed down the team, since they had to work from home for a whole year. Not being able to build prototypes, they relied on virtual testing, using simulations and other digital tools.

We expect the new model to be fully unveiled later this year, when it will become available for private teams. Until then, you can enjoy the videos showing some action in all different kinds of rally stages. Unfortunately, the Fabia Rally2 won’t inspire a vRS hot hatch, with the rather mild Fabia Monte Carlo retaining its role as the fastest and most powerful variant of the supermini in production.