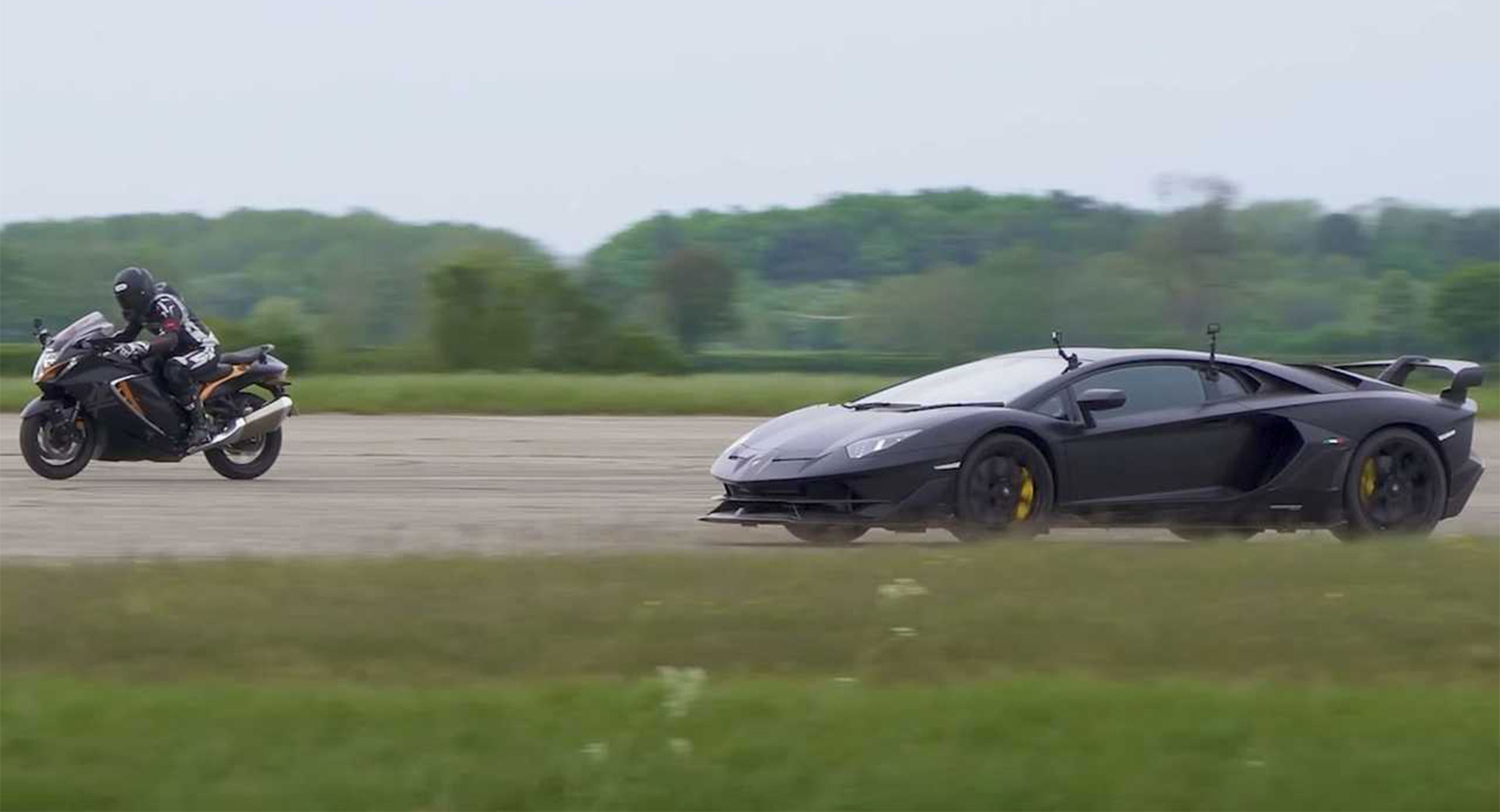 In the world of high-performance motorcycles, few are held in as high regard as the Suzuki GSX1300RR Hayabusa. For more than two decades, it has been one of the fastest-accelerating bikes on the planet and is capable of sprinting away pretty everything else on two or four wheels. With this in mind, surely there’s no chance a Lamborghini Aventador SVJ can hang with it?

The third-generation Hayabusa is equipped with a 1,340 cc naturally aspirated inline-four producing a grand total of 190 hp at 9,700 rpm and 110 lb-ft (150 Nm) of torque at 7,000 rpm. Those are monumental figures for a motorcycle and while the Suzuki is far from the most powerful production bike out there, it can hit 62 mph (100 km/h) in less than 3 seconds and race down the quarter-mile in well under 10 seconds.

Watch Also: The Lamborghini Aventador SVJ Is One Of The Last Great V12 Supercars

When pitted against the Aventador SVJ, the pressure is obviously on the rider to get a good launch and to somehow try to match the brutal launch control system of the Lamborghini. When the two pull away from the line in the first race, the driver of the SVJ gets a slightly better launch but the Suzuki isn’t far behind and is able to close the gap before the quarter-mile, ultimately taking the win.

The second race is equally as competitive, although the motorcyclist couldn’t quite match the Lamborghini off the line. However, as the race continued, the Suzuki began to cut down the Aventador’s lead and claim victory, crossing the finish line in 10.4 seconds compared to the 10.7 seconds of the Italian supercar.

Rounding things off is a rolling race where, unsurprisingly, the Suzuki gains yet another victory. However, host Mat Watson rightly points out the SVJ can hit 217 mph (350 km/h) whereas the bike is limited to 186 mph (300 km/h) so on the Autobahn, the Lambo would have the advantage.