TopCar first announced plans for its carbon-bodied 911 Turbo S in August last year and in January, showcased one of the first units it had built, dressed in brown carbon fiber. However, as a means of making a statement, this green carbon fiber Stinger GTR takes things to an entirely new level. 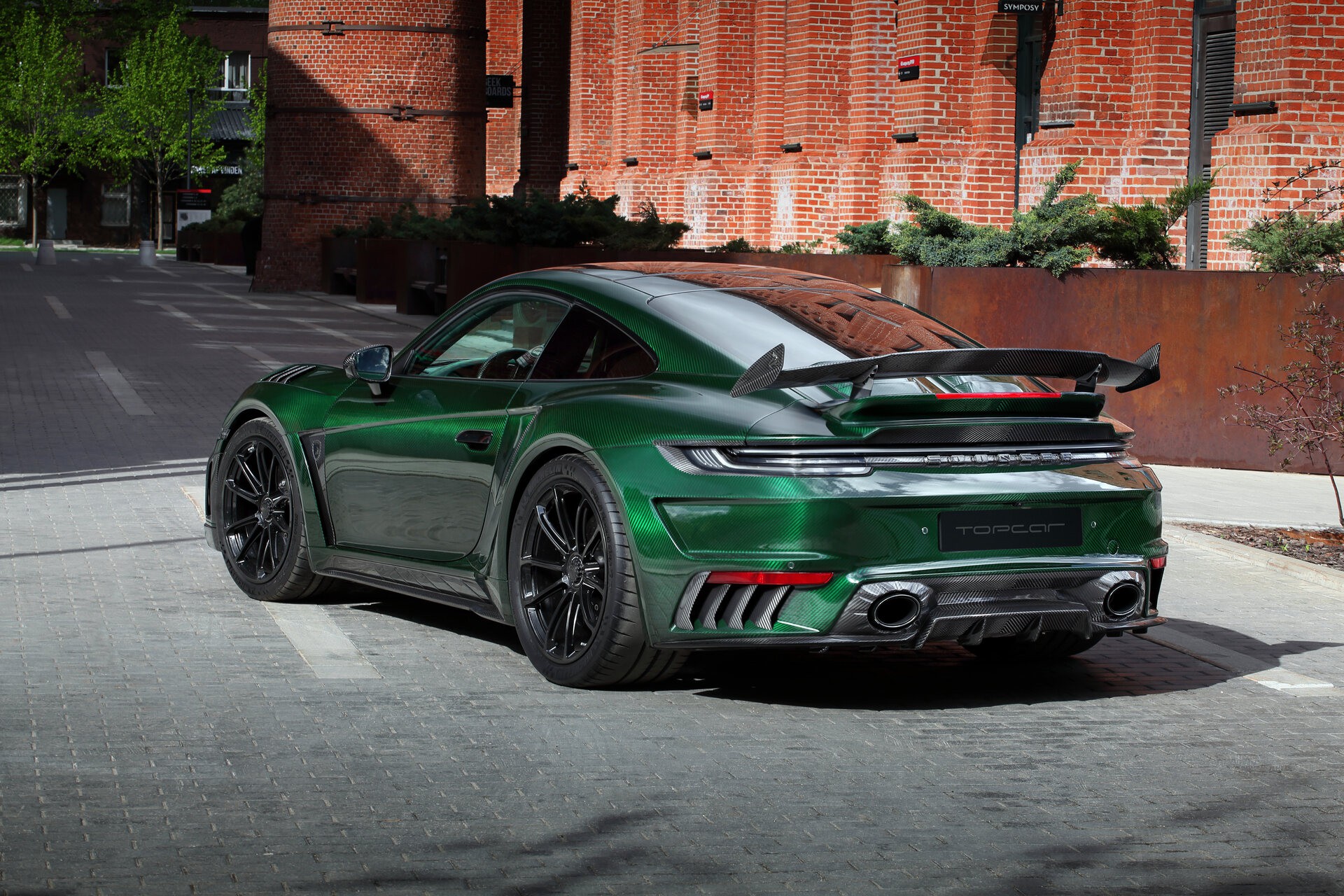 Colored carbon fiber like this was made popular by the likes of Pagani, Koenigsegg, and to a lesser extent, McLaren. Traditionally, carbon fiber can be given color by weaving different materials and dyeable yarns like glass, polyester and aramid into the carbon or by painting on a colored clear coat over the carbon. We’re not sure of the process that TopCar uses but the results speak for themselves.

A plethora of other modifications have been made to the Stinger GTR Limited Carbon Edition. For example, the front of the car benefits from an overhauled bumper and a revised aerodynamic splitter. TopCar has also engineered a new hood while also fitting new front quarter panels complete with louvers. The alterations continue down the sides of the car with unique skirts and the option of forged aluminum wheels measuring 20×9 inches at the front and 20×11.5 at the rear.

The modifications continue at the rear where there is a fixed wing and a unique bumper complete with an aggressive diffuser. TopCar also offers its customers an Akrapovic titanium exhaust for an extra €5,000 ($5,869).