BMW performed some serious surgery during the facelift of its X7 earlier this year, but it looks like Mercedes is playing it safe with the refresh of the GLS, its competitor in the large luxury SUV space.

While the X7 gained a controversial split-headlight arrangement Mercedes has chosen to retain the same basic front end layout, and only add some small tweaks to help the now three-year-old SUV keep buyers interested.

These pictures of a lightly disguised GLS prototype show that the base car’s upgrade plan fairly closely mirrors that of the plusher Mercedes-Maybach GLS we caught testing a few weeks ago. The two vehicles will features different grilles from one another to make Maybach buyers feel better about the additional $60k their dealer persuaded them to spend, and it’s likely that those grilles will be carefully re-styled to make the new cars easily identifiable as 2024 models.

We can also see the revised shape of the air intakes in the front bumper of this black GLS, which has an extended section of mesh running behind the license plate and across almost the full width pf the bumper. Strangely, the headlights appear unchanged from the ones fitted to current cars. They lack the small orange lenses seen on the outer edge of the headlights of existing GLS models in the U.S., but that feature isn’t present on European-spec models anyway.

Related: Watch And Hear The Ferocious Mercedes-AMG ONE Run Up The Goodwood Hill 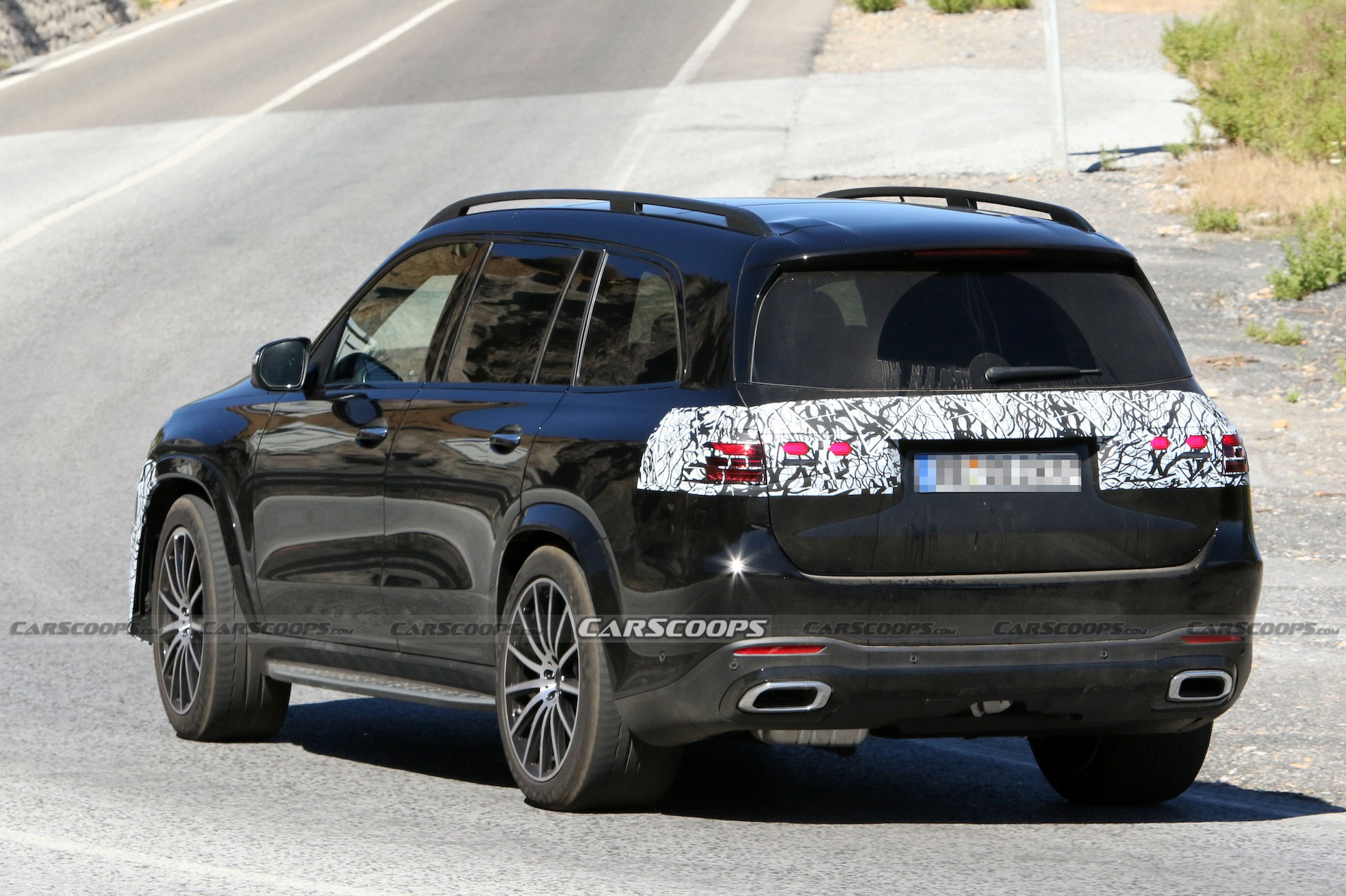 Disguise covering the rear light clusters suggest Mercedes is planning to make some more illuminating changes at that end of the GLS. Zooming in on the images reveal that the new rear lamps are the same shape as the existing units, but it it looks like the triangle and rectangle motifs seen when the car is running might be ditched for a more fashionable slim light bar.

Inside, we’re not expecting huge changes because the GLS already has a large media screen that blends seamlessly into a digital instrument display that’s almost as big. But the MBUX infotainment screen could go bigger again, and it’s likely to benefit from software and connectivity improvements and to ditch the old touchpad controller.