Porsche was apparently going to unveil the 992-generation 911 GT3 RS at the Goodwood Festival of Speed and while that didn’t happen, a prototype was recently filmed roaring around the Nurburgring at frightening speeds.

The German automaker has been testing the new 911 GT3 RS feverously in recent months and has slowly but surely started to peel back some of its camouflage. We can now get a clear look at its design and see the significant aerodynamic modifications that will distinguish it from the “regular” 911 GT3. But first, the soundtrack.

Watch Also: Is Supercharging A Porsche 911 GT3 RS A Step Too Far?

This new video of the car showcased the howling naturally-aspirated flat-six engine in all its glory. Specifications about this engine aren’t known but some rumors suggested Porsche may increase capacity from 4.0-liters to 4.2-liters in a bid to increase power. Regardless of the engine’s displacement, Porsche has somehow managed to retain that iconic GT3 soundtrack despite the need for petrol particulate filters that have been muting exhausts and engines in recent years.

As for the looks, changes made to the car are immediately noticeable at the front where Porsche has equipped the splitter with new fins. The sports car also rocks a unique hood with large air extraction vents. A pair of large aerodynamic louvers are also found on both front wheel arches. The shape and profile of the front quarter panels are particularly noteworthy due to the large opening at the rear, allowing you to see the front tires.

Elsewhere, Porsche has equipped the track-focused weapon with unique side skirts and overhauled the rear end. The most obvious update is the inclusion of a towering rear wing but the bumper and diffuser have also been changed to improve aerodynamics and increase downforce.

While it is not yet known when the car will launch, it is understood that customer deliveries could begin before the end of the year. 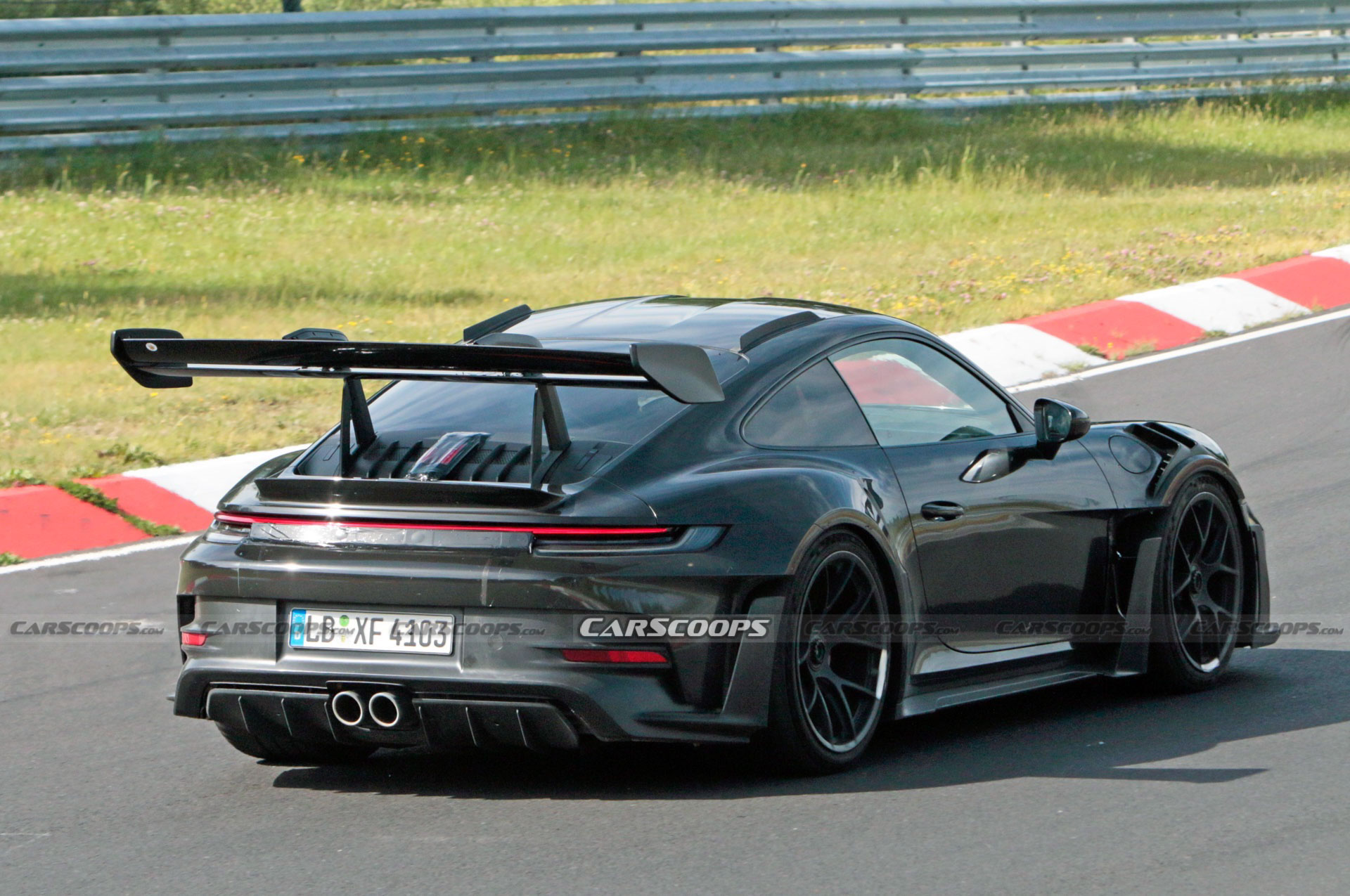