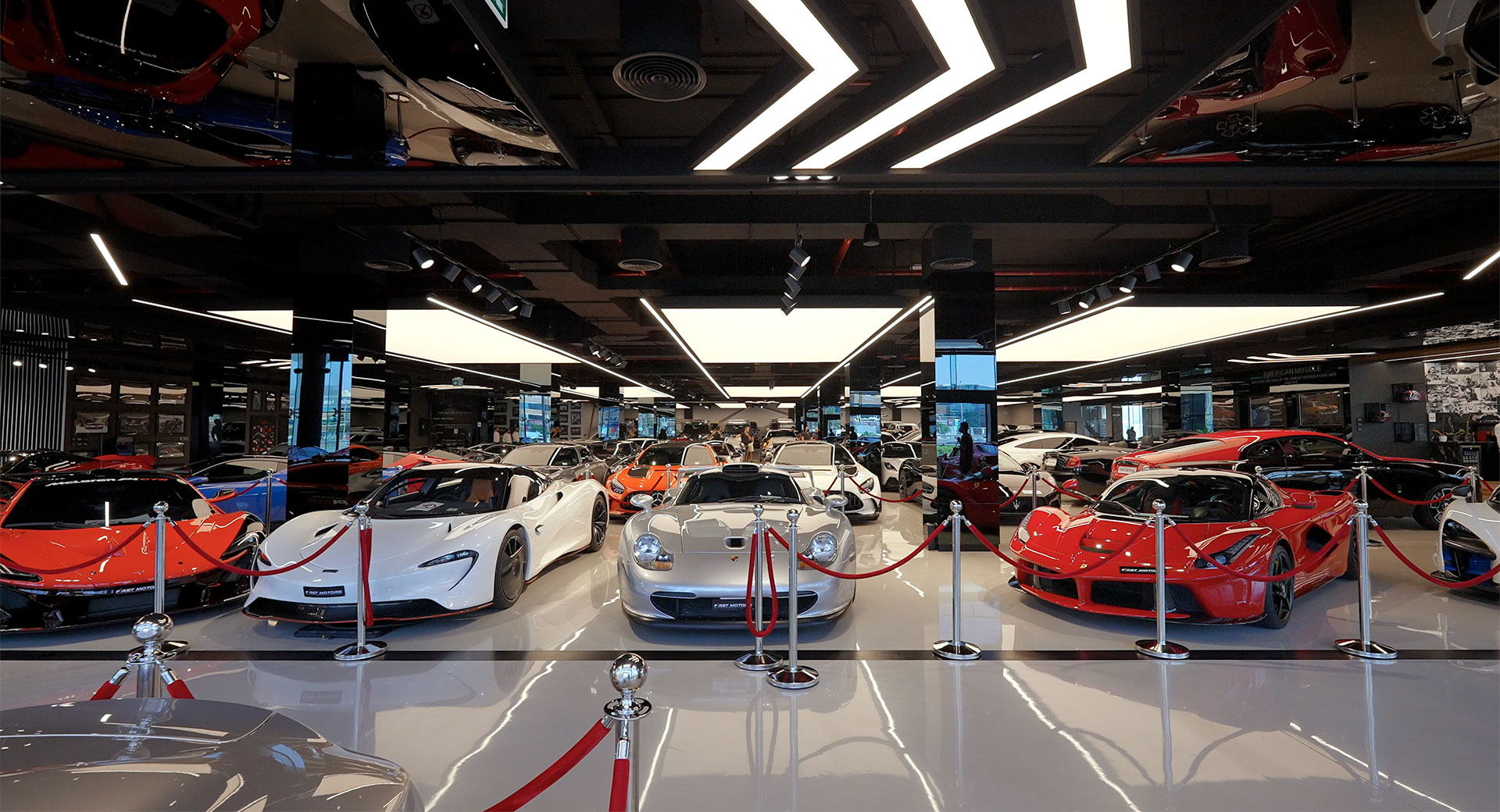 No city does exotic car dealerships quite like Dubai and F1rst Motors might just be the most exclusive of them all.

You may have heard about F1rst Motors in the past as they are routinely selling some of the planet’s most expensive cars. Recently, Enes Yilmazer had the opportunity to check out the dealership in question and while the facility has only been open for seven months, it has managed to acquire a staggering array of cars.

To get an idea of just how insane the showroom is, you just need to see the cars parked near the main entrance. They include a McLaren P1 GTR, a McLaren Speedtail, and a Porsche 911 GT1 Strassenversion with just one previous owner and listed for €15 million ($15.8 million), making it the most expensive car that F1rst Motors currently has in stock.

A number of other wild supercars and hypercars are featured. These include the only Lamborghini Sian FKP39 painted in yellow and a Bugatti Divo priced at an eye-watering $9.4 million. Making this particular Divo really stand out is the gorgeous matte blue body.

It’s not just wild, limited-edition hypercars that the dealer currently has in stock. Also found within its showroom are a plethora of slightly more ‘affordable’ supercars, including a handful of Mercedes-AMG GT Black Series, numerous Lamborghini Urus and Mercedes-Benz G-Class models, Porsche 911 GT3s, McLaren 720Ss, Lamborghini Aventadors, Lamborghini Huracans, and a Ford GT.