The Skoda Kamiq arrived after the seven-seat Kodiaq and its Karoq little brother, but distinctive two-deck lights helped give the smallest SUV its own identity and ensured it wasn’t mistaken for a jacked-up Fabia hatch when it hit the market in 2019.

That split light treatment has now been picked up wholesale across the industry so Skoda has opted to keep it in place for the 2023 facelifted car, though on our spy shots the main headlights are covered by disguise, leaving just the slim DRLs visible.

We might not be able to see the headlight units through the disguise but we can see that Skoda’s designers have given the Kamiq a new bumper that seems to have a smaller blacked-out lower intake section, and new vents carved into the painted areas just ahead of each front wheel.

And we can also make out a new grille, which is less vee-shaped than before and looks strangely similar to the one Kia was using on some of its cars until recently. Skoda doesn’t appear to have made any changes to the doors, mirrors, or rear hatch, and it looks like the rear light clusters are the same basic shape as before. But the light pattern visible through the disguise is slightly different this time around, and there’s a new rear bumper that has reflective strips moved inboard and down.

Related: Skoda Afriq Is A Two-Door Kamiq Rallycar With An Octavia AWD Powertrain 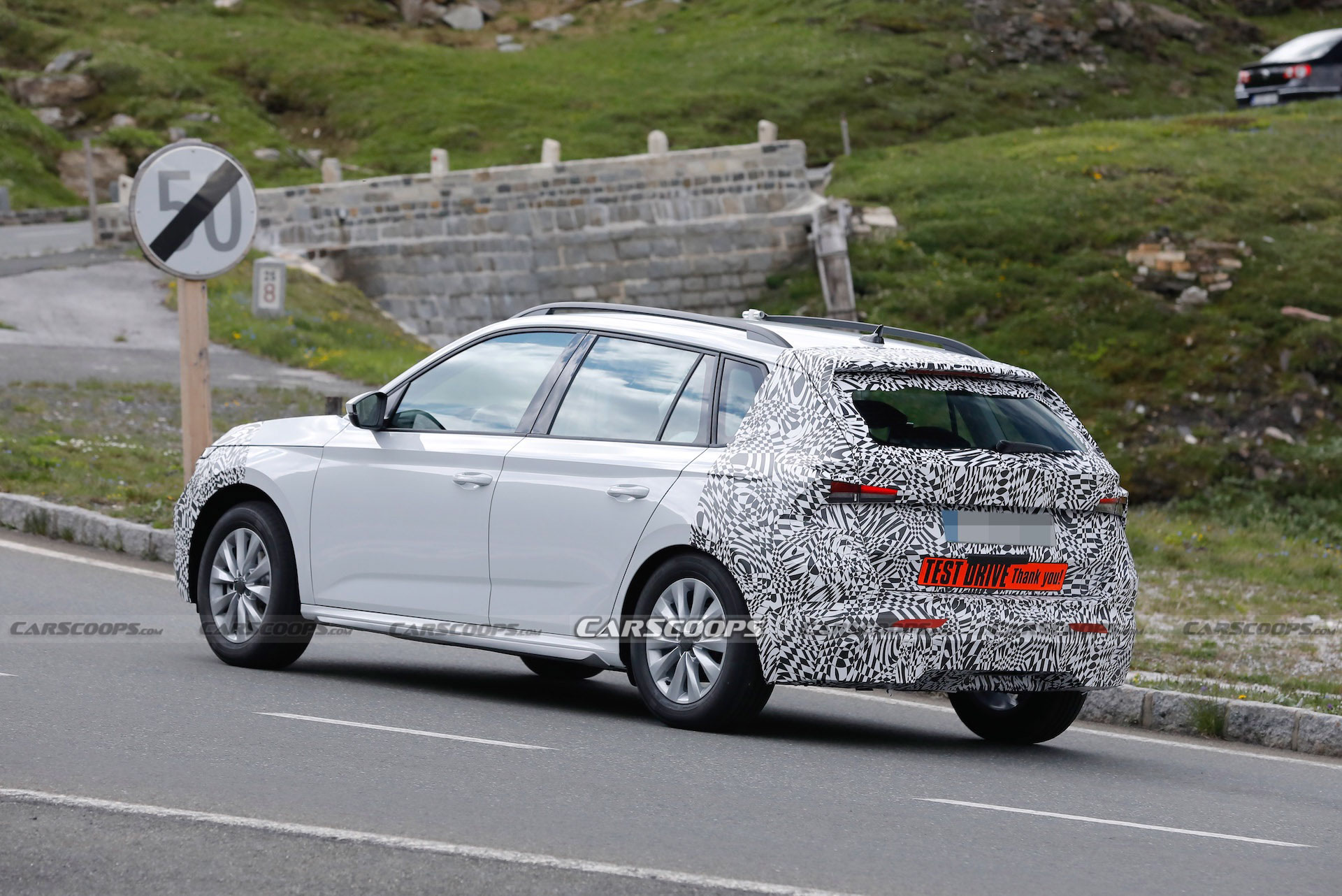 We’re not expecting to see any earth-shattering mechanical changes in the 2023 model’s hardware, meaning buyers will likely get to choose from the same lineup of three- and four-cylinder petrol and diesel engines, all driving the front wheels only through a choice of manual or dual-clutch automatic transmissions.

For most markets that will mean the range starts with a 94 hp (95 PS) turbocharged 1.0-liter triple that requires 11.1 seconds to get to 62 mph (100 km/h). At the other end of the scale, there’s a 1.5-liter turbocharged inline-four that can do the same job in 8 seconds, and looks pretty sporty in Monte Carlo trim. But that’s as quick as the Kamiq currently gets, and we think Skoda is unlikely to change that by introducing a vRS version to the facelifted range.