Mercedes introduced the redesigned GLC last month and now attention is turning to the high-performance variants.

While spy photographers have already snapped the upcoming GLC 43, we’re getting a better look at the range-topping GLC 63.

Caught undergoing testing in Europe, the high-performance crossover has a wide Panamericana grille which is flanked by LED headlights. They’re joined by sportier side skirts and lightweight wheels that are backed up by a beefy braking system with red calipers. 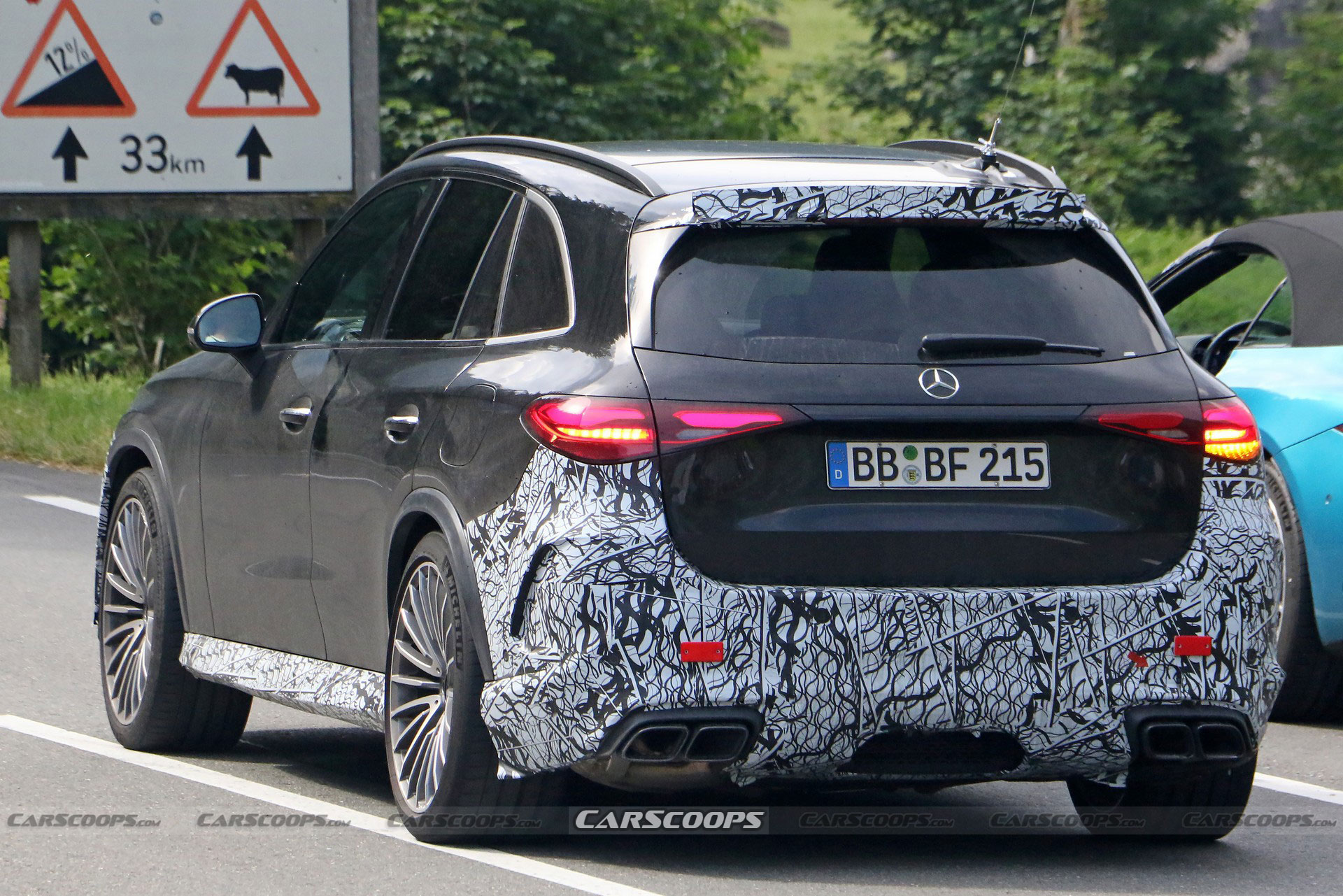 The sporty styling continues out back as the model has a unique rear bumper and a four-tailpipe exhaust system with squared off tips. It’s also interesting to note the rear spoiler is camouflaged, so it might be slightly different than the one found on the regular model.

Spy photographers didn’t get close enough to snap interior pictures this time around, but previous shots have shown carbon fiber trim as well as a flat-bottomed steering wheel. Other highlights will include supportive sport seats, a 12.3-inch digital instrument cluster, and an 11.9-inch infotainment system with a portrait orientation. 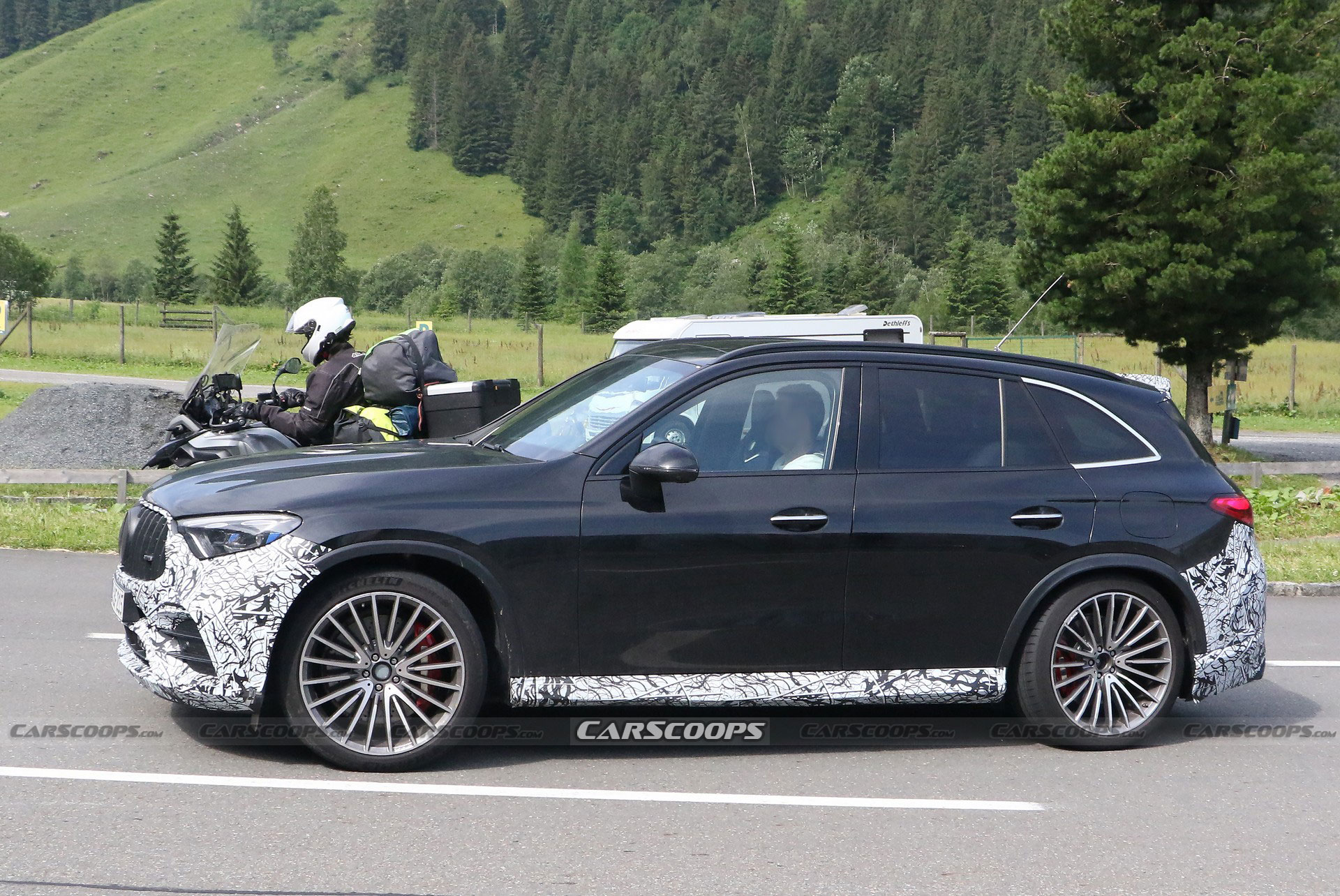