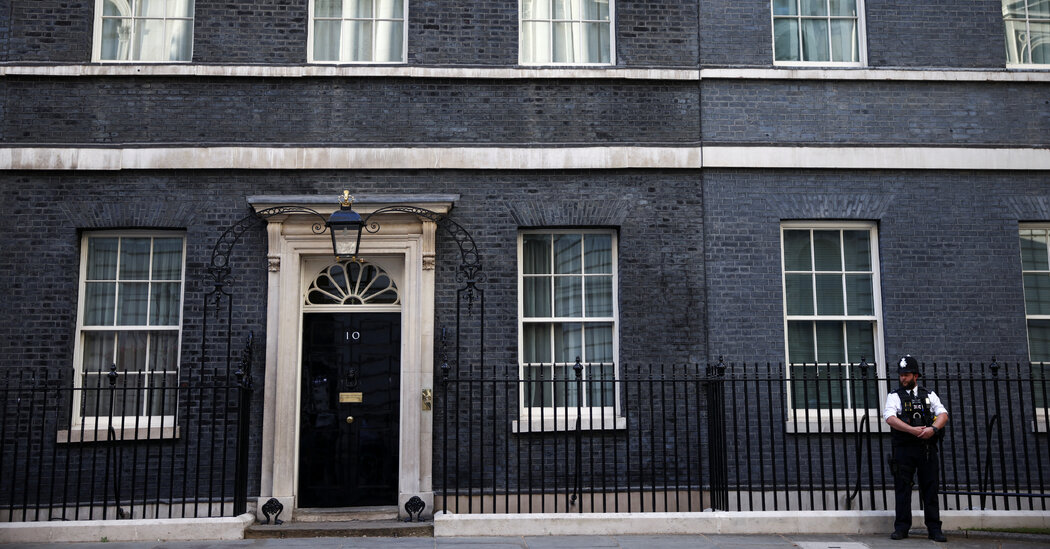 The resignation of Prime Minister Boris Johnson as leader of Britain’s Conservative Party does not prompt a general election. Instead, it kicks off a process to select a new party leader, who will then move into 10 Downing Street.

Under the British parliamentary system, the political party with the most lawmakers gets the chance to form a government. So if that party changes its leader, the country changes its prime minister without the voters having a say.

That is how Mr. Johnson initially came to power in 2019, when he replaced Theresa May as prime minister, though he then went on to win a general election by a landslide that December. Mrs. May also took over without a general election, from David Cameron, when he resigned in 2016 after losing the Brexit referendum.

Because the process for choosing a party leader is not swift, the departing prime minister normally stays in post until his or her successor is chosen. That is what Downing Street officials say will happen this time.

Though that is likely to keep Mr. Johnson as caretaker until September, that is not certain, and the timetable is not in Downing Street’s hands.

Instead, it will be determined by a powerful body known as the 1922 Committee — named for a meeting a century ago that deposed a previous Conservative leader — which represents the Conservative Party’s backbench lawmakers and is the guardian of their rule book.

It will soon outline the timetable for elections to be the new Conservative Party leader, which will be a two-stage process.

First, Conservative lawmakers will choose their two top candidates for the post. That will be done by a series of ballots, and most analysts expect this part of the contest to be completed before Parliament takes its summer vacation, scheduled for July 21.

That shortlist will then go to the wider membership of the Conservative Party — about 200,000 people who pay a standard annual subscription of 25 pounds, about $30 — which will make the final choice.

In 2019, when Mr. Johnson defeated the former cabinet minister Jeremy Hunt, there was a campaign lasting several weeks during which the two contenders held hustings around the country.

In this case, it is likely that the contest will be completed in early September, at which point, the result of the vote among Conservative Party members will be announced and the new leader will move into Downing Street.

That would give the new prime minister time to prepare for a set-piece launch of their premiership at the Conservative Party’s annual conference, which is scheduled to take place in Birmingham early in October.