Lamborghini is hard at work testing the hybrid successor to the now-iconic Aventador, and our spy photographers were able to capture it out testing once again. The new Italian supercar, which has yet to be given a name, will be the first new Lamborghini flagship in over a decade.

Up front, it’s somewhat hard to tell exactly what the design looks like, but from what’s visible, the first thing we notice are the two L-shaped channels on the hood. Moving down, we can see a set of headlights whose outer edge follows the lines of the bumper like on the Sian FKP 37, and based on the light strip stretching across the middle and the overall triangular shape of the cutout, we could see Lamborghini go with a design similar to that car’s distinctive Y-shaped headlights. Rounding off the front is a set of hexagonal lower intakes that merge into the headlights on one end and meet with the bumper’s leading edge on the other. 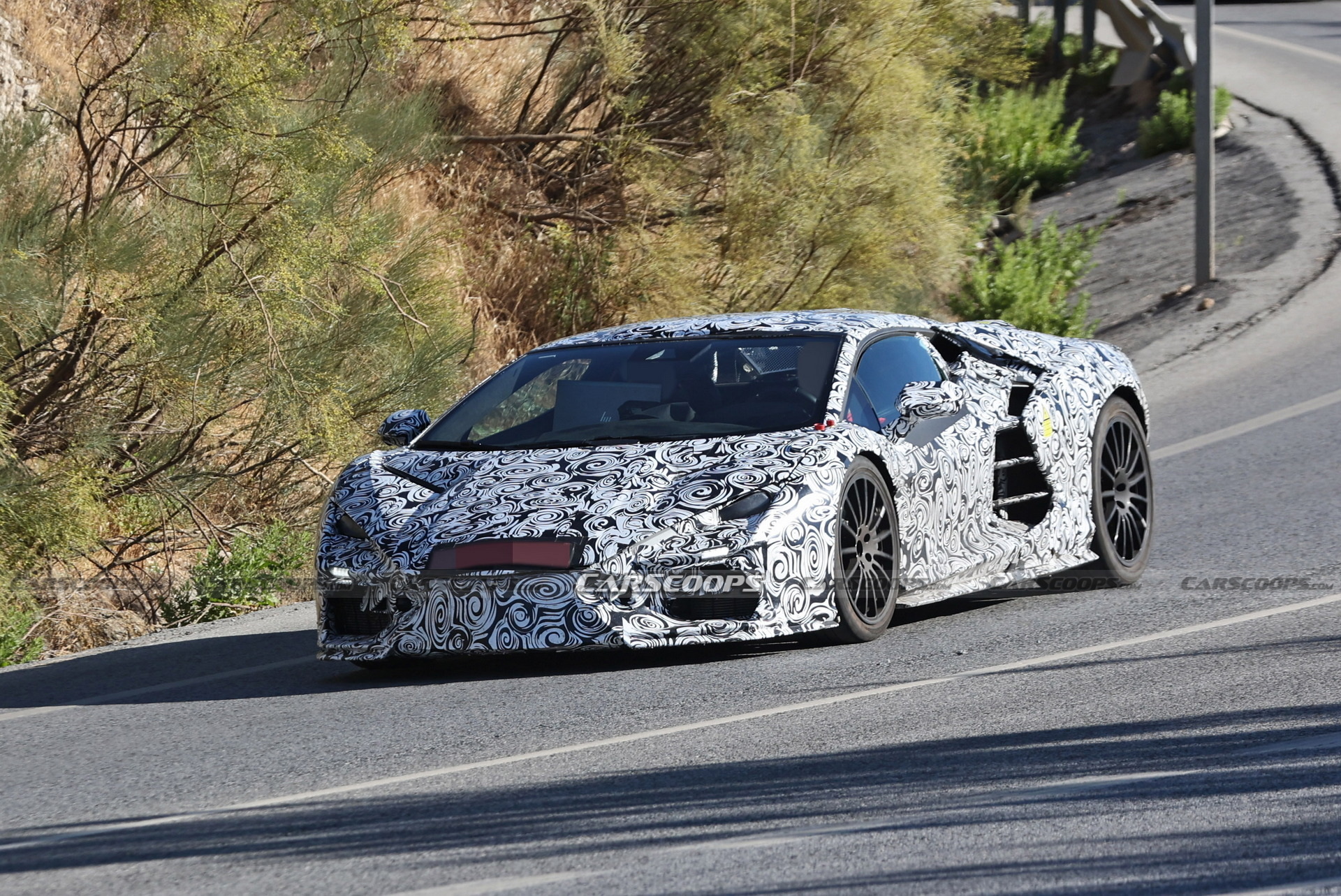 At the rear, the top edge of the bumper is home to an active spoiler, and it features an intricate profile shaped by the elements below it. Those elements include a set of quad exhaust tips in a hexagonal housing flanked by Y-shaped LED taillights on either side. Moving down, there are two hexagonal air outlets at the bottom of the bumper which give way to a massive diffuser. Also visible from the rear are the car’s flying buttresses, which sit just aft of the cabin, as well as the new engine cover.

The side profile shows a large intake canted forward compared to the Aventador‘s rearward-canted one, and it stretches all the way up the rear fenders into the flying buttresses to create a zig-zag-shaped cut in the bodywork. To break it up and add support, the intake features three horizontal strakes, while other details of the side include aggressive rocker panels as well as a set of multi-spoke wheels.

See Also: Get A Closer Look To The Lamborghini Aventador’s Electrified Successor 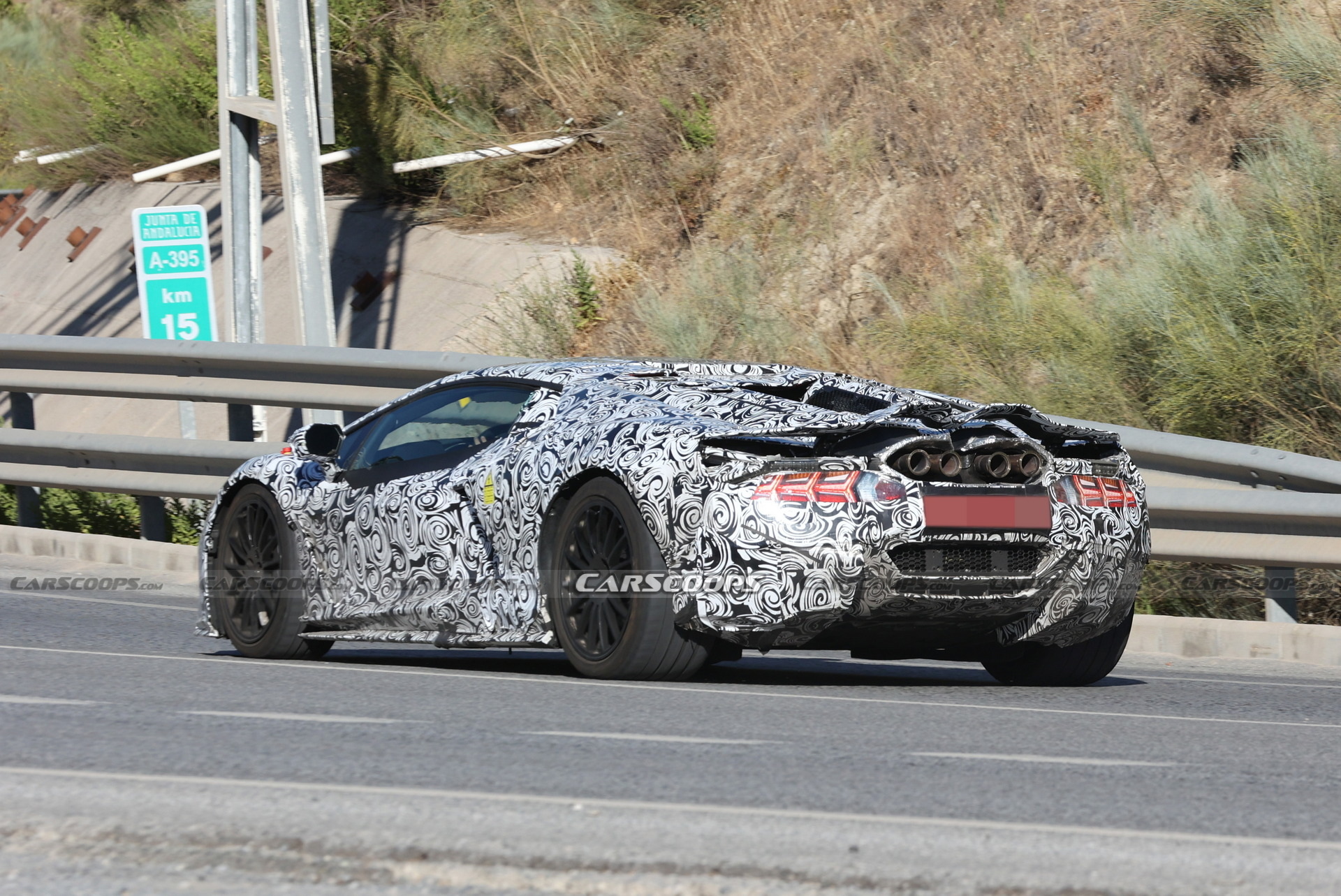 Powering the yet-to-be-named Aventador successor will be a plug-in hybrid V12 powertrain, though it won’t share any components with the mild-hybrid Sian and Countach. Instead, it will feature an all-new engine, electric motor(s), transmission, and battery to offer even more firepower while also complying with tightening emissions restrictions. Following the facelifted Urus and the Huracan Sterrato, the new flagship Lamborghini is expected to make its debut sometime in 2023 as the first of many electrified vehicles from the automaker to come until their first all-electric model arrives in 2027-2028.