Back in 2016, Lamborghini decided to mark the 50th anniversary of the first supercar, the Miura, by building 50 special edition Aventadors. Now, one is up for sale.

More specifically, this example is being sold in Buckinghamshire and according to Collecting Cars, which is hosting the auction, it is just one of three Miura homages supplied for the UK market.

That means it’s a right-hand-drive model, which ought to make it much more appealing to customers in those markets where cars drive on the wrong side of the road. And making it even rarer, it’s believed to be just one of two signed by Stefano Domenicali, the former head of Lamborghini and current head of F1. 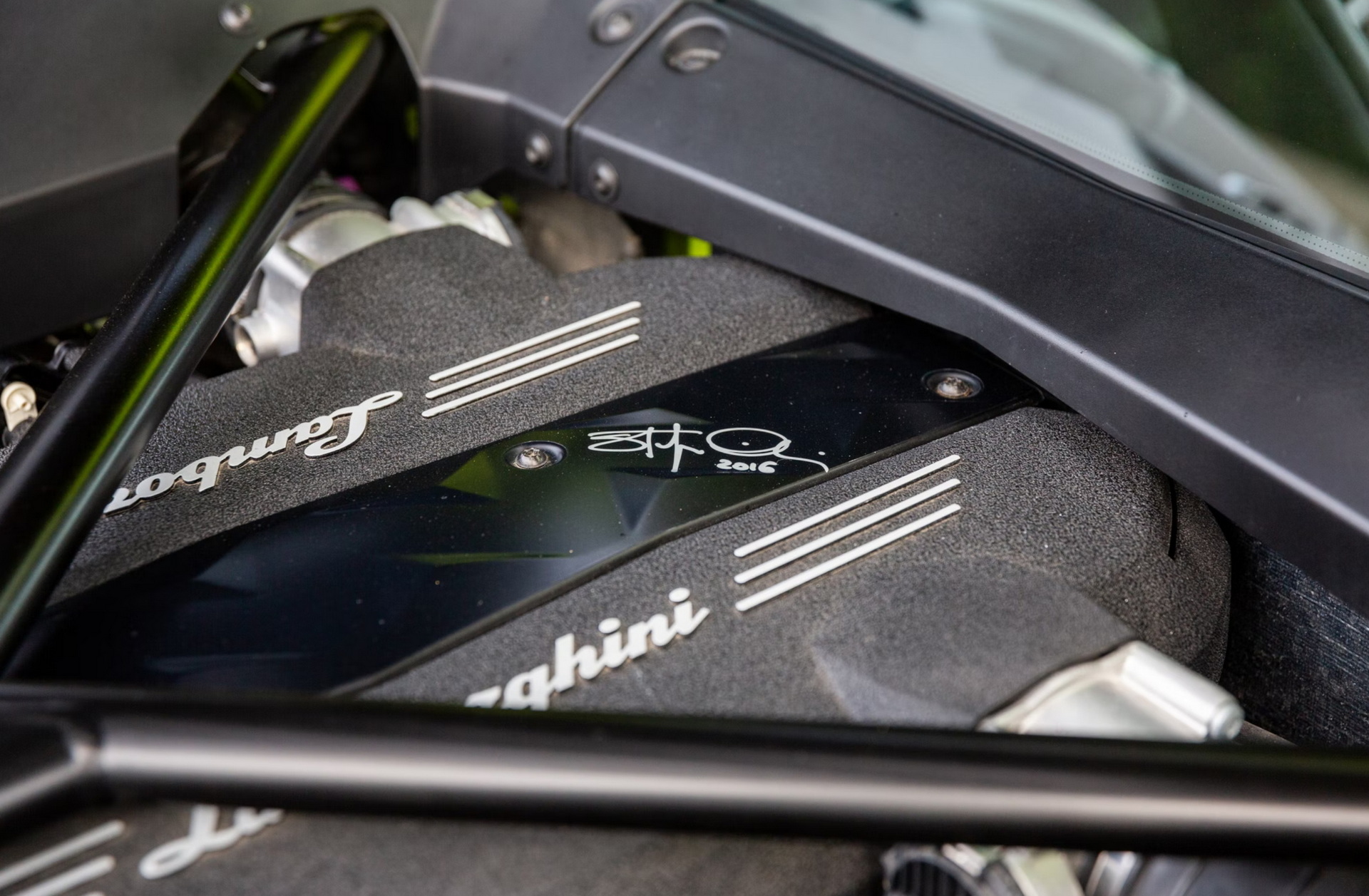 The Aventador Miura Homage was built to order by Lamborghini’s Ad Personam department in one of 18 colors that could be matched to either matte gold or silver accents that were modeled on the Miura. It also got a number of badges, plaques, and embroideries to make sure no one ever forgets it’s a special edition.

This one is painted Verde Scandal and has silver accents. It also has a number of optional extras, like carbon ceramic brakes, matte silver Dione alloy wheels, the carbon interior package, the Miura branding package, and a full indoor car cover, which has helped keep the green paint pristine.

Presented in like-new condition, the Lamborghini Aventador LP 700-4 Miura Homage comes with all of its booklets and a complete record of its care. The auction, which is being handled by Collecting Cars, ends on Sunday, July 10 at 2:53 p.m. UK time (9:53 a.m. EST).