Police in Canada have seized a Lamborghini Aventador that was spotted speeding at almost three times the speed limit.

The incident happened earlier in the month near Toronto. The local York Regional Police clocked the Italian supercar traveling at 170 km/h (106 mph) in a 60 km/h (37 mph) zone. It goes without saying that driving at such speeds is beyond irresponsible.

Read Also: One Of The 50 Lamborghini Aventador LP 700-4 Miura Homages Is Up For Sale

While the York Regional Police haven’t provided a lot of detail about the incident, they did confirm that the Aventador was seized on the scene and will be sitting in an impound lot for 14 days. In addition, the driver has had his license suspended for 30 days and was charged with stunt driving.

In Ontario, stunt driving encompasses speeding, street racing, contests, and engaging in other dangerous driving practices in a motor vehicle. Punishments vary depending on the seriousness of the offense, but those charged with stunt driving face a fine that could range from CA$2,000 ($1,537) to CA$10,000 ($7,686). They are also hit with a minimum of 6 demerit points.

The York Regional Police states that the speeding Aventador was spotted on a stretch of road where many collisions occur.

“This incident occurred on the stretch of roadway with the highest number of collisions annually in our region,” the department wrote on Twitter. “Speed can kill. So no, we never get tired of yanking stunt drivers off our roads.”

Many Twitter users appear upset that the penalties are not harsh enough, with one stating the Lamborghini driver should lose their license for at least a year and that fines geared to income could be a good idea. 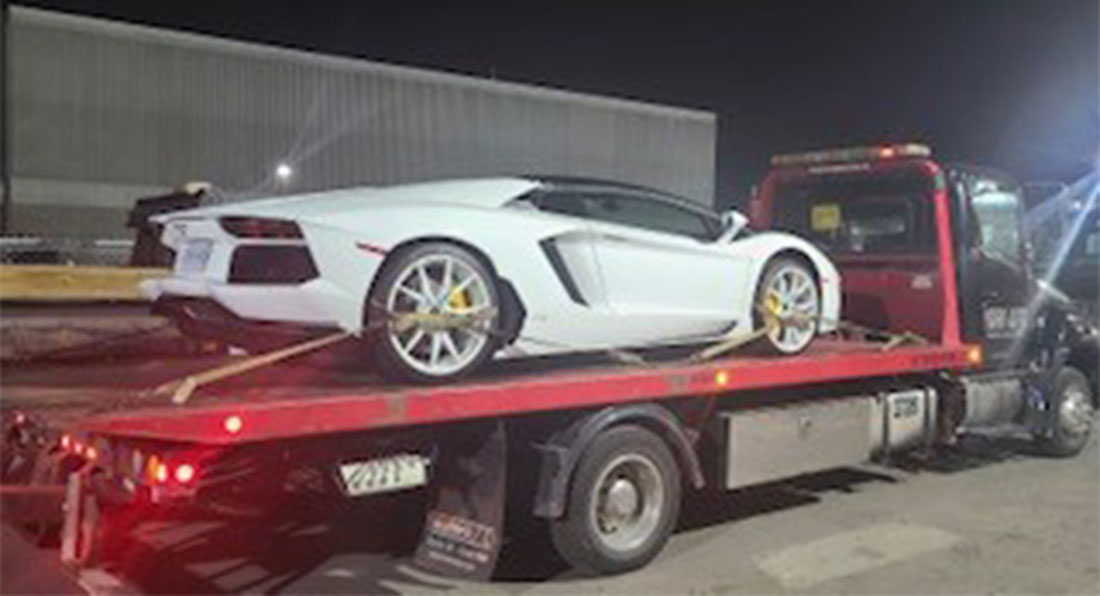