The 2001 Acura Integra Type R is widely regarded as one of the best-handling front-wheel-drive cars ever conceived and while they’re no longer as affordable as they once were, we’d still much rather own this particular example than the latest-generation Integra.

Currently listed up for auction through Bring a Trailer, this Integra Type R is #145 of approximately 1,173 examples that were built for the U.S. market for the 2001 model year. It is painted in the famed shade of Phoenix Yellow and is being sold with ~97,000 miles (~156,000 km) on the clock, a Carfax report, and a clean Idaho title in the seller’s name.

Read Also: We Wish The New Acura Integra Looked Something Like This

The original 15-inch seven-spoke alloy wheels have been retained and are wrapped in 205/50 Hankook Ventus V2 concept2 tires. While the paint does have some blemishes, the exterior of the car looks to have been well maintained. 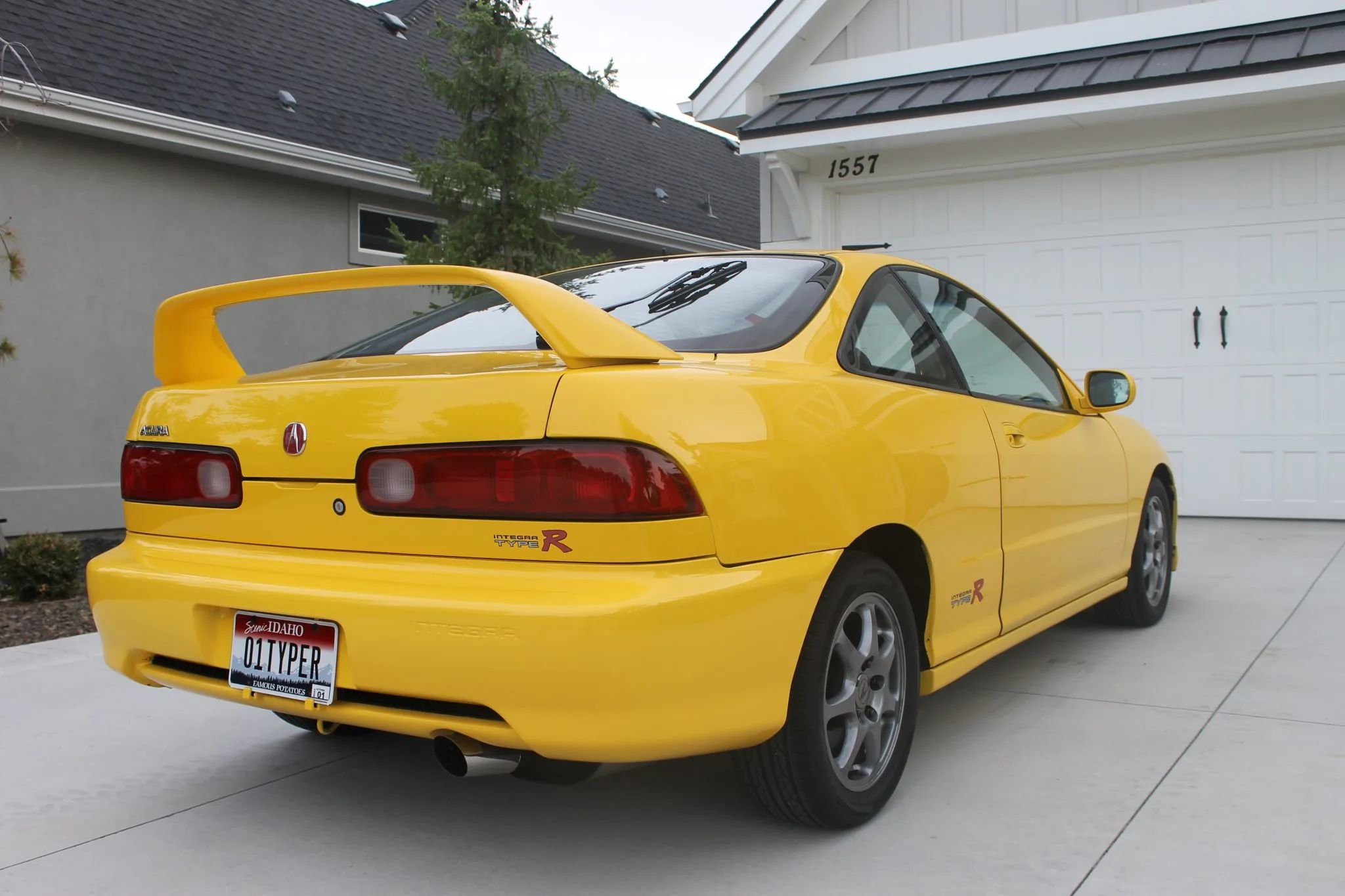 Found in the cabin is black microsuede across the seats and complete with red accent stitching. The car also has Type R-branded floor mats and includes air conditioning and a digital clock. Unfortunately, the CD stereo system only works intermittently, meaning the future owner would need to replace it or instead just listen to the rev-happy four-cylinder.

Speaking of the four-cylinder, it is Honda’s famed B18C5, a 1.8-liter naturally-aspirated mill that pumped out 195 hp and 130 lb-ft (176 lbs) of torque when it was new. Both the timing belt and water pump were replaced last year and power is sent to the front wheels courtesy of a five-speed manual transmission and a limited-slip differential.

While no modifications have been made to the engine, the listing reveals that the car has a Skunk2 Racing front camber kit and rides on a set of new Bilstein shocks.