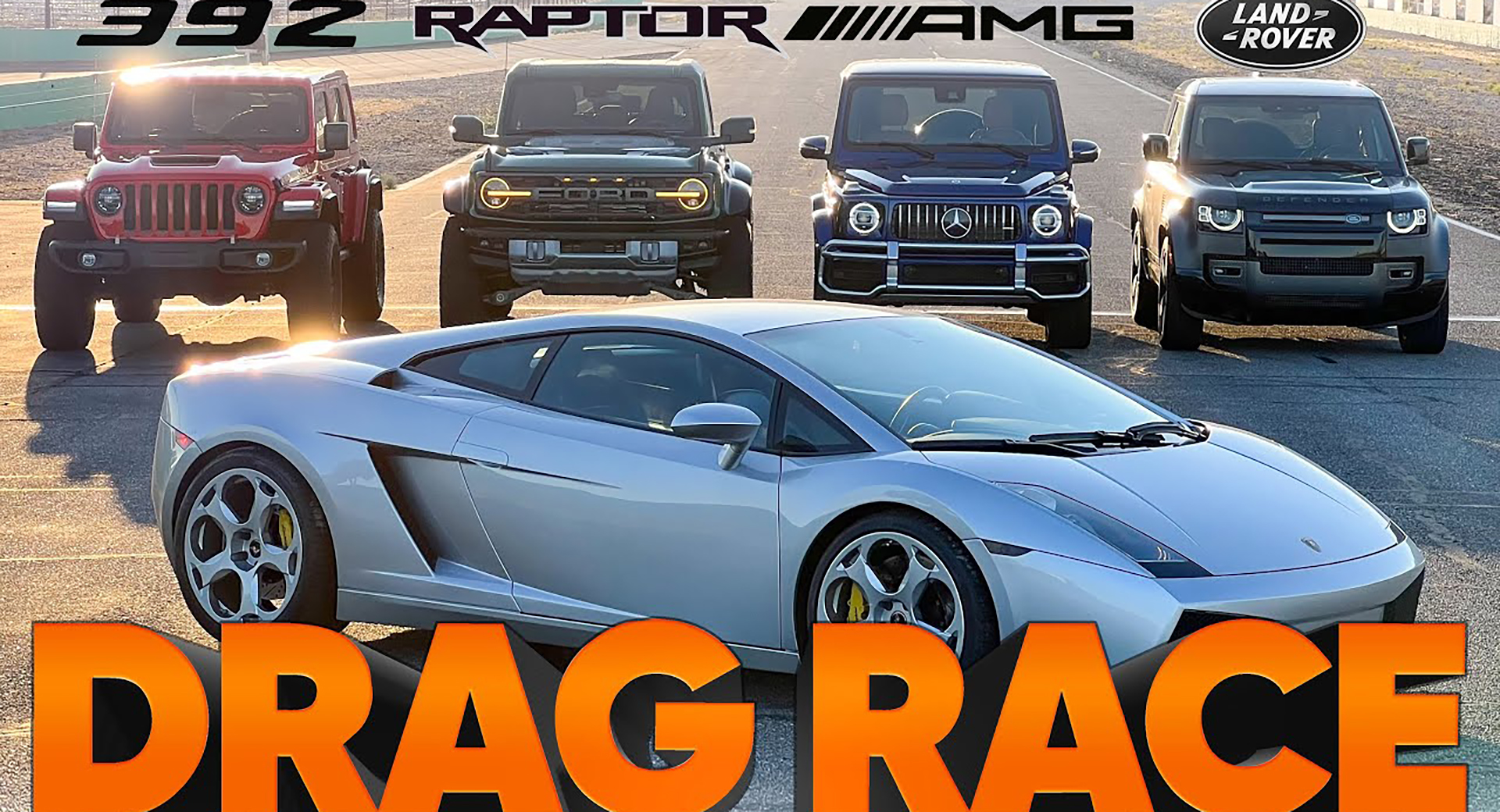 In today’s day and age, automakers are able to pull off incredible feats of engineering with their vehicles, so much so that even off-road SUVs are now able to keep pace with the supercars of yesteryear. To find out exactly how much faster they are, Hagerty decided to drag race four of today’s fastest off-roaders against an 18-year-old Lamborghini.

On the SUV side, the contenders included the Ford Bronco Raptor, the Jeep Wrangler 392, the Mercedes-AMG G63, and the Land Rover Defender 90 V8, while the supercar in question is a Lamborghini Gallardo. The vehicles range in cylinder count from 6 to 10, but they all make at least 400 horsepower and send it to all four wheels in some way or another.

Read More: Can The Ford Bronco Raptor Keep Pace With A Jeep Wrangler 392?

See Also: Can A Porsche 918 Spyder Hang With A KTM MotoGP Bike In A Straight Line?

For reference, the Gallardo makes 493 hp (500 PS / 368 kW) and 376 lb-ft (498 Nm) of torque from a naturally aspirated 5.0-liter V10, but it only weighs 3,580 lb (1,624 kg), making it nearly a ton lighter than the next lightest vehicle in the whole competition. At first, the G63 really looked like it had the advantage over the Gallardo, but after the launch, where the Lambo had the disadvantage due to its manual transmission, the Italian supercar took off like a rocket and managed to cross the line 0.1 seconds before the G-Wagen.

That just goes to show how fast the Mercedes really is, as well as all the other SUVs for that matter. If you went back to 2004 when that Lamborghini was new and told them that even the slowest of these 2.5-ton SUVs finished a quarter mile just 2.3 seconds behind the V10 supercar, they’d be flabbergasted, and that truly shows how far modern automotive technology has come.