A lovely 1968 Jaguar E-Type (or XKE) Series 1.5 Roadster is looking for a new home and if you’re looking for a car that could double as a stunning museum piece, this could be perfect.

Jaguar E-Type models as part of the Series 1.5 share some commonalities with Series I and Series II models. For example, it has exposed headlights like the Series II but has Series I features like a smaller front grille opening, revised taillights, and turn signals on the corners of the front bumper. Other key exterior features include a tan soft top, a louvered hood, and a chrome driver’s side mirror.

Read Also: Check Out This 1965 E-Type Roadster With Bespoke Paint And Other Goodies From Jaguar Classic

Making the British sports car all the more gorgeous are the polished 15-inch wire wheels complete with red stripe tires. 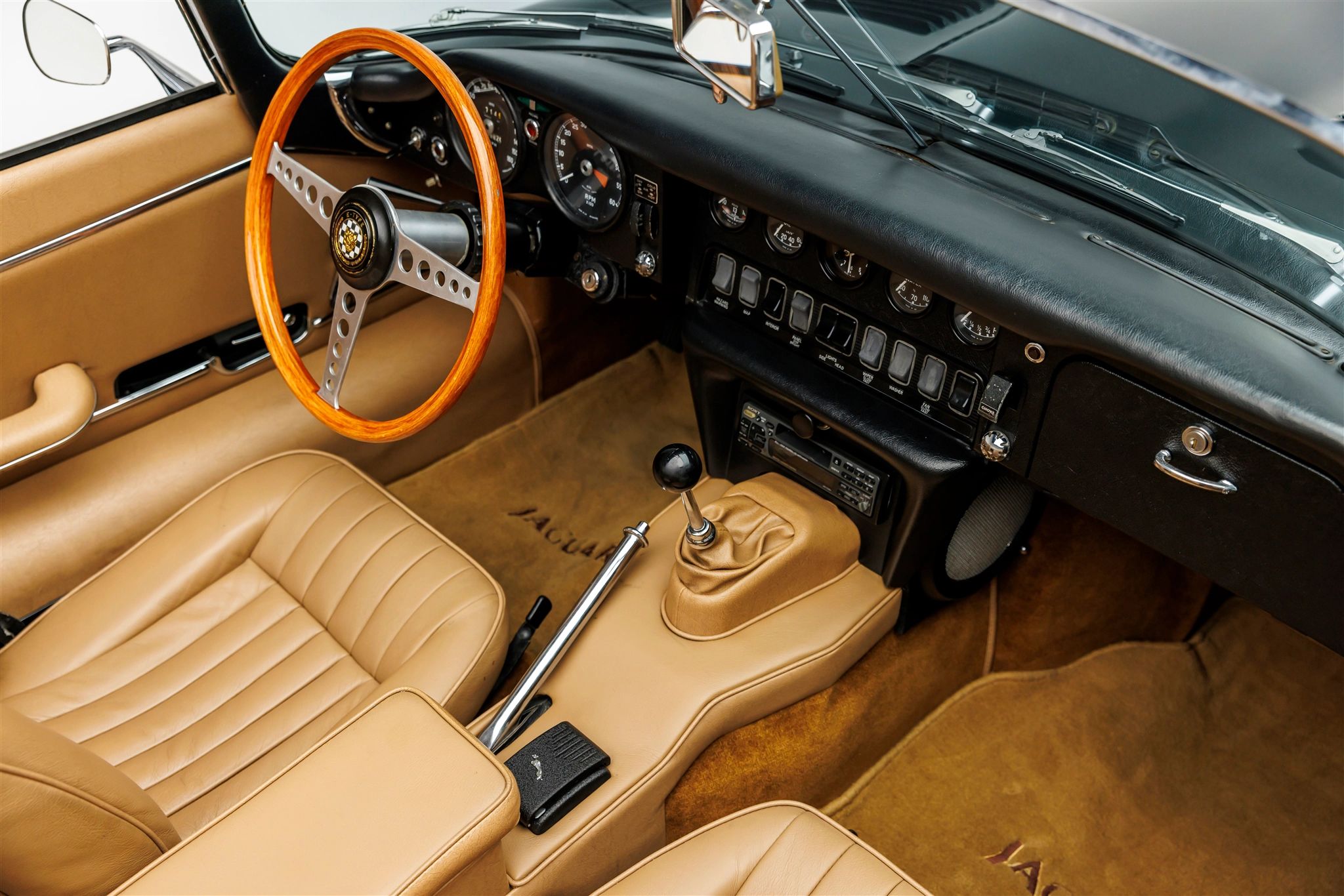 For those that don’t know, the E-Type is the same as the XKE, it was just marketed as the XKE in the United States. It is without question one of the most beautiful cars ever designed and this particular example has been listed with service records dating back to 1970, manufacturer’s literature, and a clean California title. It was originally painted in a shade dubbed Sable but has been repainted in the current shade of dark green.

Power comes courtesy of a 4.2-liter inline-six that sports dual SU carburetors and produced 246 hp and 263 lb-ft (356 Nm) when it was new. This engine is mated to a four-speed manual transmission driving the rear wheels.

The Bring a Trailer listing notes that the car has been driven approximately 40,000 miles (~64,000 km) since rolling out of the factory.