The 2023 Acura Integra has reached the next milestone in the model’s history, but it’s no cause for celebration. After the spy shots, the teaser images, the first official pictures and the independent test drives, here come the salvage auction pics.

Yes, despite deliveries of the model not beginning until June 2002, at least two cars have already been wrecked and are up for sale through IAA. Both are desirable A-Spec Tech-Pack cars, but at least one of them won’t be going anywhere near the road again unless its body panels are recycled and reconstituted as fenders for another car.

The blue car is located in Concord, NC, and has definitely fared the better of the pair. The action info declares that it runs and drives, though since the nearside front wheel has more positive camber than a Corvair rear axle in a panic oversteer situation, it probably won’t get you very far. 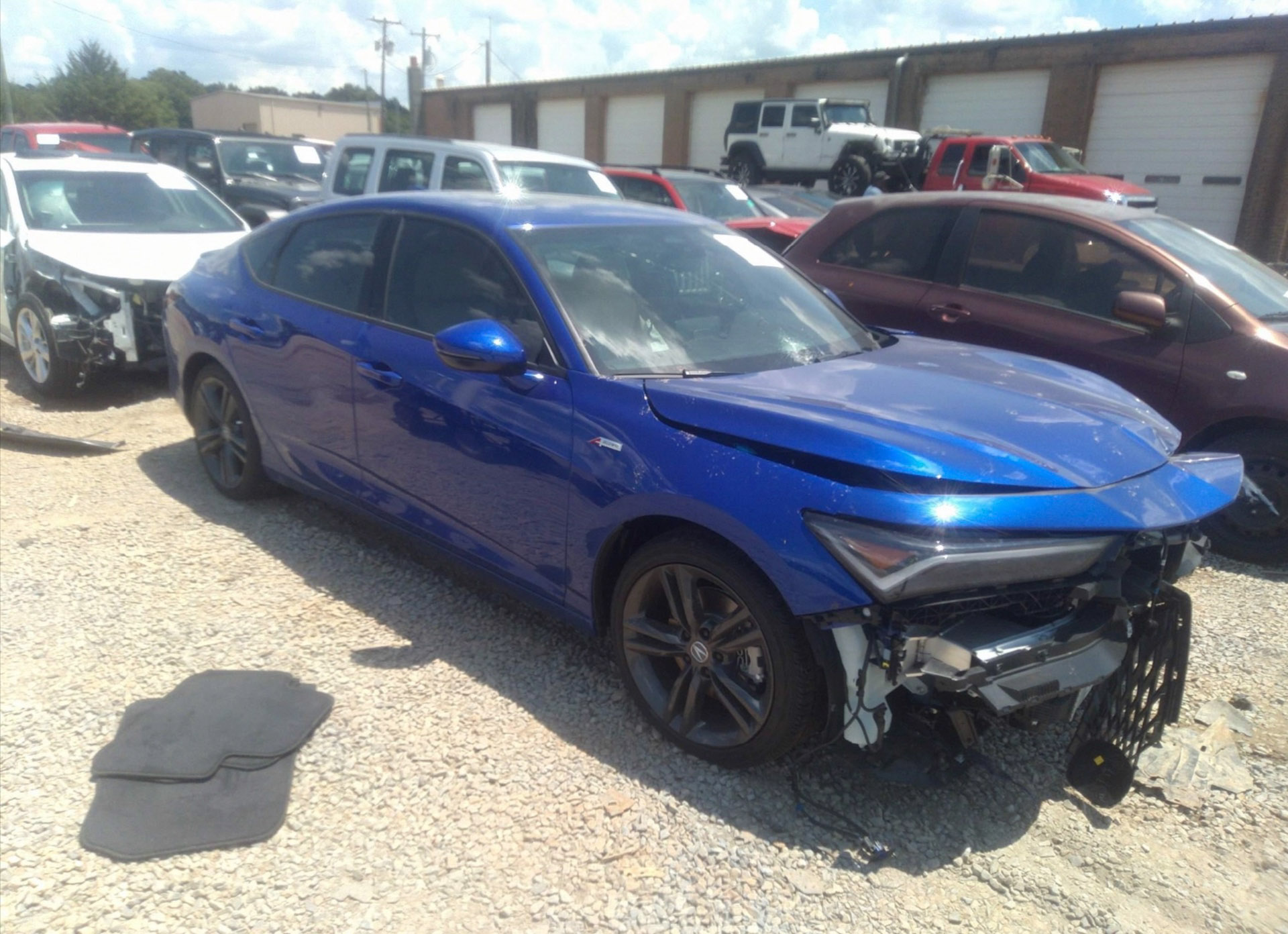 The Integra has clearly taken a hard knock to the nearside front corner, and there’s minor secondary damage to the rear, plus it’ll need front, rear and curtain airbags on the driver’s side. The digital instrument cluster displays a message informing that the electric parking is not working and that the new owner should see a dealer, though fixing the parking brake is going to to be the least of their worries.

But it’s a smart color and a good spec, being equipped with the manual transmission that is only available when you shell out for the A-Spec package, and had only covered 394 miles (634 km) before its untimely demise. Providing the main shell itself isn’t too badly mangled we can see this one returning to the road. 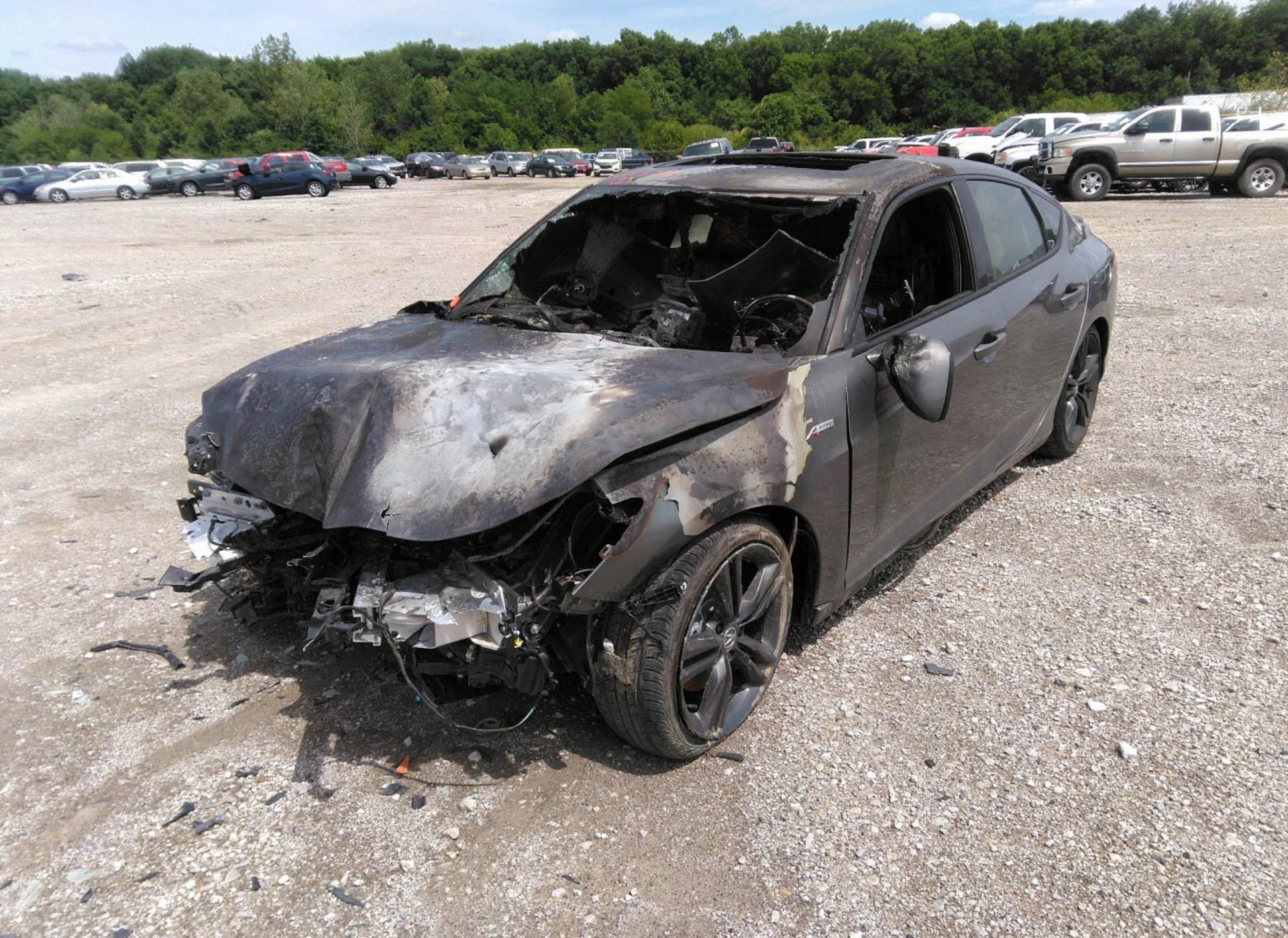 Sadly, however, the second car, currently residing in Columbus, OH, is toast – literally. It’s another A-Spec machine, but this time possibly fitted with the CVT transmission if we’ve correctly identified the charred remains of the gear selector just visible in the dumpster of an interior. This one has suffered heavy fire damage after a massive front end collision, probably with a pole or tree judging by the way the 200 hp (203 PS) 1.5-liter engine has been mashed into the firewall, but the wheels remain entirely undisturbed.