Hyundai is on such a roll at the moment that it seems almost impossible for it to produce a bad car. All-new models from the Ioniq and N families are proving to be particularly special so it’s little surprise that soon, the two brands will combine their expertise to create Hyundai’s first all-electric performance model, the Ioniq 5 N.

The Hyundai Ioniq 5 N has been in the works for quite some time and a handful of prototypes have been spied testing in recent months. Now, the folks over at Korean YouTube channel Woopa TV have had the chance to check out the EV up close after coming across one in a parking garage.

Unsurprisingly, Hyundai has bathed the prototype in white and black camouflage in its attempts to hide the visual and aerodynamic modifications but we can still see some obvious points of difference between it and a standard Ioniq 5. The changes start at the front end where the fascia has been redesigned and outfitted with a prominent new grille that will inevitably aid in cooling while also adding an interesting piece of design to the EV. 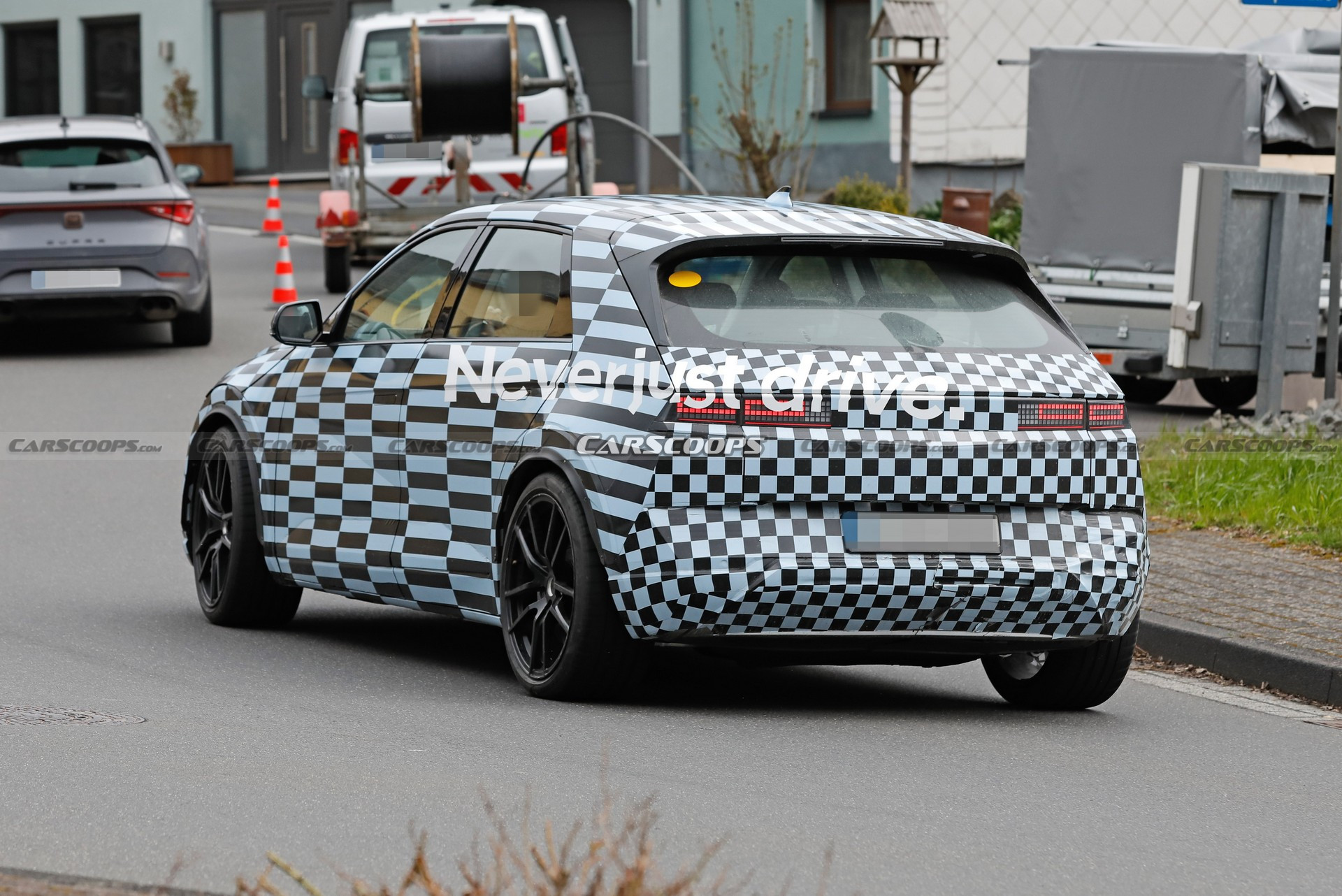 Elsewhere, the eventual production model is expected to feature a unique roof spoiler and a new rear bumper, but these new parts aren’t immediately visible in this prototype.

Another interesting element of this prototype is found in the cabin and consists of an all-leather bucket seat for the driver. The seat looks very similar to the one that is available for the i30 N and while it’s possible that Hyundai only fitted it to this prototype for the purpose of testing, it’s also possible that bucket seats will be available as an option for the Ioniq 5, adding to its sporty prowess.

Technical specifications about the car’s powertrain remain under wraps. However, it’s likely that the Ioniq 5 N will feature a similar powertrain to the flagship Kia EV6 GT that delivers 577 hp through its dual-motor system, allowing it to hit 60 mph (96 km/h) in a supercar-rivaling 3.5 seconds.