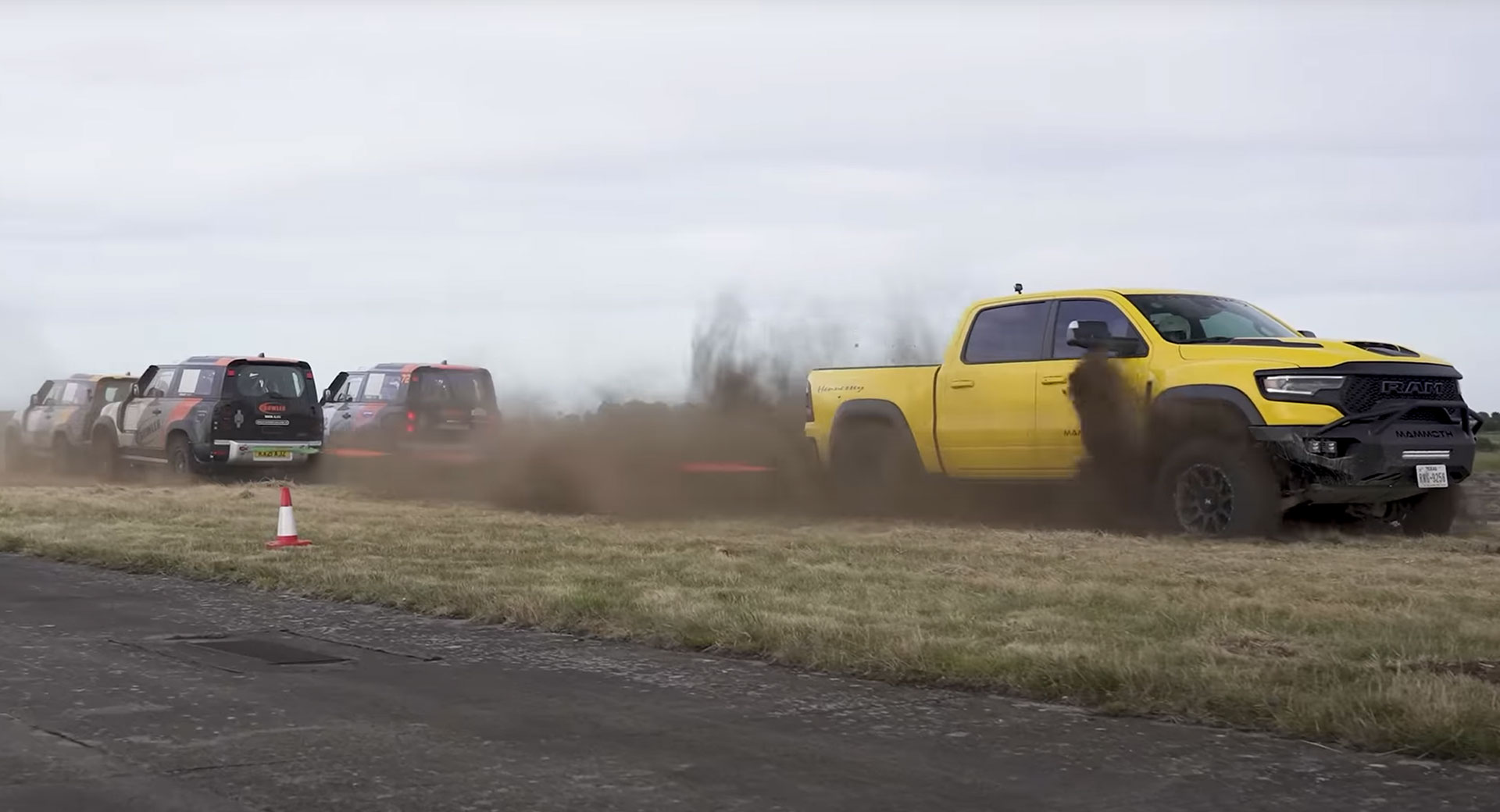 The Hennessey Mammoth TRX takes an already insane pickup truck and lifts it to new heights but how will it fair in a tug-of-war against not one, not two, but three rally-prepped Land Rover Defenders from Bowler?

Slotted beneath the skin of the Mammoth TRX is a modified version of the 6.2-liter supercharged Hellcat V8. Whereas this engine is typically good for 702 hp and 650 lb-ft (881 Nm) of torque, Hennessey has worked its magic and lifted those figures to 1,012 hp and 969 lb-ft (1,315 Nm). These gains have been achieved thanks to a larger supercharger, new pulleys, stainless steel headers, a high-flow exhaust, and a tweaked ECU.

A Land Rover Defender from Bowler seems underpowered by comparison. Indeed, it is powered by a 2.0-liter turbocharged four-cylinder with 300 hp and 295 lb-ft (400 Nm) of torque.

In the first tug-of-war, CarWow pitted the Defender against a single Bowler Defender. While the Hennessey appeared to easily be getting the better of the Defender, both vehicles started to dig into the soft dirt beneath their tires, leading to a bit of a stalemate.

To give the Defender a better chance, a second example was called in. In this battle, both of the Defender models were left feverishly spinning their tires while Mat Watson in the Hennessey simply sat on the brakes and was able to avoid being pulled back. As soon as he hit the throttle, however, the TRX immediately started to dig into the ground.

For the final test, a third Bowler Defender was called in and this time, the Hennessey couldn’t avoid being towed backwards by the three Land Rovers, hardly a surprise given that there were 12 driven wheels against four.