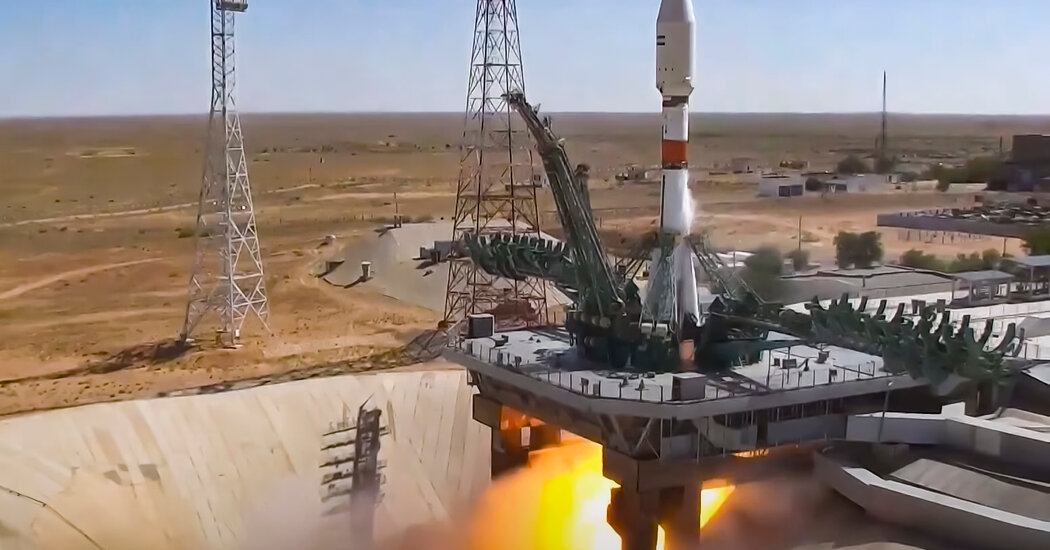 A Russian rocket launched an Iranian satellite into orbit on Tuesday, a tangible sign of the expanding cooperation between the two countries in the face of stringent Western sanctions imposed on both.

A Soyuz rocket carrying the “Khayyam” satellite into orbit lifted off from the Russian-run Baikonur launch facility in Kazakhstan just before 9 a.m.

“The successful launch of the satellite in the interests and on the order of Iran has become an important milestone in Russian-Iranian bilateral cooperation, opening the way to the implementation of new and even larger projects,” Yury Borisov, the director general of Roscosmos, the Russian space agency, said in a statement.

Russia has been seeking closer alliances, including with Iran, since its invasion of Ukraine has left it isolated from many Western countries.

Iran said in a statement that the satellite would not be used for military applications, as some news media reports have suggested.

“The rumors about using the satellite’s photos for military purposes are wrong,” the Iranian statement said.

The satellite, fitted with a high-resolution camera, will be used for agricultural programs, water resources and other environmental applications, the Iranian Space Agency said in the statement. Iranian scientists took control of the satellite immediately after the launch, it said, and no other nation would have access to the information it harvested.

Although negotiations regarding the launch preceded Russia’s invasion of Ukraine, it comes less than a month after President Vladimir V. Putin visited Tehran in his quest to show that Western sanctions imposed over the war had failed to isolate his country.

Iran has long experience with evading Western sanctions, and the U.S. says it has offered to sell Russia drones for use in Ukraine and other equipment using technology that Western nations are no longer selling to Moscow.

“Today is a turning point for the start of a new interaction in the field of space between our two countries,” Isa Zarepour, the Iranian minister for communications and information technology, said in a statement.

The satellite was named after Omar Khayyam, a renowned Persian scientist and poet. The Baikonur facility has been used for space launches for decades, and was inaugurated when Kazakhstan was part of the Soviet Union.