The Hyundai Ioniq 5 N is no longer wearing its black and blue checkerboard camouflage, and is now revealing more of its design details.

Spotted in Europe, the first electric N model has been testing in a new wrap that covers more of the car. What it can’t hide, however, is of great interest. Starting at the front, a new front grille can be seen, which will presumably funnel more cooling air towards the batteries for better high-performance reliability.

At the back, meanwhile, we can see a new spoiler that has a dip in the middle of it. Its blades also have a new gap in them, all of which will likely help with high-speed stability. Lower down, meanwhile, big wheels give ample room for sizeable brake discs and red rear calipers. Actually making contact with the road are sticky Pirelli P Zero tires. 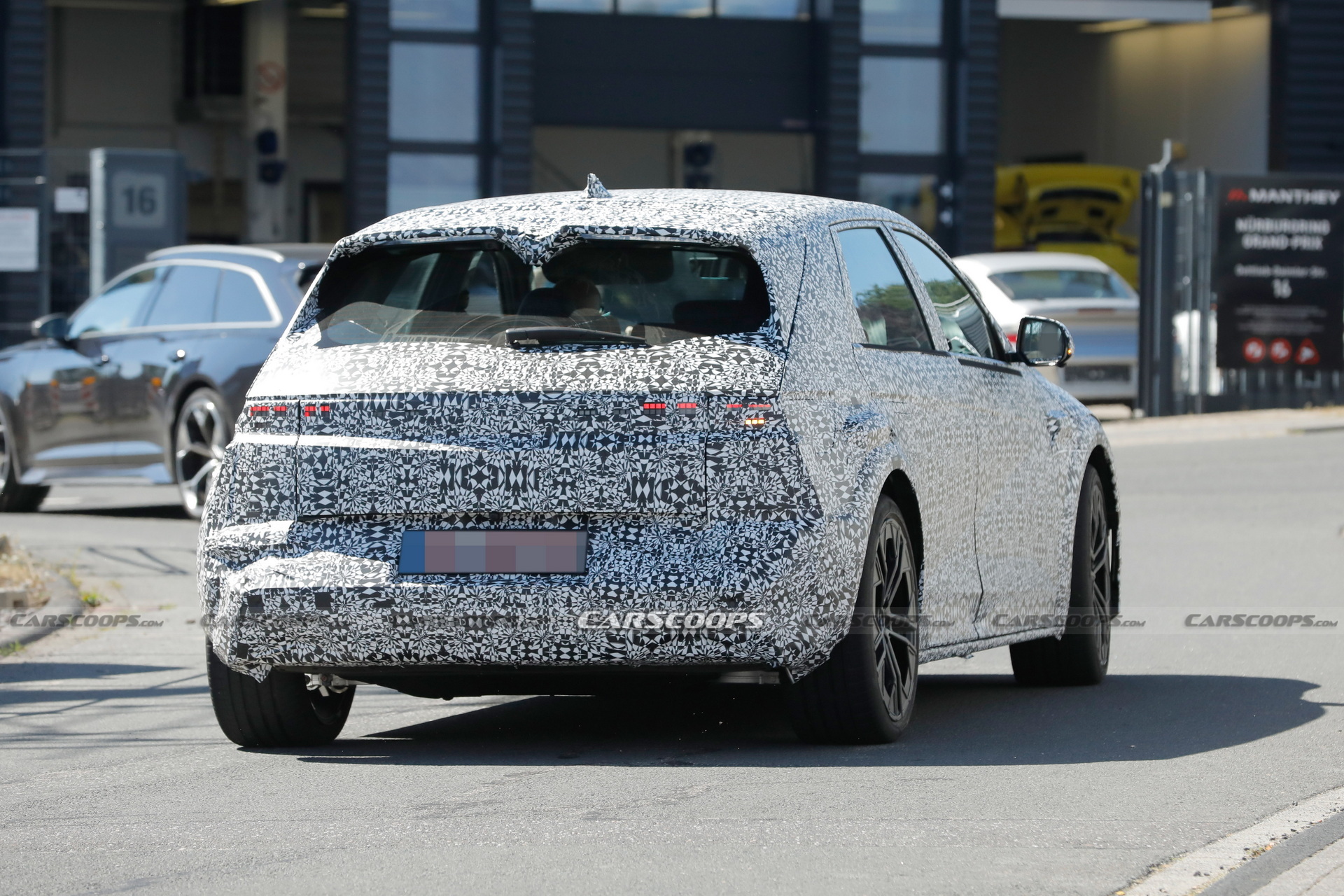 The wheel arches, meanwhile, appear to blister out under the camo, suggesting that the wheels will be pushed out a little farther in the high-performance model. Three long bumps on the hood can also be seen bulging out under the camo. Whether these sinewy additions are stylistic, functional, or even present on the production car is a matter of some mystery.

Unfortunately, no shots of the interior could be had this time around, but a previous video featuring the car showed a test vehicle with an all leather bucket seat for the driver. It looked rather similar to the ones found in the Hyundai i30 N, which would be a sensible addition to this model, too. 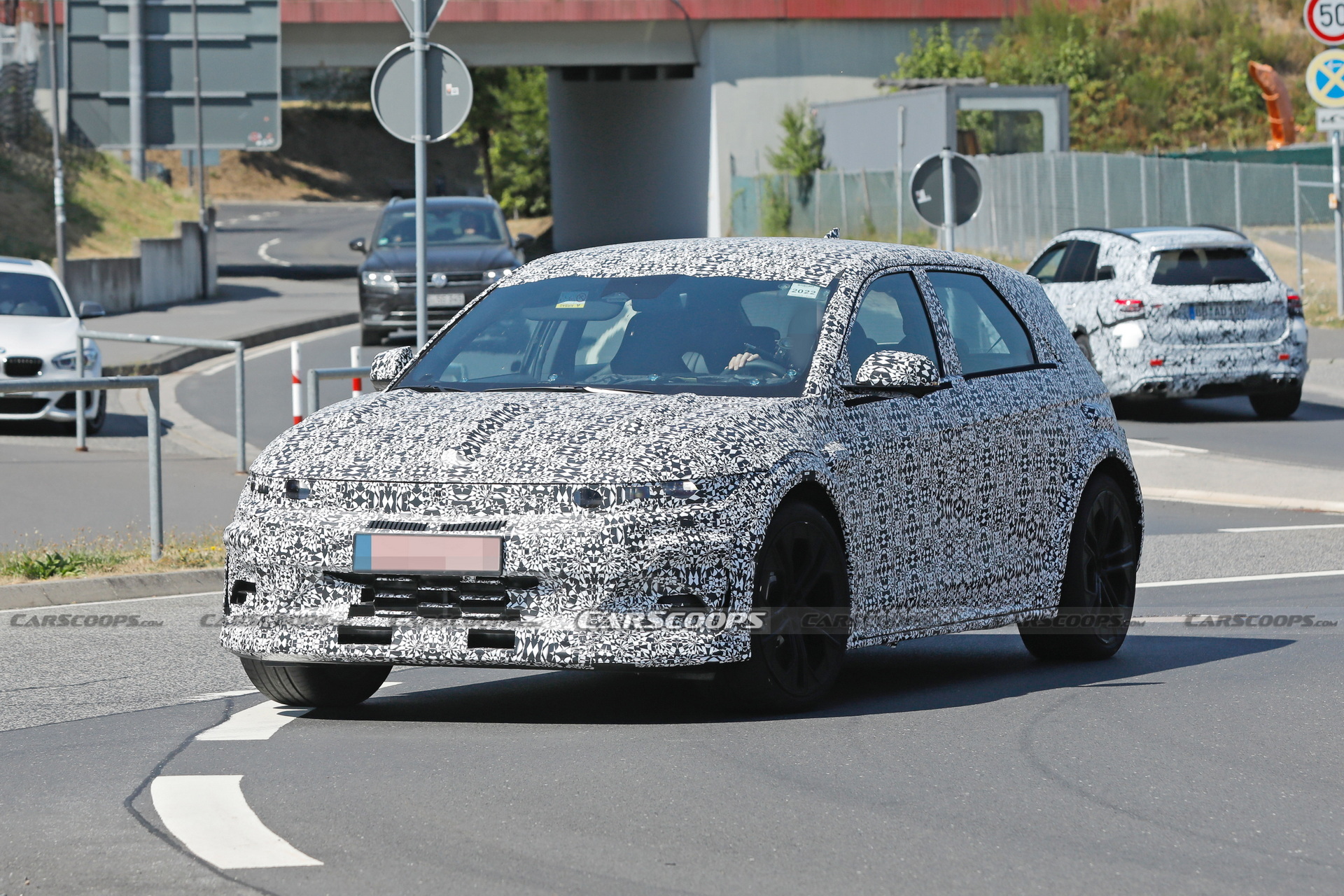 We anticipate that the Hyundai Ioniq 5 N will be introduced as a 2023 model year vehicle, suggesting that it will be revealed in the coming months.