Following the seemingly never-ending celebrations for the 50-year anniversary of BMW M, the performance division of the Bavarian brand announced they started testing prototypes with fully electric powertrains. These are based on the BMW i4 M50 but come with quad electric motors, a new driving dynamics control system, and a revised chassis setup.

While electric performance models from BMW, including the i4 M50 and iX M60, have already seen the light of day, with the i7 M70 set to follow in 2023, we have yet to see a full-blown M EV. This is going to change in the future, with BMW M doing its best to prepare for the all-electric era, with the goal of retaining an “emotional driving experience” in future zero-emission sportscars.

The first test vehicle for the development of “innovative drive and chassis control systems” is based on the BMW i4 M50. It does however bring some unique features. Starting with the exterior design, the prototype gets a face transplant from the ICE-powered M3 / M4, a wider body, and a special livery. Surprisingly, the massive grille and bumper intakes remain uncovered, probably assisting with the cooling of the EV powertrain and other mechanical components. The interior of the prototype has also been modified, with measuring technology making it look like a “rolling test laboratory”.

More important changes are hidden under the body. BMW M added a quad-electric motor powertrain with an integrated driving dynamics control system. Thus, in the new and fully-variable M xDrive four-wheel-drive system, each wheel is controlled independently by a central control unit based on a number of calculations. The suspension is also modified, with front struts sourced from the M3 / M4 bringing higher torsional rigidity.

The automaker didn’t reveal the combined power output of the quad-motor i4 prototype, but we expect some pretty impressive figures as they talk about an “unprecedented level of performance”. In the official video, we can see the car performing a donut-style tank turn, although it appears that this part was created with the help of CGI. As a reminder, the standard i4 M50 that is also depicted in the video has dual electric motors producing 536 hp (400 kW / 544 PS) and 586 lb-ft (795 Nm) of torque. As for the range, energy recuperation from all four motors during braking will send back some juice to the high-voltage battery. 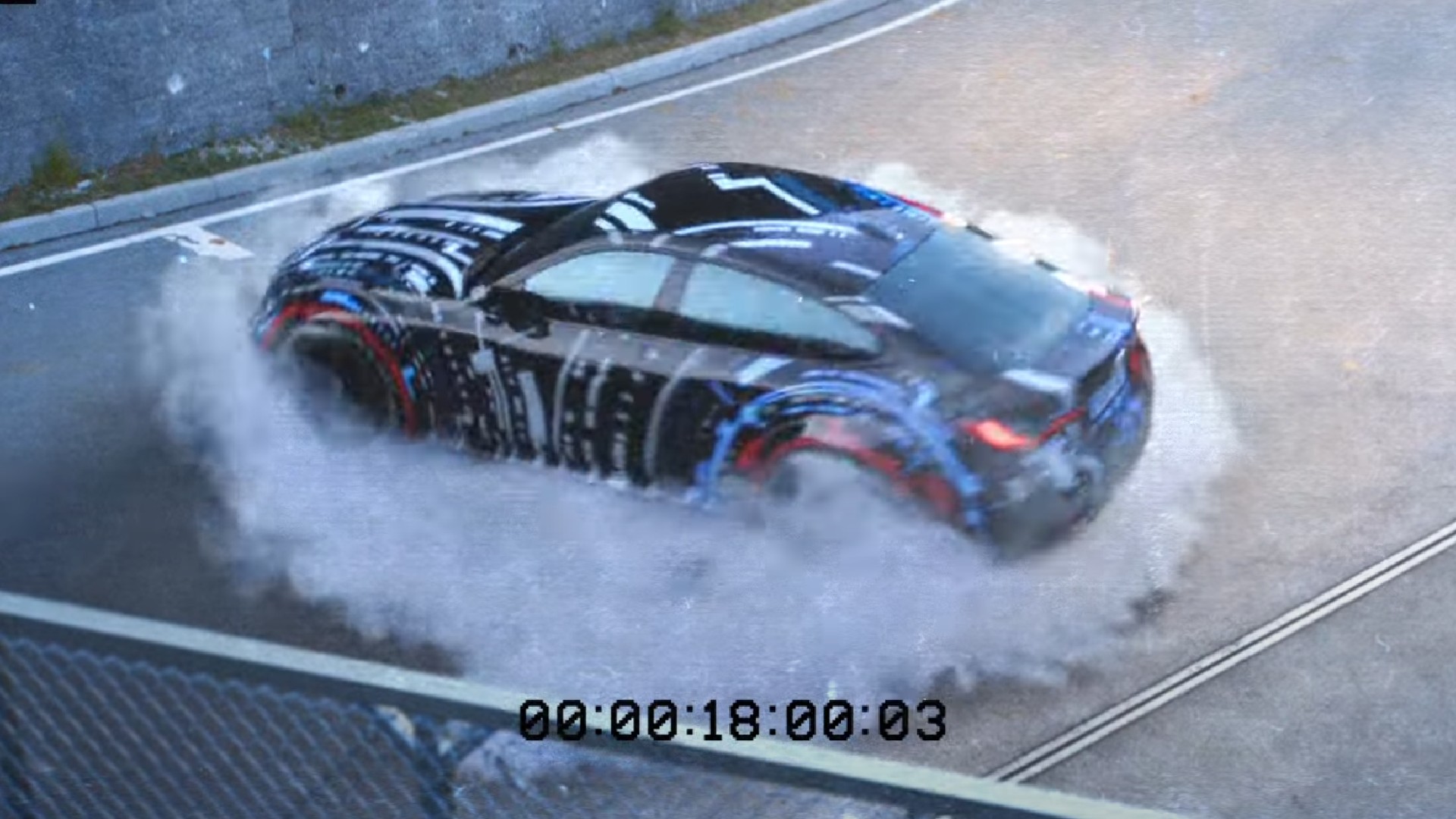 BMW claims that “thanks to the particularly sensitive dosage of drive torque and conversion without perceptible latency, significantly higher cornering speeds can be achieved, even on rain-soaked or snow-covered roads”. In this context, Dirk Häcker, Head of Development at BMW M GmbH, said: “Electrification opens up completely new degrees of freedom for us to create M-typical dynamics. And we can already see that we can exploit this potential to the maximum, so that our high-performance sports cars will continue to offer the M-typical and incomparable combination of dynamics, agility, and precision in the locally emission-free future.”

We don’t know if the quad-motor BMW i4 M50 will result in a production model but the technology showcased by it will most likely find its way into future BMW M models. Mind you, the automaker will soon launch the production version of the XM as its new flagship, coming with a V8-based plug-in hybrid powertrain. 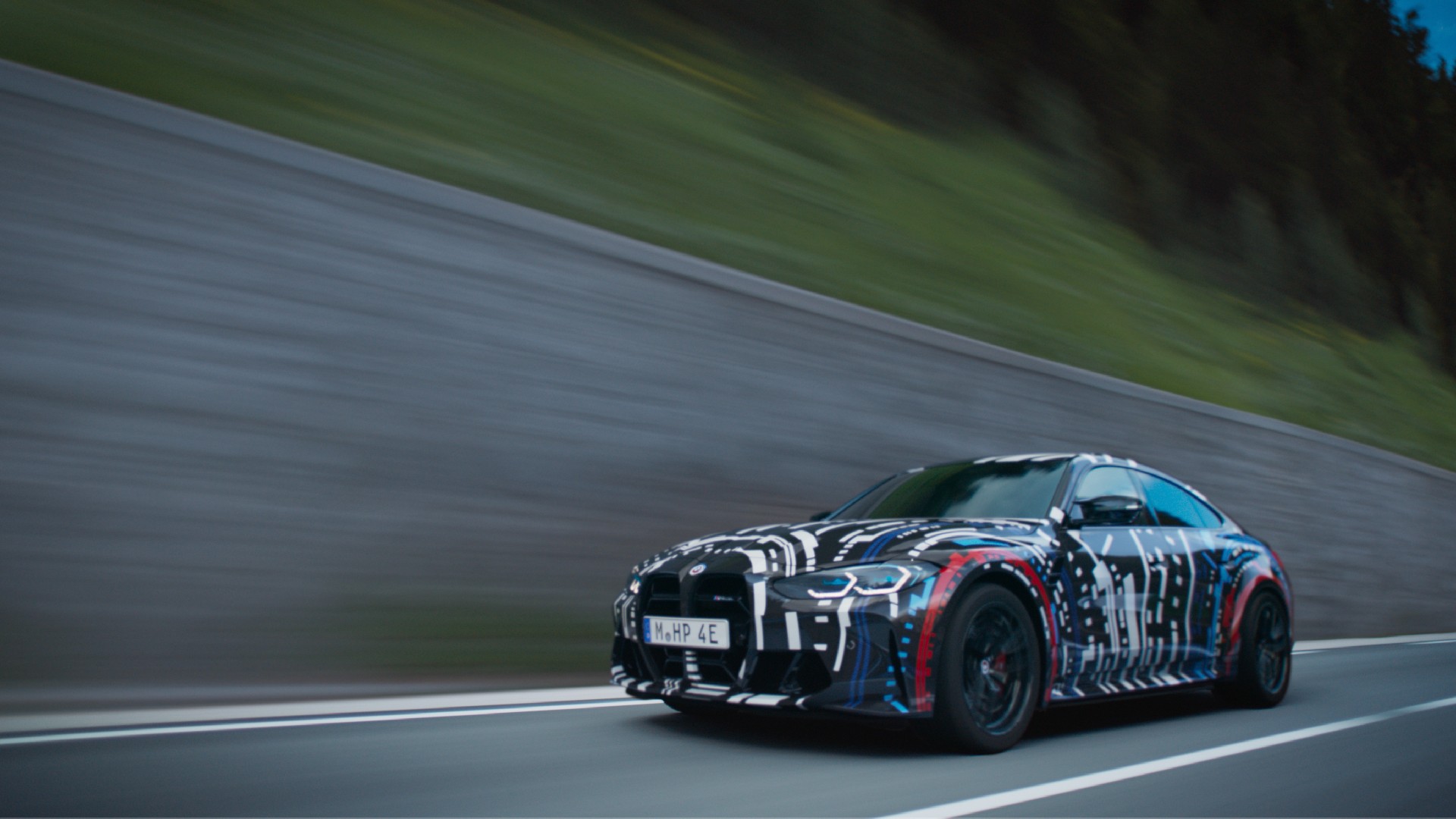