A new prototype for the 2023 Hyundai Ioniq 5 N has been spied while out and about on the Nurburgring Nordschleife, wearing a new camouflage wrap in the process.

The South Korean car manufacturer has been busy testing the Ioniq 5 N in a host of countries around the world in recent months. This particular prototype has the same complex wrap as one that was spotted in a Korean parking garage back in July. In addition to the light blue and wrap squares, the wrap has various grey shapes and large stickers readying ‘Never Just Drive.’

However, it is not the wrap that is of most interest with this Ioniq 5 N. A little bit of the camouflage has been removed from the front fascia, allowing us to see more of the front grille and the air intakes on either side of the fascia. While it’s difficult to know if these intakes have been exposed in full or if they are only partly on display, it’s immediately obvious that the N variant of the innovative EV will be noticeably more aggressive than the standard model. 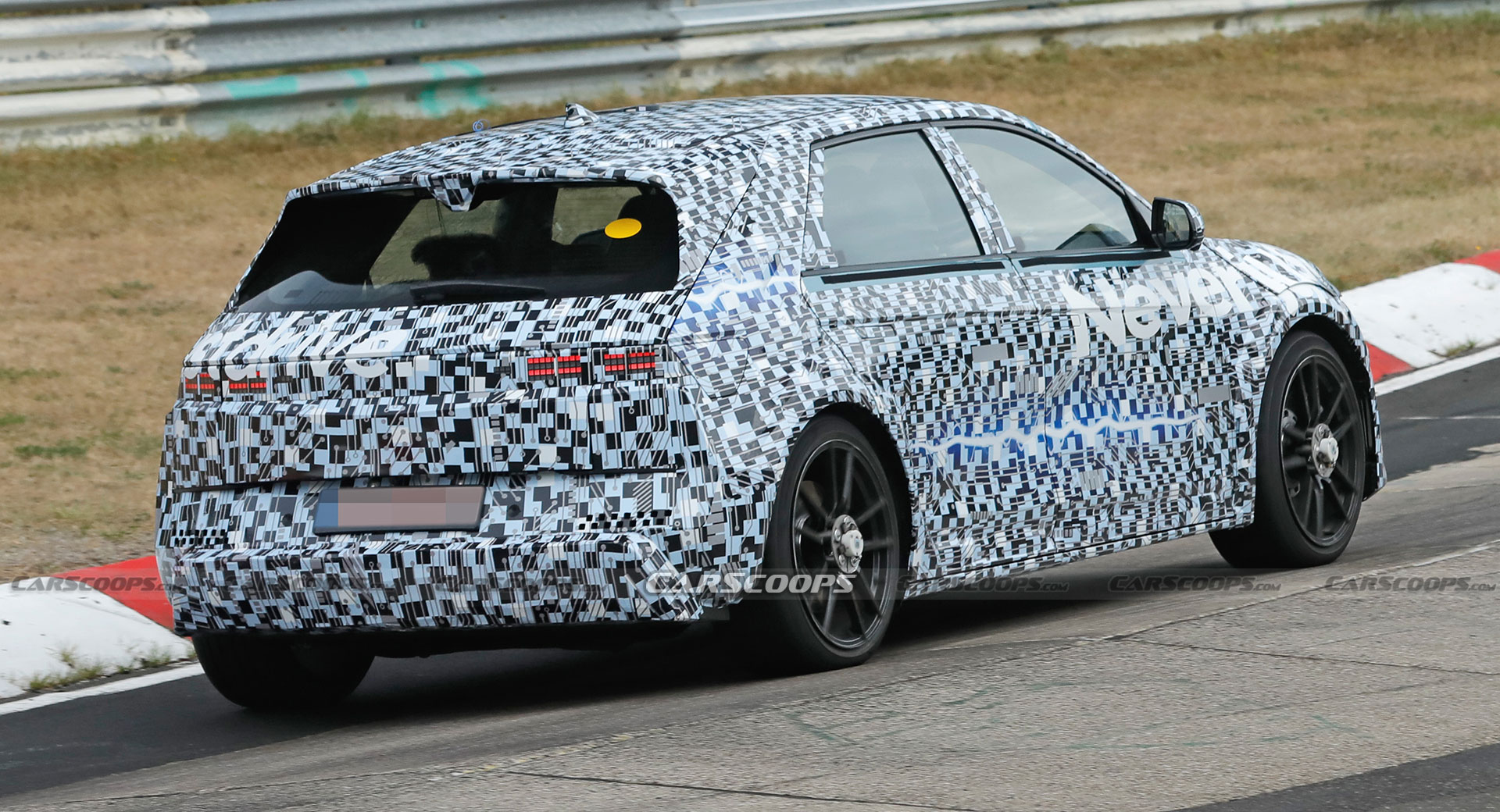 Some tweaks are also visible when the car is viewed from the sides. For example, this prototype has enlarged silver brake calipers up front and rear brake calipers at the rear. It is also rocking a set of distinctive twin five-spoke black wheels and sits slightly lower than the regular model, giving it a sportier stance.

The camouflage does a good job of hiding any changes made to the rear but we can see it has a more substantial spoiler stretching off from the roof.

Of course, it is more than just looks that will make the Ioniq 5 N special. Hyundai is expected to equip the car with the same powertrain as the Kia EV6 GT which, in the Kia, is good for 577 hp and 546 lb-ft (740 Nm) of torque, significant gains over the 320 hp and 446 lb-ft (605 Nm) of torque of the most powerful Ioniq 5 currently available.

Hyundai’s N division will also make a number of significant modifications to the car’s suspension and steering systems, making it much more agile.