When production of the classic-style Land Rover Defender was set to end, Twisted Automotive decided to buy 200 of them in order to have a stock of vehicles to modify for its customers. Now, it’s down to the final 16, build slots for which are now open.

Purchased by Twisted Automotive‘s founder, Charles Fawcett, the vehicles still have fewer than 30 miles (48 km) on the odometer. These aren’t just what’s left in the company’s stock, though; they were chosen specifically and squirreled away for a special purpose.

“These sixteen 110s were hand-picked for their chassis numbers and build dates,” said Fawcett. “They were all registered in 2016 – after production ceased – identifying them among the last off the line and, arguably, more collectable. They’re special, and when twisted, each one is the only one. Hence, the limited run is called One of One.” 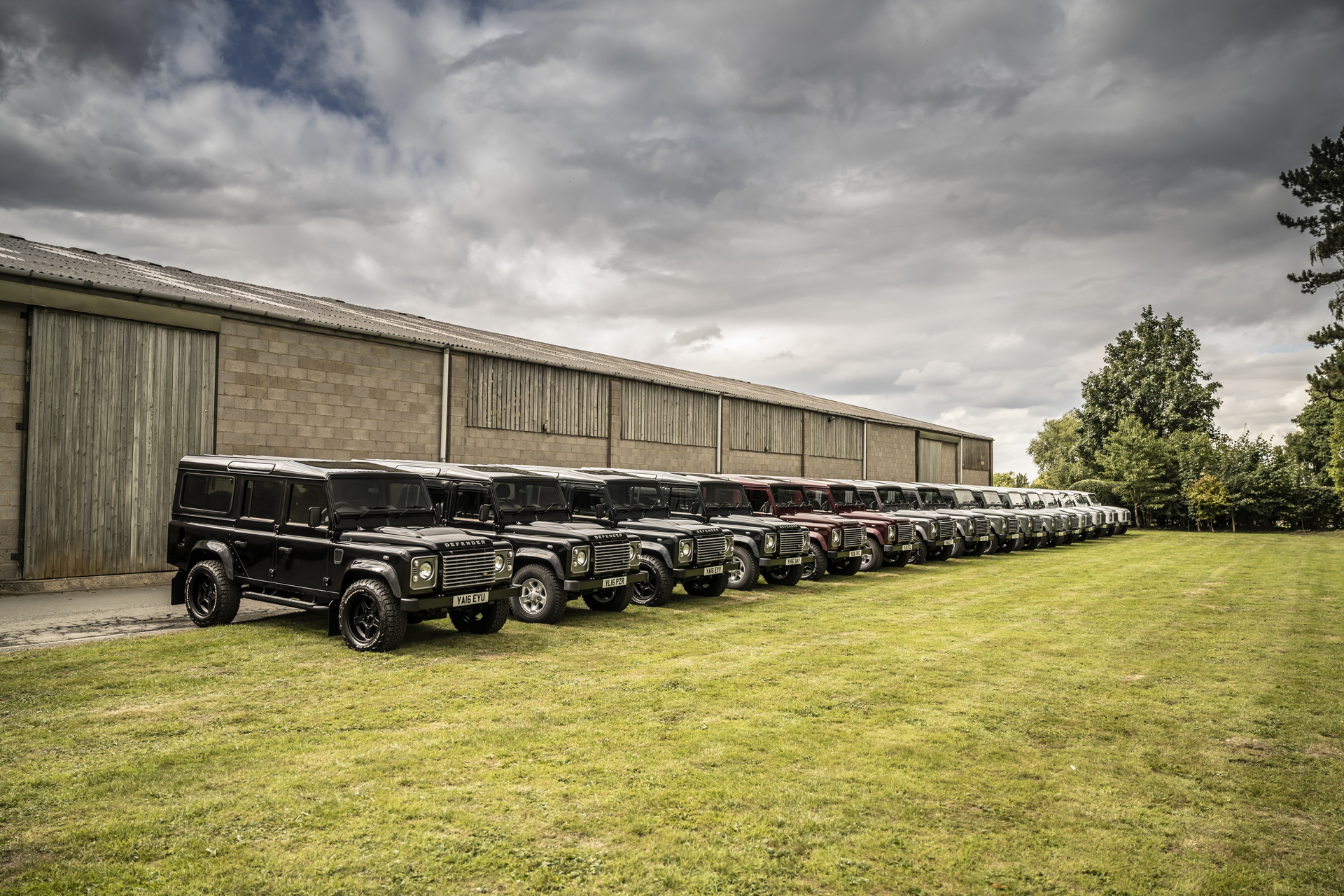 All based on the XS spec (the highest available trim level at the time), just one Utility Wagon and one Station Wagon is available in each color, giving early buyers a better choice than later ones. Similarly, two powertrains are available, a diesel and a gas powered engine, but these will be modified by Twisted Automotive.

Both come with a six-speed manual transmission, and the suspension is replaced with a Twisted Automotive setup that provides dual rate springs, custom damped shocks, and upgraded anti-roll bars. The front brakes, meanwhile, get six-piston calipers and the rears get four-piston units.

The company also adds 18-inch alloy wheels that are available in several different colors and wrapped in BF Goodrich all-terrain tires. Billet trim pieces adorn the exterior and Lazer DRLs give it a modern appearance.

Inside, the SUVs are stripped out and the panels are realigned to make them watertight. Additional soundproofing is then added, and premium black carpeting installed, to make it feel a little more luxurious.

Seats and touchpoints can be upholstered in whatever color of leather and stitching the customer desires. The side panels, meanwhile, are trimmed in Alston Techno-Suede and the Station Wagon models get matching leather lock-and-fold seats.