Exactly three years after the debut of the third-generation Hyundai i10, our spy photographers caught a camouflaged prototype of the facelifted version testing on the streets of Europe.

Hyundai engineers covered the front, side, and rear of the prototype with a vinyl wrap, trying to hide its identity. However, we are clearly witnessing an i10 from the uncovered greenhouse, front fenders, and the positioning of the headlights. Interestingly, the interior is also covered, although Hyundai is usually pretty subtle when it comes to interior changes during facelifts. 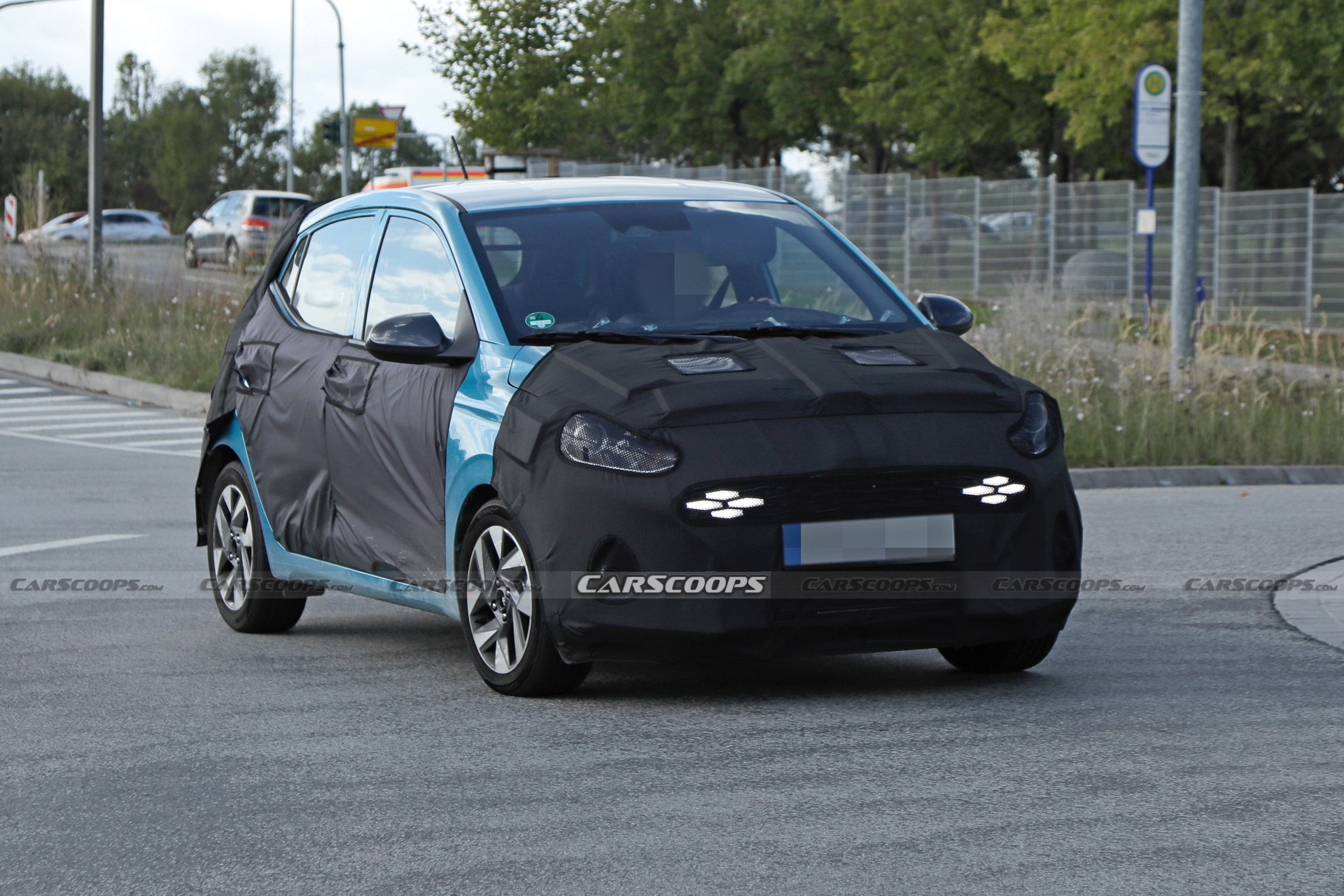 Visual changes are expected to be focused on the redesigned front bumper, although all we can see now are the new LED daytime-running lights mounted on the grille. Those quad LED elements are different from the round-shaped units of the current i10 and from the vertical stripes of the sporty-looking i10 N Line. The profile will likely remain identical with a possibility of new designs for the wheels. Minimum changes should be expected at the back, including new taillight graphics.

Hyundai is one of the very few remaining players in the ICE-powered city car segment, as many rivals drop out due to emission regulations making it really difficult to have a solid business plan for a small affordable car. A recent report stated that Hyundai will launch two small EVs in 2023 and in 2024, potentially serving as a replacement for the i10. However, it seems that the combustion-engined city car will remain on sale for at least a few more years following the upcoming mid-lifecycle update. 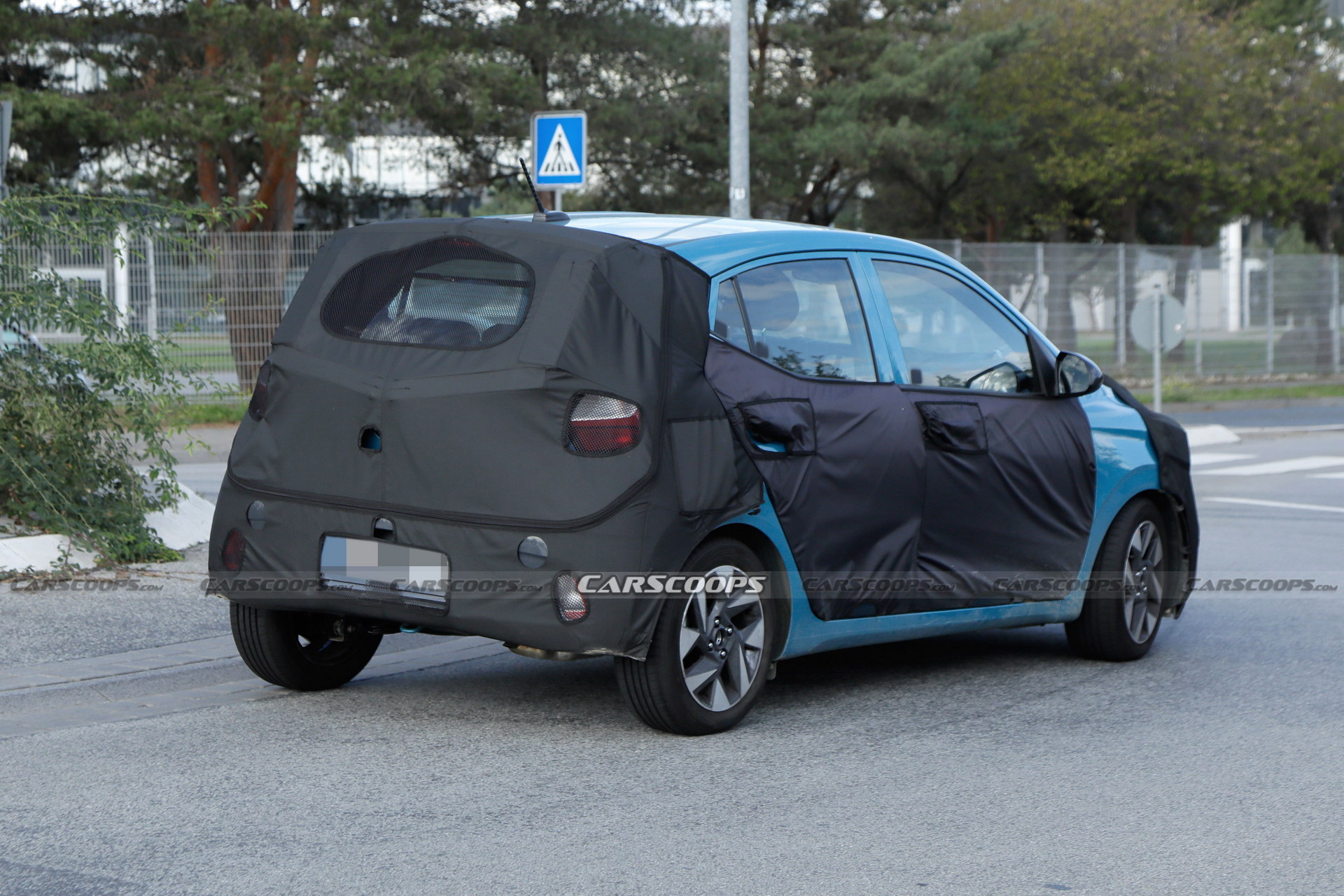 Engine options are expected to be carried over including the naturally-aspirated 1.2-liter four-cylinder and 1.0-liter three-cylinder, alongside the flagship turbocharged 1.0-liter T-GDI producing 99 hp (74 kW / 100 PS). It is unlikely that Hyundai will introduce some sort of electrification to those engines, due to high development costs and tight profit margins.

Given that the i10 is only three years old, a possible launch for the facelifted model could be mid, or late 2023. In Europe, the updated Hyundai i10 will compete with the likes of the Toyota Aygo X, the Suzuki Ignis, and of course the Kia Picanto sibling.