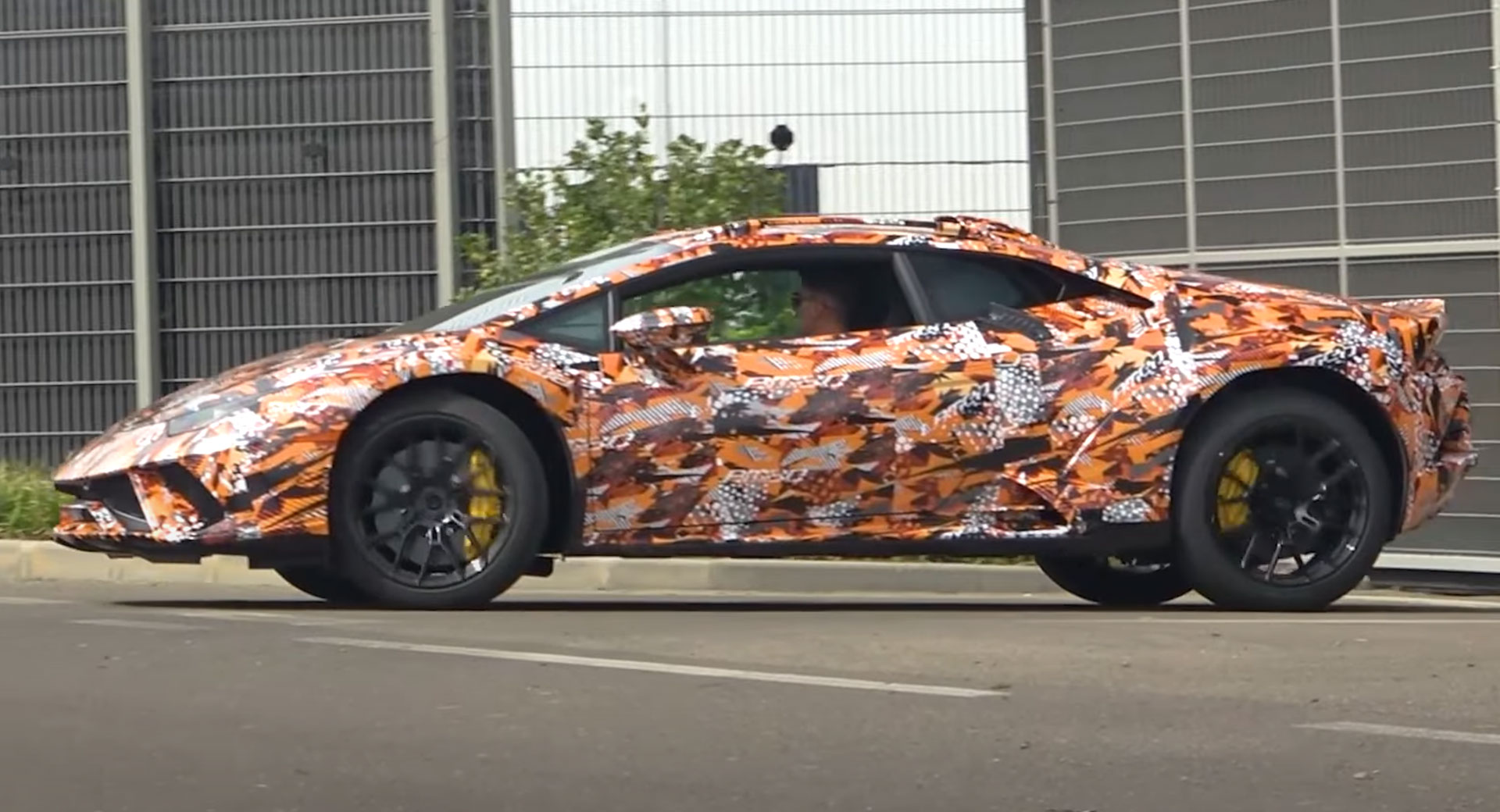 A new prototype of the Lamborghini Huracan Sterrato has been filmed testing up close at the Italian car manufacturer’s headquarters, looking just as bold and brash as we had hoped it would.

The Sterrato will be one of the final variants of the beloved Huracan and has been in the making for quite some time. In fact, Lamborghini first toyed with the idea of a high-riding Huracan back in 2019 with the launch of the Sterrato concept. We didn’t actually expect the concept to spawn a production model but evidently, that’s exactly what has happened.

This particular prototype is clad in a complex orange camouflage wrap and looks to be wearing all of the same bodywork that the eventual production model will have. In a world of mid-engined supercars we’re we’ve become accustomed to seeing Coupe, Convertible, and track-focused variants of certain models, the Sterrato is certainly a breath of fresh air.

The increased ride height of the supercar makes an immediate impression and while we’re not accustomed to seeing high-riding, mid-engined supercars like this, the Huracan’s shape lends itself quite well to it. The front of this prototype lacks the additional spotlights as featured on the model recently teased by Lamborghini.

Elsewhere, Lamborghini has flared both the front and rear fenders of the Huracan Sterrato and fitted a set of unique side skirts. A pair of pronounced roof rails are also visible as is a large roof scoop.

Like all other Huracan models, the Sterrato will land with a 5.2-liter naturally-aspirated V10 but it is unclear what state of tune this engine will be in. When fitted into the Evo RWD, the engine pumps out 602 hp but this is increased to 631 hp in the Evo RWD, Tecnica, and STO. Given that the Sterrato will likely feature all-wheel drive, we anticipate the V10 to deliver 631 horsepower.

Lamborghini has yet to announce a launch date for the car but it’s possible it could be showcased at October’s Paris Motor Show.