Our spy photographers have managed to catch the 2024 Volkswagen Tiguan testing on public roads once again. And this time, we’ve caught our first glimpse of the popular crossover’s new infotainment setup inside.

Although the new vehicle is complete, Volkswagen seems to be testing a new large, tablet style screen. Set apart from the dashboard, much like in a Tesla Model 3, for instance, the display is significantly larger than that used on the current Tiguan.

Arranged in a landscape orientation, the screen will control temperature, seat-heating, music, and more. The size of the screen, though, does appear to allow quite a few functions to be visible at all times, rather than being hidden behind menus as is often the case with smaller screens. 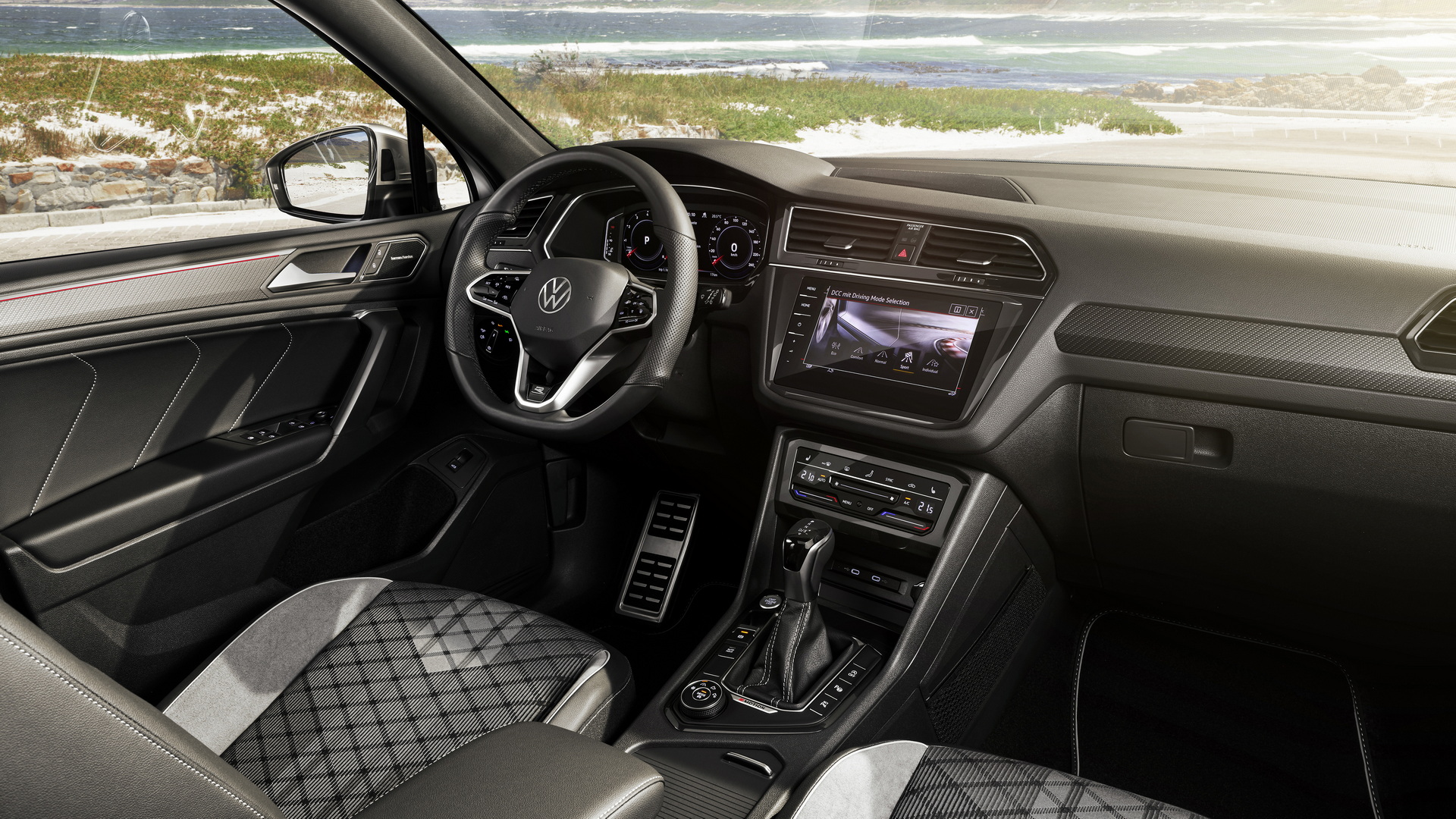 Outside, meanwhile, the test vehicle is once again sporting trick camouflage, allowing some new, swoopy body lines to be seen, while hiding others, it’s hard to know for sure which are genuine design cues are new and which ones subterfuge.

It seems clear, though, that the angular design of the current Tiguan will be eschewed in favor of a curvier body style. This will highlight the wheel arches, making it look more bulging and powerful. 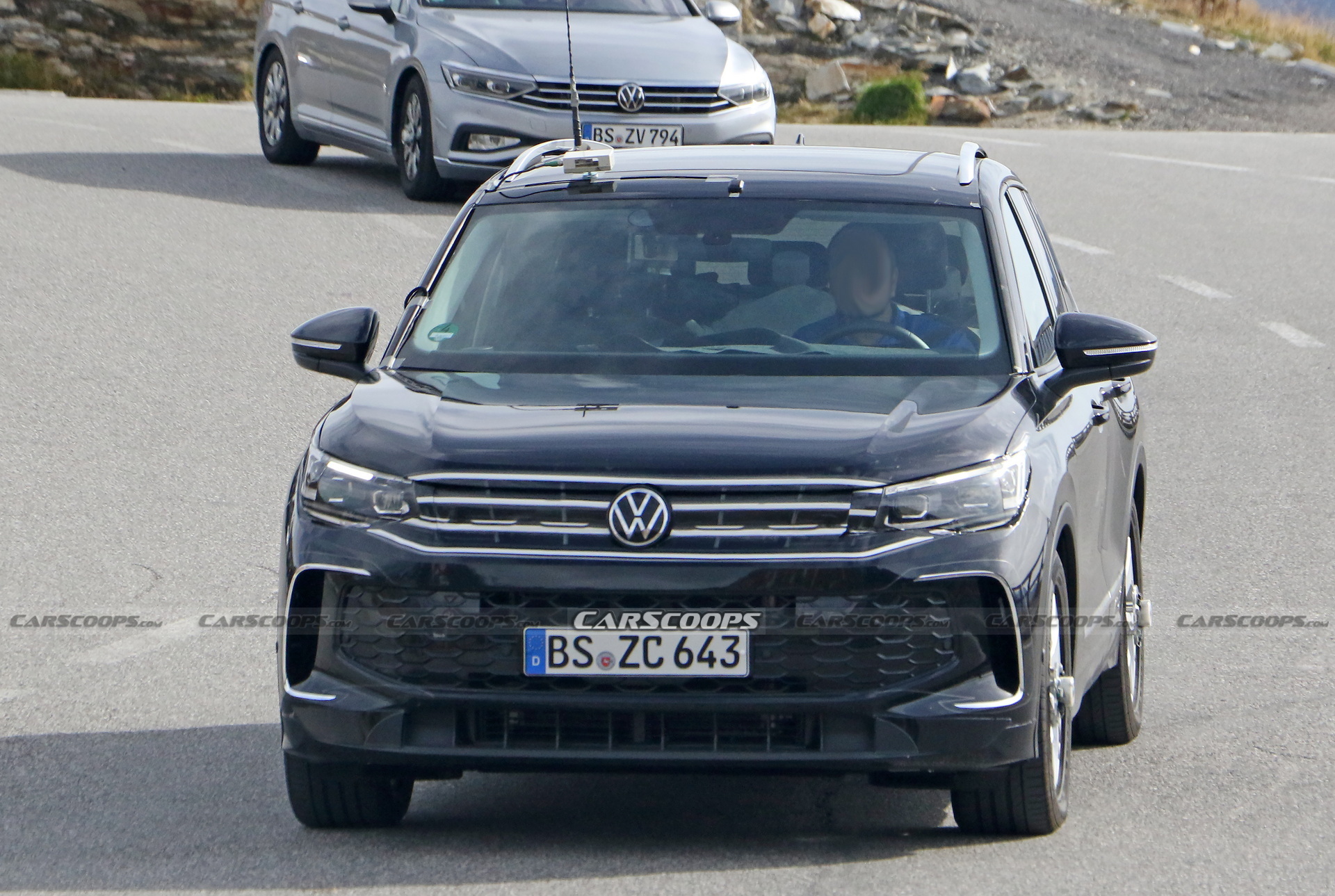 The hood, meanwhile, has been straightened out. No longer diving down at the front in quite the same way as the outgoing model, the front fascia appears to be straighter and more squared off. That contributes to giving this model a more rugged look.

Rumor has it that the new Tiguan will grow slightly over the outgoing model. The next generation is also expected to hang on to its internal combustion powertrains, but because VW is focused on improving its electric vehicles. that will likely mean familiar engine options for Tiguan buyers.

Reports indicate that the new model will be ready for the European market in 2024. The American model, that would then suggest, will be ready a few months later.