The world’s quickest production cars can lap the Nürburgring Nordschleife in well under seven minutes, but it’s not only hot cars that are subjected to its 150 turns during development, as this facelifted Mercedes GLA proves.

The Nordschleife isn’t only used to test a car’s handling qualities, but its durability too, and that’s why this basic GLA is putting in some laps despite probably taking closer to 10 minutes than six to complete each 12.9-mile (20.8 km) circuit.

Mercedes only revealed the second-generation GLA in December 2019 and it didn’t arrive in North American dealers until summer 2020. That doesn’t seem that long ago, but the GLA is likely to be on a standard six-year model cycle and that means Mercedes could well take the wraps off the facelifted car this winter.

The Audi Q3 rival isn’t in line to get a heap of visual changes but like the AMG versions of the GLA we’ve already caught testing, it appears that the headlights and taillights will get different internal design signatures without changing their external dimensions. The bumpers and grille will also benefit from some subtle tweaks, including new grille inserts, though the disguise on these prototypes makes it difficult to see exactly how the lower air intakes will be re-shaped.

Related: 2023 Mercedes CLE Coupe Thinks The C-Class Interior Is Too Good To Mess With 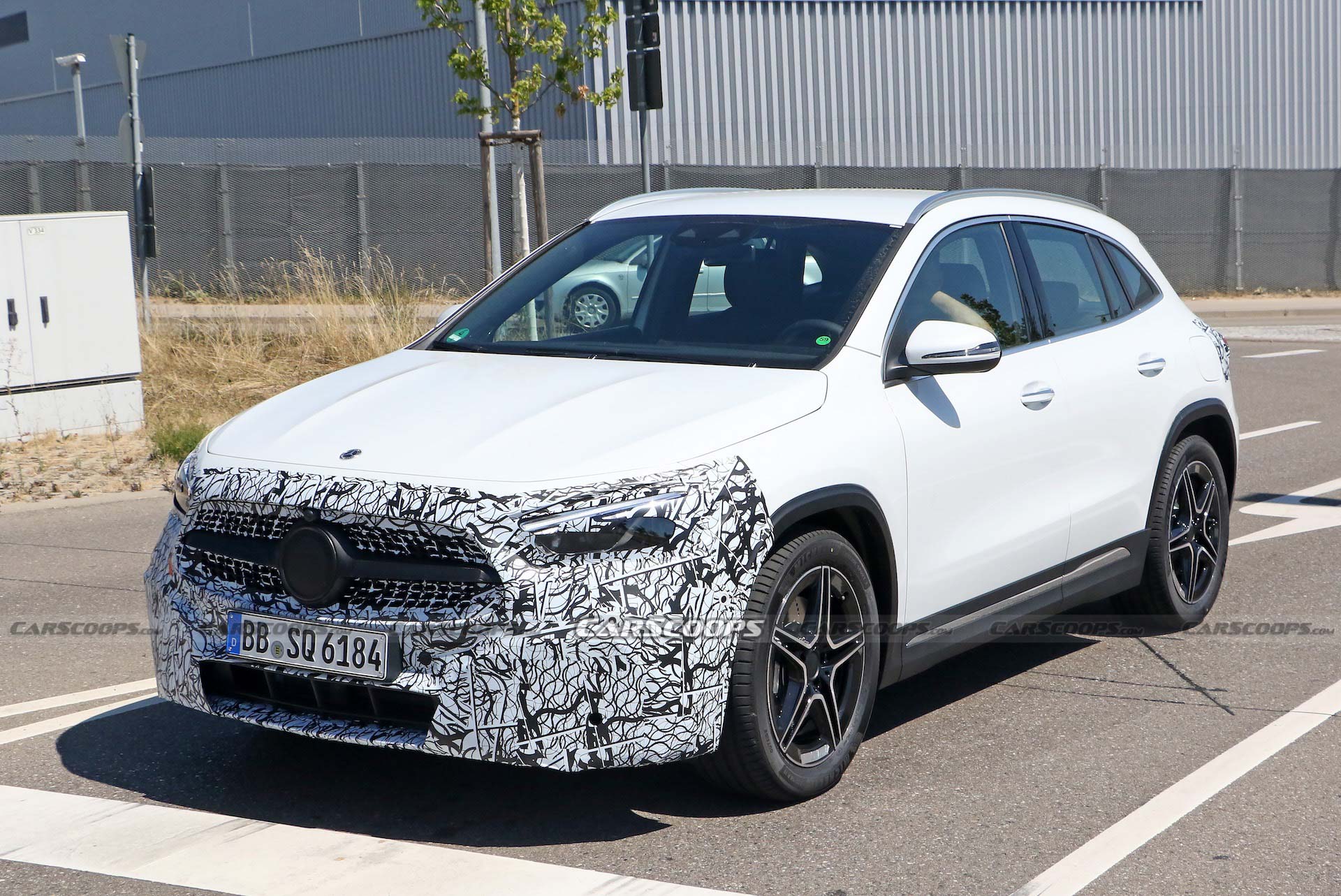 Mercedes won’t be making any major changes to the interior either, the GLA’s combined digital instrument cluster and infotainment screen being ahead of the curve in adopting a format that rival BMW has only recently rolled out to its cars, though Merc’s bigger models like the C-Class and S-Class feature separate screens. We can also expect to see an upgraded version of the MBUX operating software and Mercedes will ditch the touchpad controller on the console to free up storage space.

As for the mechanical spec, that’s also sure to closely follow the current car’s, but possibly with small increases in power and efficiency. Base 2022 cars in Europe are powered by a 161 hp (163 PS) 1.3-liter turbo-four that’s available with or without hybrid power, but America’s range kicks off with a 2.0-liter turbo four making 221 hp (224 PS). However, both markets get a choice of front- or four-wheel drive in sub-AMG models.