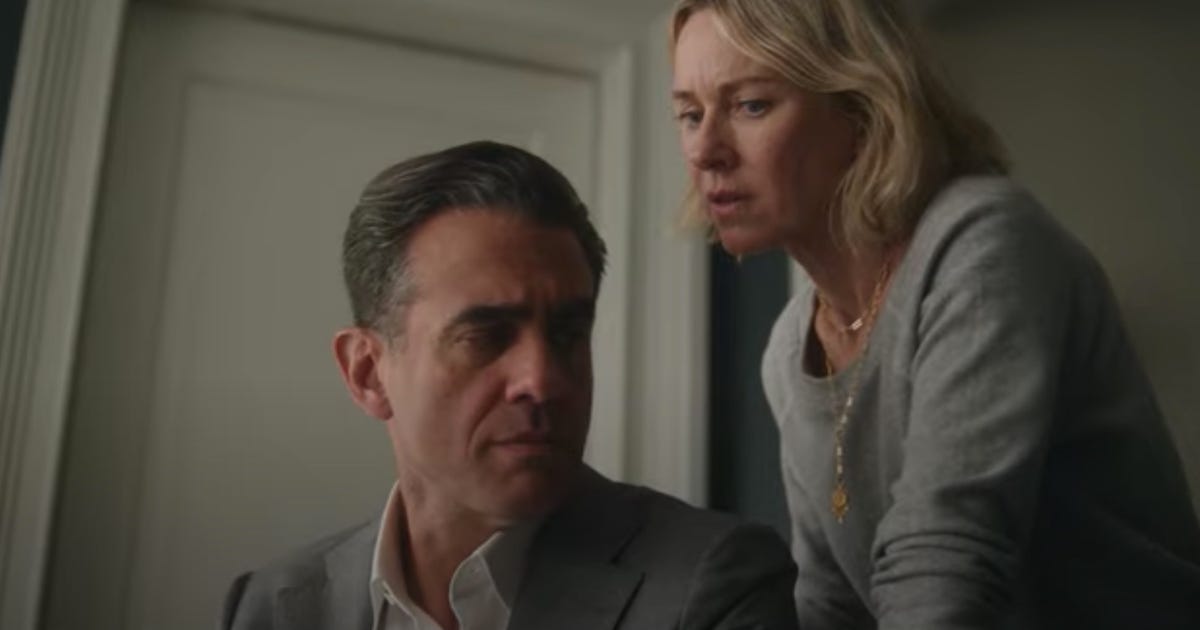 A couple moves into their dream home in upcoming Netflix series The Watcher, but things turn into a nightmare fast when ominous letters start appearing in their mailbox. “Your house is my obsession, and now you are too,” a voice intones in the new trailer that dropped during Netflix’s Tudum fan event on Saturday. “Who am I? It might not frighten you yet, but it will.”

Ryan Murphy (American Horror Story, Glee) co-created the limited series based on the true unsolved mystery of the Broaddus family’s unsettling experience at their new Dutch Colonial in Westfield, New Jersey. Current residents of the town apparently don’t much like to talk about the “Watcher House,” so named because the unidentified pen pal signed the letters “The Watcher.”

Naomi Watts and Bobby Cannavale star as new homeowners the Brannocks. “Can you keep us safe?” the Brannocks’ son asks his dad in the eerie new trailer featuring weird neighbors and sinister threats. Dad isn’t looking too confident.

Mia Farrow and Richard Kind also appear in the series, which premieres on Netflix on Oct. 13, just in time for Halloween. Jennifer Coolidge of The White Lotus plays real estate agent Karen Calhoun, and has already appeared as the character in a short teaser in which she points out the house’s perks, including the vintage dumbwaiter. “I’m telling you,” she says. “You could fit a person in there.”