It appears as though the facelifted Porsche 911 GTS will morph into a hybrid when it hits the market, likely as a 2024 model.

A handful of 992.2-generation 911 prototypes have been spied testing in recent months but making this one stand out is the fact that it is equipped with center-locking wheels, prompting our spy photographers to suggest that it is a 911 GTS.

Read Also: U Spy The Facelifted 2024 Porsche 911 Testing In Colorado

Body cladding across the front and rear of this 911 prototype immediately catch the eye. As with other prototypes, the front end sports revised air intakes with adjustable cooling vents that can open and close. The rear looks particularly bulking due to the cladding but looks to be hiding a redesigned bumper and diffuser. Central-exiting dual tailpipes are also visible. 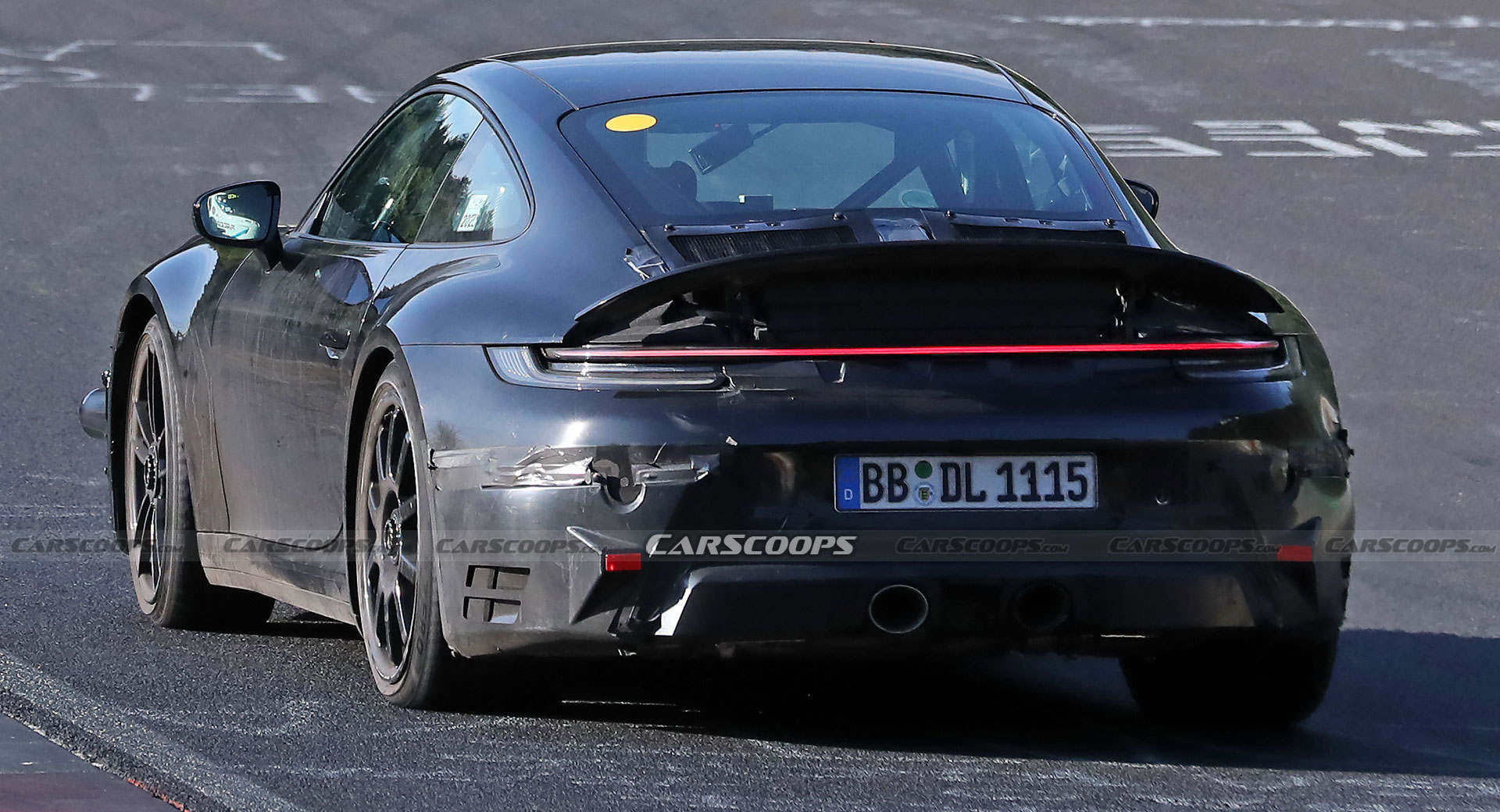 As for the hybrid part? Well, while we obviously cannot see the powertrain of this case, the presence of the yellow stickers across its exterior are a dead giveaway of what is going on under the skin.

The Porsche 911 hybrid is expected to not be able to plug-in, going down the self-charging mild-hybrid route, even though Porsche does have some plug-in models in its range. Instead, it is expected to use hybrid technology from its motorsport division, including the all-conquering 919 hybrid. It seems inevitable that power from all Porsche 911 models equipped with a hybrid system will rise significantly from outgoing, hybrid-less 911s currently on the market.

Questions remain around how many 911 variants will be sold as hybrids. While it was initially thought that there would be a single 911 hybrid model, suggestions that the 911 GTS could morph into a hybrid has led some to speculate that all 911 models, other than GT models, could benefit from a small electric motor and battery pack.