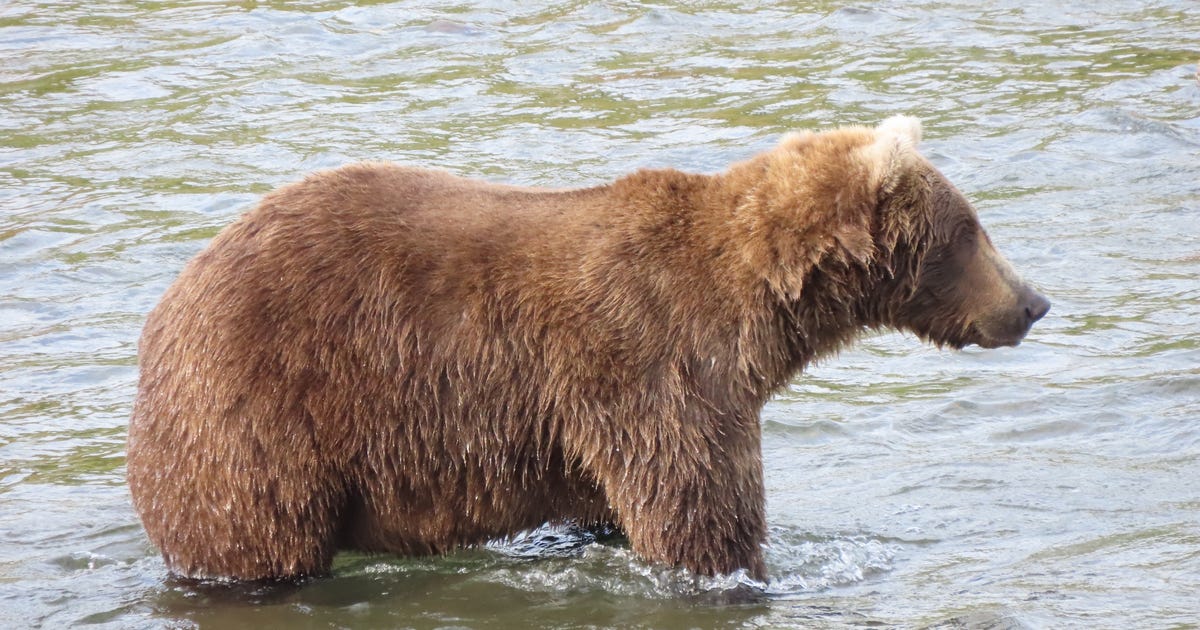 The brown bears of Alaska’s Katmai National Park and Preserve have experienced some personal growth this summer.

Nope, not quite the kind they’d announce to their friends over brunch. These bears have literally packed on the pounds to prepare for winter hibernation. (But hey, if they’ve also grown in themselves as a bear, that’s a plus.)

Wait, why are we talking about bears again? Well, Wednesday marks the start of Fat Bear Week, an annual tournament that lets the public vote “for the bear who they think best exemplifies fatness in brown bears,” according to a news release.

There are 12 hefty contestants in the lineup this year, including last year’s winner, the floppy-eared 480 Otis. The first round pits 335, one of the youngest bears in the competition, against the blond-eared 164. The oversized 856 is also up against the droopy-bellied 747. You can read the bios for all of this year’s competing bears here.

Voting takes place on FatBearWeek.org between Oct. 5-11. When it comes to selecting a bear, you could simply pick the contender that looks the fattest to you. Or you could weigh some other factors in your decision. According to the tournament’s website, mother bears and older bears tend to have it tougher than some of their omnivorous opponents.

Bears enter the den each winter and don’t eat or drink until they emerge in the spring, according to the National Parks Service. They must chow down in the lead-up to survive. Fat Bear Week celebrates that the bears are looking plump.

It also celebrates Katmai’s healthy ecosystem. Hungry bears are drawn to the large number of salmon readily available from roughly late June through September at the park, according to the NPS. In terms of my own personal growth, I could probably incorporate more salmon in my diet to balance out this 900-calorie nugget boxed meal from McDonald’s.