The Audi RS3 is an exceptional little sports sedan with a wide breadth of talents. For some, that’s not enough though, and tuning house ABT has a new product just for them. It’s called the RS3-R and it dials up the already high-strung sports sedan to 11. Only 200 of them will be built worldwide.

As the entry-level RS model, the RS3 delivers 401hp (299 kW) and 369 lb-ft (500 Nm) of torque from its 2.5-liter five-cylinder turbocharged engine paired to a 7-speed automatic transmission and a sophisticated all-wheel drive system. With a manufacturer claimed 0-60 mph (96 km/h) time of 3.6 sec and a top speed of 180 mph (290 km/h), ABT decided (for the time being) to leave the powertrain alone and instead focus on enhancements to the rest of the car to improve overall performance and looks.

Those changes start with forged 20-inch ABT High Performance HR20 wheels. Aside from looking great, these wheels are lightweight which in turn reduces unsprung mass and makes the RS3-R even sharper in the bends. The standard RS3-R package also includes ABT lowering springs that drop the car .98-inches (24.8 mm) in the front and 1.18-inches (29.9 mm) in the rear.

Read More: Next Audi RS3 Will Reportedly Be An All-Electric Compact Rocket 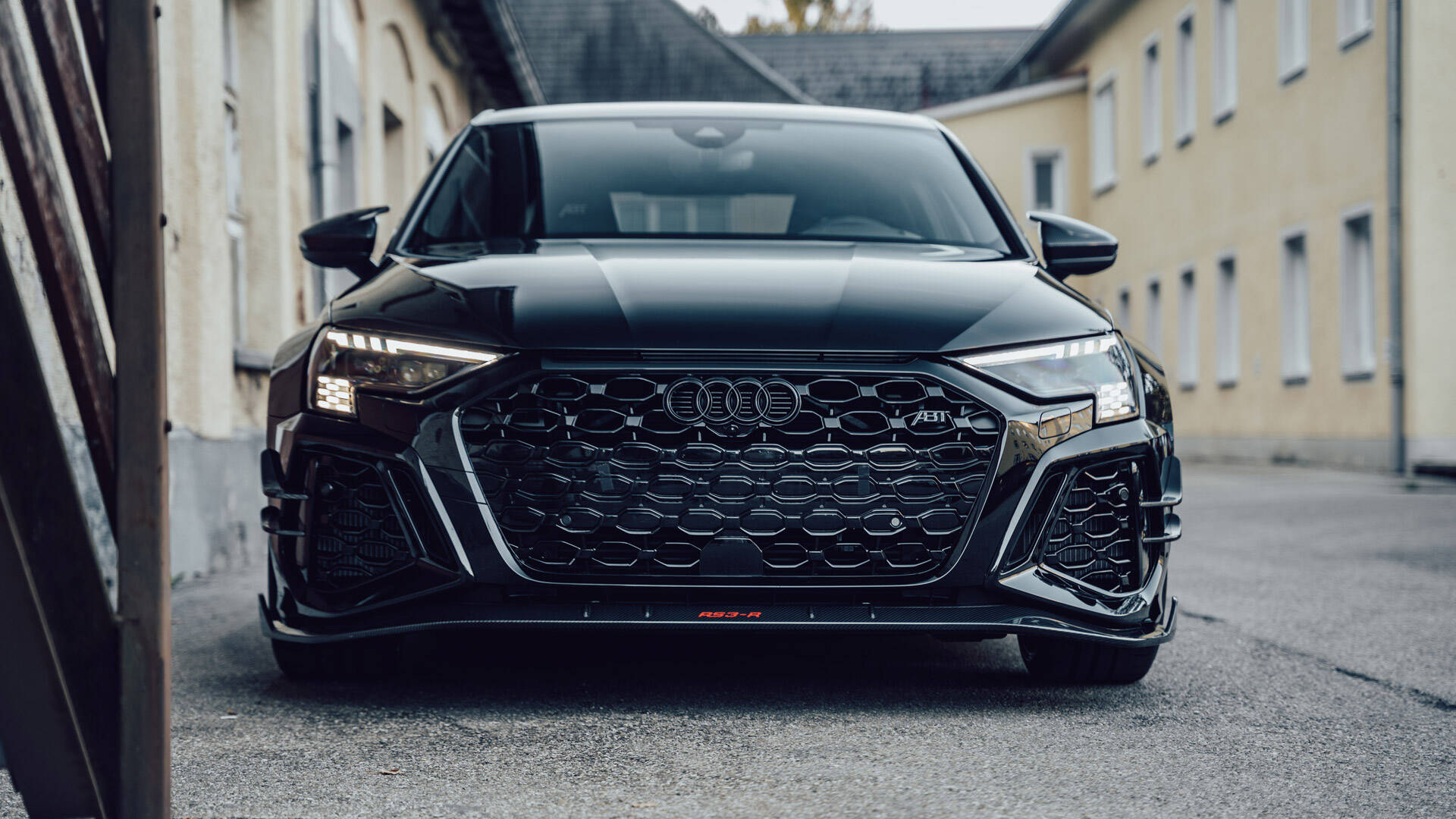 Buyers can instead opt for fully-adjustable ABT coilovers which include settings for both bump and rebound. Regardless of which suspension a customer decides on, ABT Sports Stabilizer bars come standard. In addition, ABT includes stainless steel exhaust tips finished in matte black.

Stylistic changes help the RS3-R stand out from the crowd too. A full carbon fiber aero package includes a new front lip, mirror caps, front bumper flics, fender add-ons, and a rear skirt insert. Much like the RS3 itself, these changes are subtle but muscular enough that most enthusiasts will notice the differences.

Inside the cabin, customers will find ABT floor mats, door sills, and a Start-Stop switch cap. Before they even get in they’ll be greeted by ABT entrance lights that shine down onto the ground when the doors are opened. An emblem badge on the dash will signify which of the 200 units each car is.

Deliveries Start Next Year, Including To The U.S

ABT says that the RS3-R package will begin to ship to authorized partners early next year. For the time being, customers in North America won’t have the option to add horsepower through this particular package but according to ABT’s Bjoern Marek, the team hopes that’ll change in the near future.