General Motors is now working on an electric crate motor for classic vehicles, but until it comes, people interested in modifying old Chevrolets to run on electric power, like retired skateboarder Tony Hawk, have to find other EV powertrains to swap into their classics.

In a recent episode of Jay Leno’s Garage, the CNBC show, not the YouTube channel, Tony Hawk’s 1964 Chevrolet Corvette Stingray convertible was featured by the TV personality. Converted to electric power by EV West, Hawk says in the interview that, because of Covid-related delays, this interview is the first time he’s had the opportunity to drive the car since its conversion.

The legendary skateboarder commissioned the conversion in 2019, and it has had its 327 V8 was replaced by a Tesla small drive unit that pumps out 300 hp (224 kW/304 PS) to a single speed transmission. 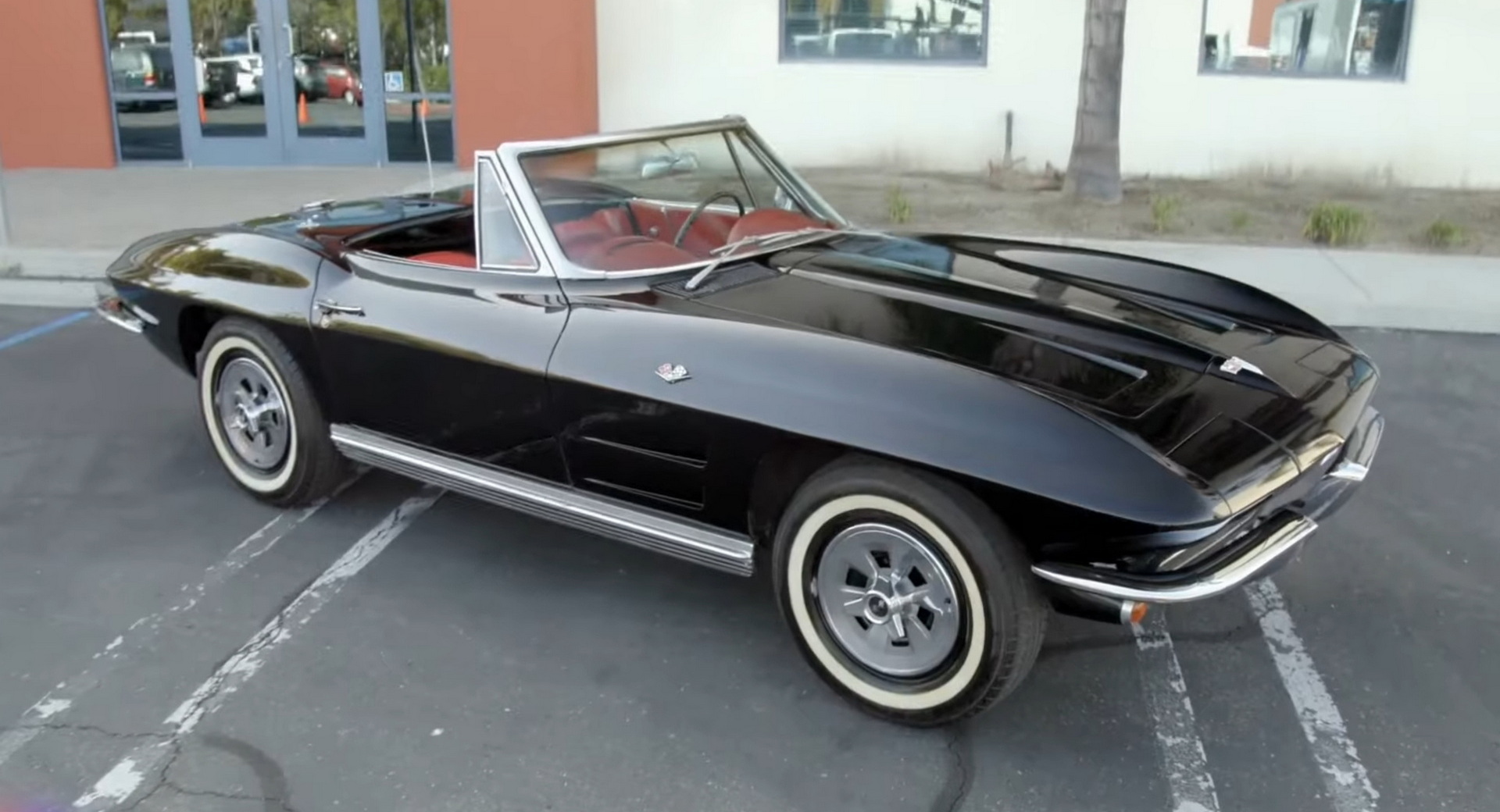 The 427 engine is long gone now, and when they open the hood to look under—”just to piss off all the purists,” as Hawk quips—there’s little to be seen apart from a battery pack covered in steel that, according to Leno, looks like a coffin.

That’s because, as is only right and proper, the electric motor powers the rear wheels, which means it has been placed at the back of the car. “It’s all smoke and mirrors,” says Hawk, but, to appease the purists, Leno reminds the audience that this electromod is completely reversible. Nothing has been cut, and the engine has been retained, just in case Hawk changes his mind.

He seems unlikely to, though, because he says that the car drives just like the original, albeit he can’t help but want to use the shifter, which has been retained despite gear selection no longer being necessary.