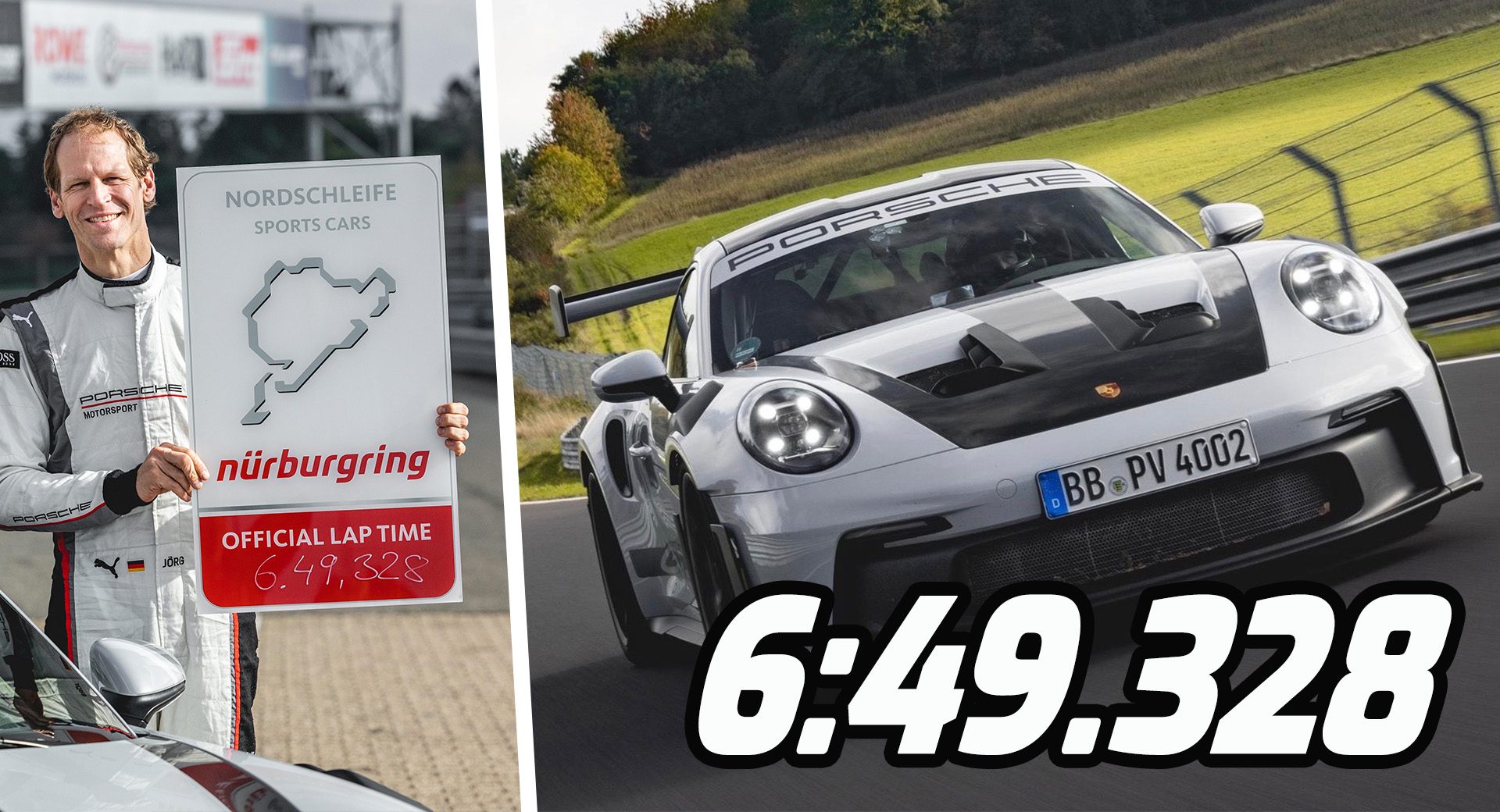 A 2023 Porsche 911 GT3 RS has just lapped the Nürburgring Nordschleife faster than any other naturally-aspirated production car. The latest GT3 RS recorded a blistering 6:49.328 lap time for the 20.8 km (12.9-mile) version of the course, beating the non-RS GT3’s time by 10.6 seconds.

The 518 hp (525 PS) RS’s official time makes it just over a second slower than the Mercedes-AMG GT Black Series, which lapped the same track in 6:48.05, and 6 seconds behind Porsche’s own Manthey-kitted 911 GT2 RS. Notably, both of those cars feature far more powerful turbocharged engines.

In the process the RS demolished the old shorter 20.6 km (12.8-mile) lap, which eliminates the T13 straight, in 6:44.848. The longer lap is now the official standard for Nürburgring times, but most of the official lap times you’ll see from manufacturers listed from the 1990s until a couple of years ago were run over the track’s shorter configuration.

“We lost a little downforce due to the strong, sometimes gusting wind, but I’m still very happy with the lap,” said Jorg Bergmeister, who drove the lap and was involved in the GT3 RS’s development.

“In the fast sections in particular, the 911 GT3 RS is in a league of its own. Here it’s on a level usually reserved for top-class racing cars. The car is also setting new standards in braking. Fast laps on the Nordschleife are simply so much fun in this car.”