Driven to 16 wins, two Formula 1 constructors’ championships, and two drivers’ championships, the McLaren MP4/5 earned its legendary status through its racing exploits. Having been driven in competition by just three drivers (Ayrton Senna, Alain Prost, and Gerhard Berger), the experience of actually being behind the wheel has long been but a dream for most.

Now, though, thanks to modern camera technology and Arrow McLaren Indycar driver Pato O’Ward, you can get much closer to what that must have felt like. The young driver was given the opportunity to drive the car for the very first time at the famed Laguna Seca Raceway. 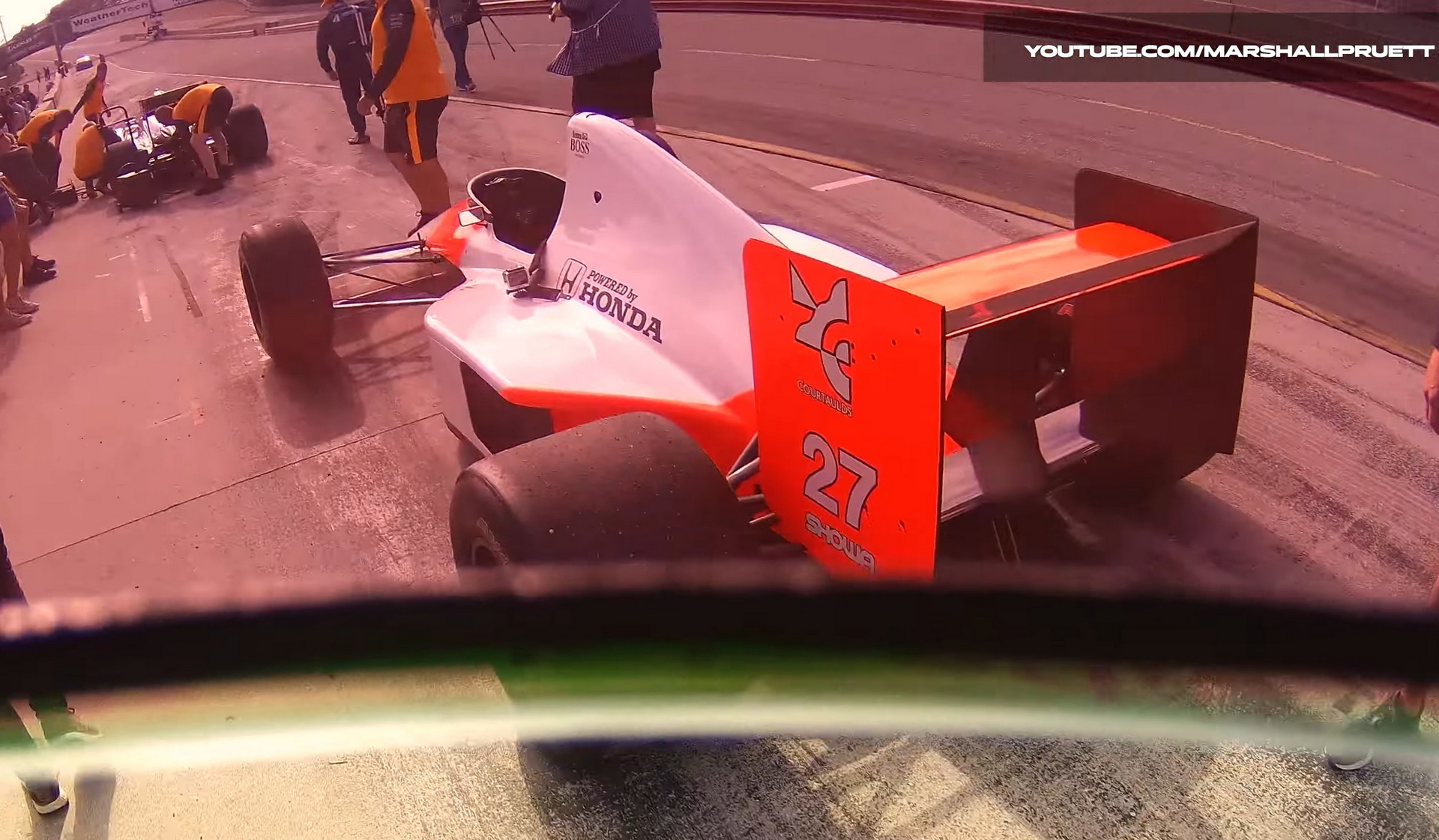 Driven to victory at the U.S., Monaco, Canadian, German, Belgian, and Italian Grands Prix, and onto the podium at the Brazilian, San Marino, Mexican, French, British, and Portuguese Grands Prix, the updated car was a success from its first outing.

Built by the McLaren factory when it was being run by legends such as Gordon Murray, Neil Oatley, Steve Nichols, and more, the car was the difficult followup to the nearly unbeatable MP4/4 (which can be driven in Gran Turismo 7).

From behind the wheel, the experience is staggeringly overstimulating. Thanks to the howling engine, the shifting, the unrelenting suspension, and the open cockpit, it’s impressive that O’Ward can drive the way he does, considering that this was his first time ever driving the car.

A reminder of how violent the F1 cars were in this era, the newfangled helmet cam gives us new insights into how hard the drivers in the late ’80s and early ’90s had to work to go fast. O’Ward’s reaction to the car on its cooldown lap, meanwhile, gives us an insight into how much fun it is.