Even though the KTM X-Bow GT-XR has already been revealed, the car is still undergoing testing to ensure it’s perfect before reaching the hands of customers. That testing can be seen in this new video from AutomotiveMike, which shows the X-Bow lapping the Nurburgring with impressive speed.

Powering the X-Bow GT-XR is an Audi-sourced 2.5-liter turbocharged five-cylinder engine. That powerplant makes 493 hp (500 PS / 368 kW) and 429 lb-ft (581 Nm) of torque, which in a car that only weighs 2,491 (1,130 kg) is quite an impressive figure. And thanks to that unique piston configuration, it provides sounds akin to a mini V10 as the car puts its top-tier cornering abilities to the test around the ‘Ring.

Part of what makes those cornering abilities so good (in addition to the low curb weight, clever suspension, and sticky tires) are all the downforce-generating aero components such as the massive front splitter, rear wing, diffuser, and ground effect floor. But as good as the GT-XR is on track, KTM also wanted to make it at least somewhat livable, given that it is a road car and all. To do that, they fitted it with a large 96-liter (25.4-gallon) fuel tank, electrically-assisted progressive power steering, and an optional hydraulic lift system that can raise the car’s ride height by up to 3.5 inches (9 cm).

Elsewhere, we can see white vinyl around the car’s cockpit, which, for those who aren’t already familiar, lifts forward and up to allow the driver to enter much like they would in a fighter jet. 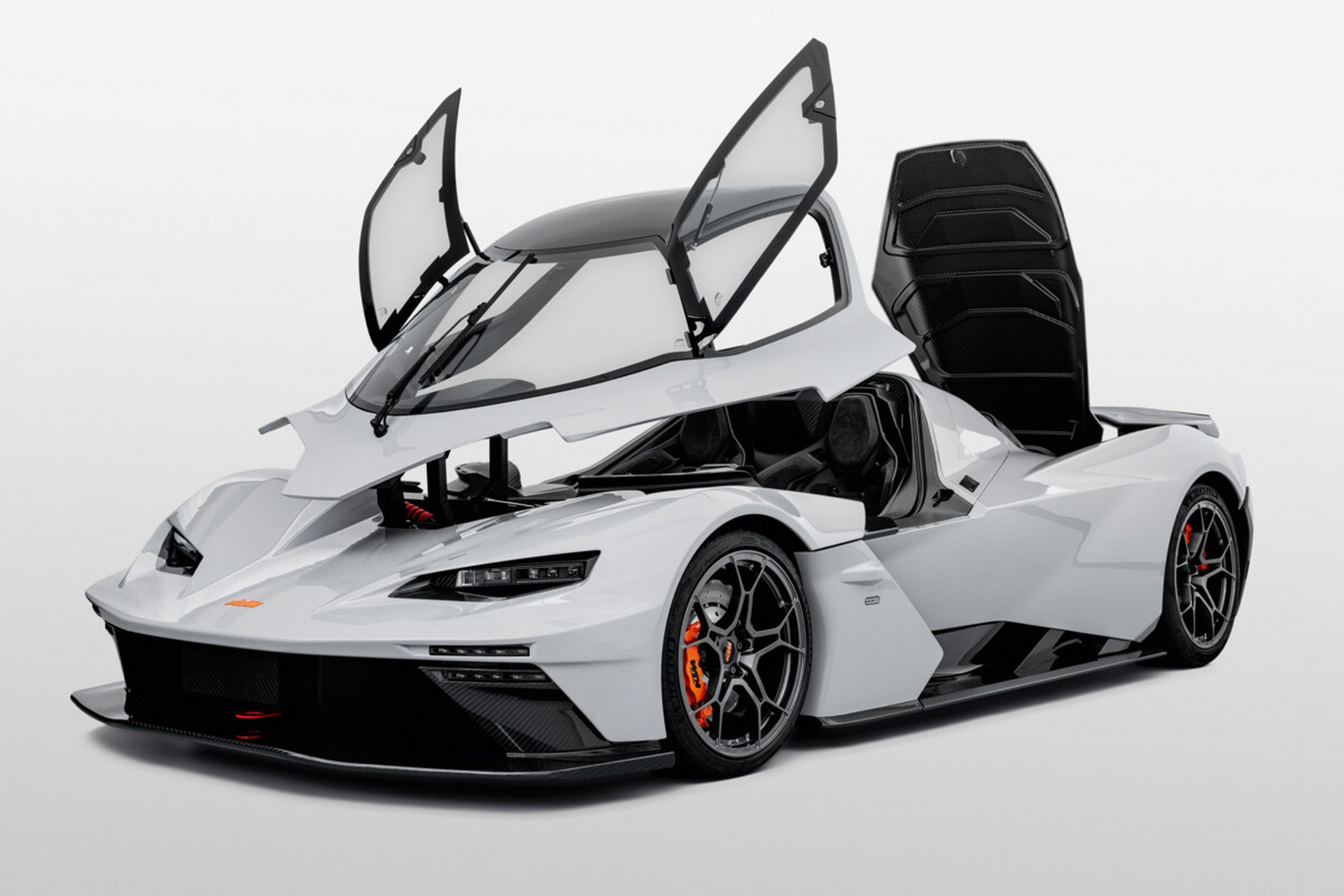 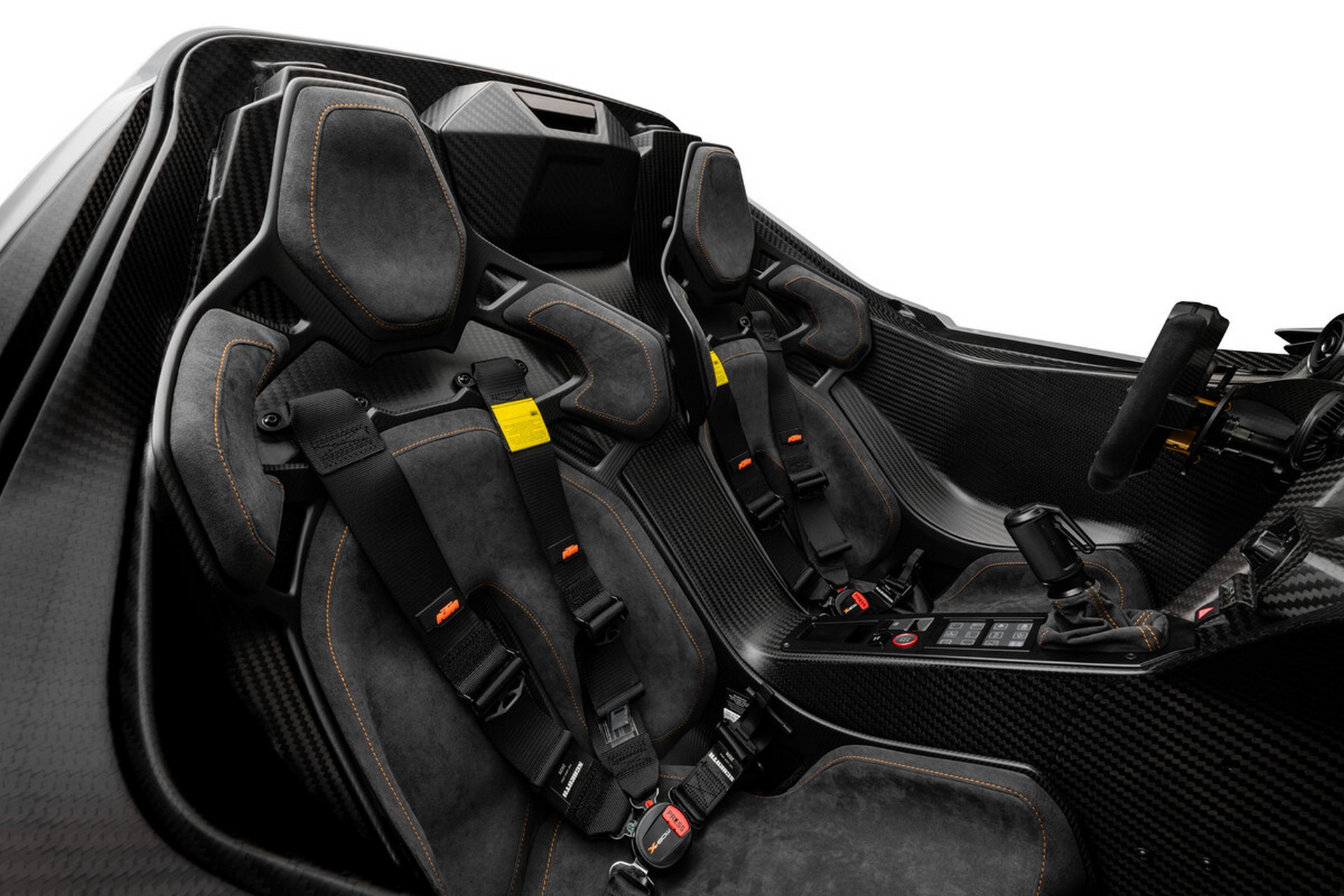