Even since the current-gen Ford Escape’s entry into the market for the 2020 model year, many have complained about the crossover’s unassuming styling. Three years later, Ford is attempting to address those complaints with the facelifted 2023 Escape, which not only brings improved aesthetics, but also a new trim structure as well.

In place of the outgoing crossover’s S, SE, SEL, and Titanium trims, the Escape now adopts a more name-based structure to denote its models. Starting off the lineup is the aptly named Base, followed by the Active and Platinum trims. After that, there’s the new ST-Line, which comes in three flavors: ST-Line, ST-Line Select, and ST-Line Elite. Finally, there’s the Plug-In Hybrid, which, as the name suggests, is the PHEV trim of the Escape.

The current Escape’s styling was more in line with Ford’s European hatchbacks like the Fiesta, Focus, and Puma, but since we don’t get any of those vehicles here to solidify that type of design language, the compact crossover felt a little out of place in the American lineup, leading to a rather mixed reception. This new facelift looks to put the Escape better in line with the larger Edge and Explorer, while still keeping it differentiated from the boxy Bronco Sport it shares a platform with.

It accomplishes that with an all-new front bumper design, which looks identical to the one spotted on an undisguised test vehicle back in July. In addition to that new bumper with its revised grille and fascia, the Escape also boasts new headlights, which are now accompanied by a “coast-to-coast” LED light bar on select trims to give it a more distinctive look. On top of that, the new ST-Line trim adds a black mesh grille, a rear wing, a new rear skid plate, body-colored cladding, new wheels, and a flat-bottom steering wheel among other sporty touches. 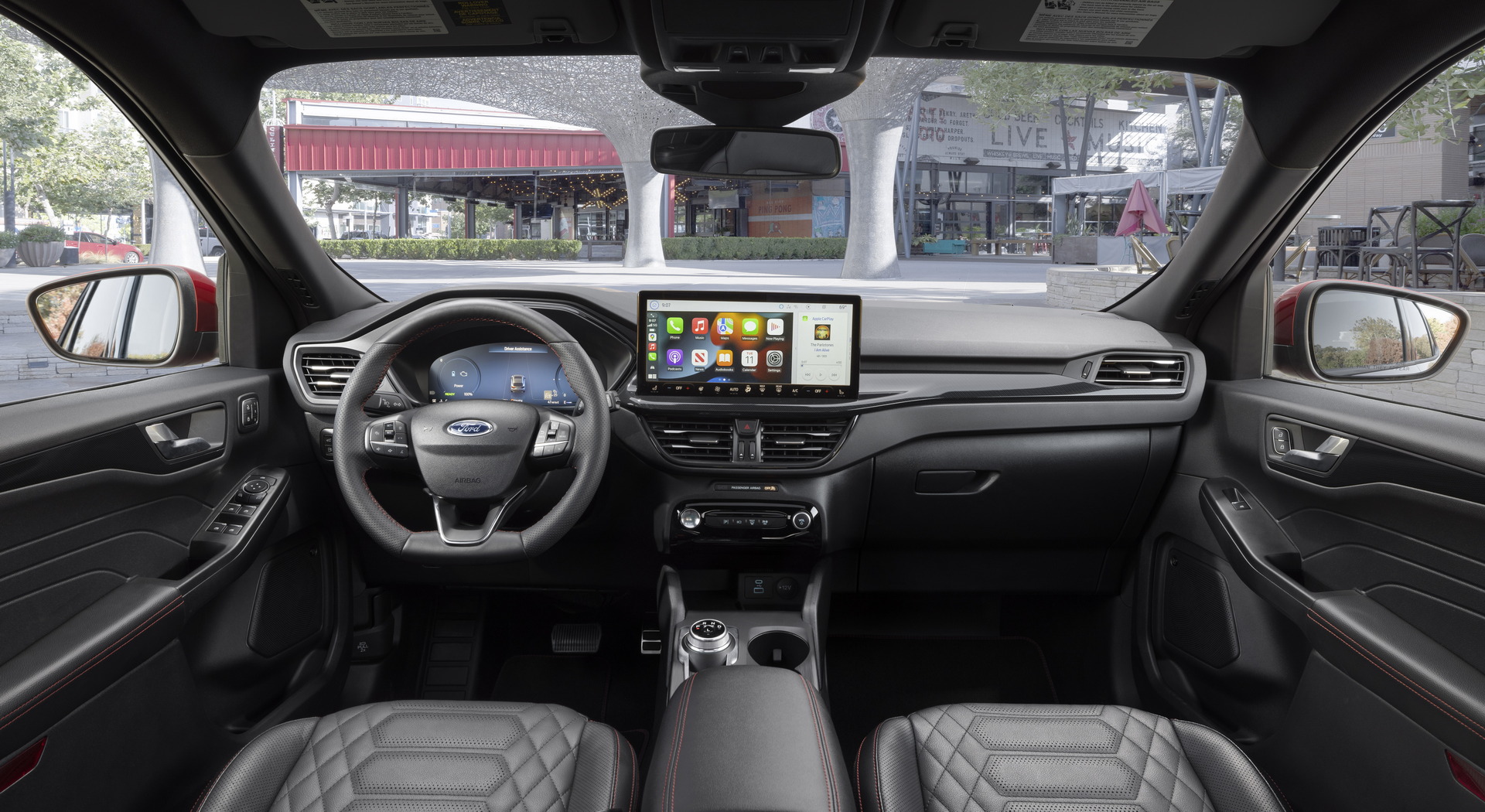 Inside, upholstery options include Ebony on the Base trim, while the Active, Platinum, and Plug-in Hybrid add Space Grey to the mix. The ST-Line is Ebony-only like the Base, but it boasts the addition of red stitching on the seats, steering wheel, door panels, floor mats, and center arm rest. 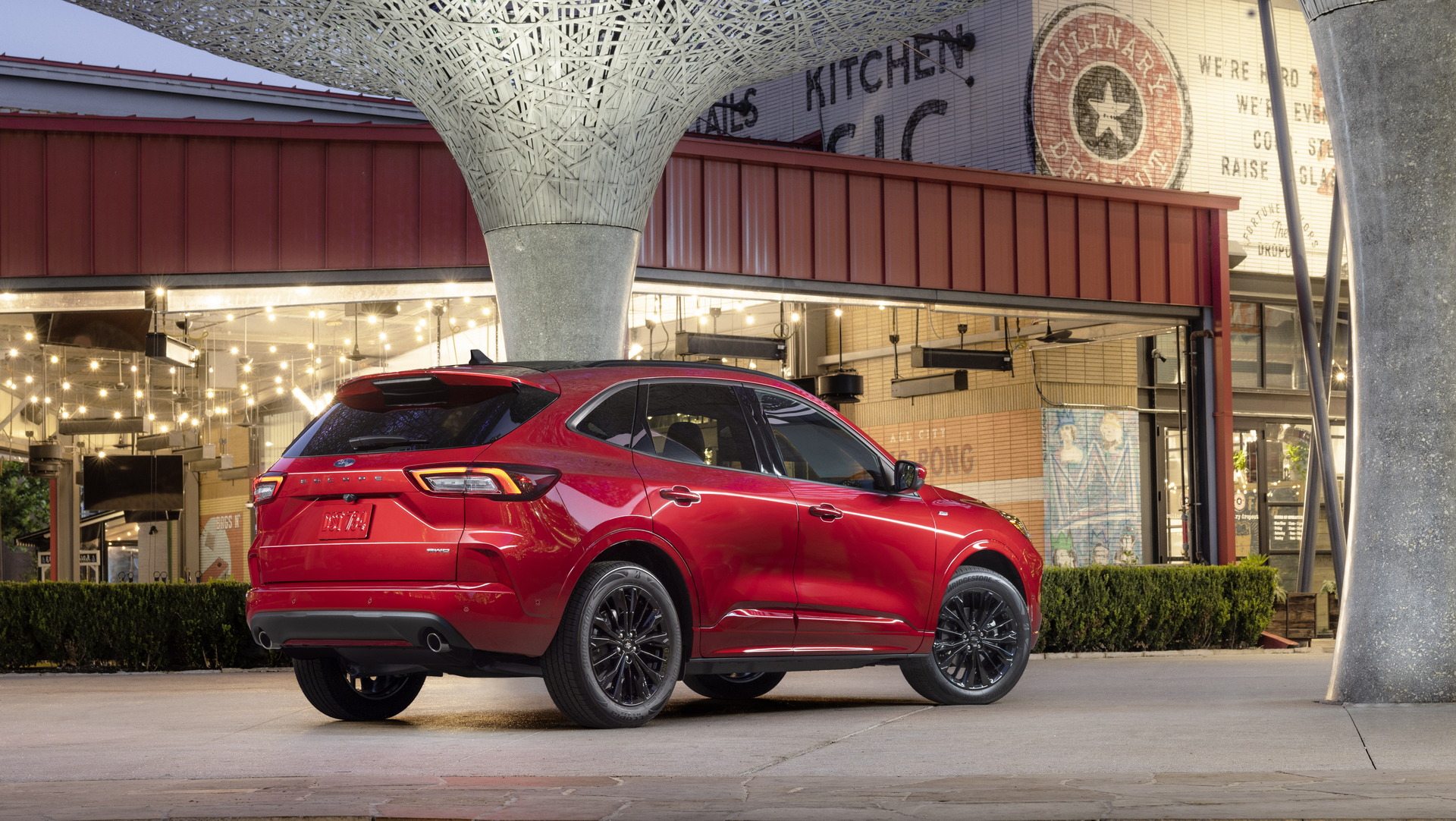 Both front- and all-wheel drive are available depending on which Escape trim and options are selected. Ford is targeting an EPA-estimated range of 400 miles (644 km) regardless of engine option, while the FWD full hybrid model targets upwards of 550 miles (885 km). Pricing for the new Escape starts at $27,500 before the $1,495 destination fee, and order books are currently open.