Really fast cars are getting more expensive across the world. With that in mind, finding a car that’ll provide most of the experience of a high-end sports car or supercar for a reasonable price feels special. This extremely custom Saturn Sky is special too and that’s before you pop the hood and see its Corvette heart.

Almost hilariously, this 2007 Saturn Sky is listed as a base model and it might’ve started out that way but it’s nowhere close to those roots now. Back when it was stock it would’ve been motivated by a 2.4-liter four-cylinder engine with 177 hp (131 kW) and 166 lb-ft (224 Nm) of torque.

Those figures aren’t really exciting but the Sky was one of Saturn’s last attempts at relevancy and probably the most beautiful car it ever made. Someone took this example and turned it up to eleven though. Under the hood is what looks like a Corvette-sourced LS2 V8. In most applications, that 6.0-liter aluminum block is good for 390ish hp (290 kW) and about 400 lb-ft (541 Nm) of torque. 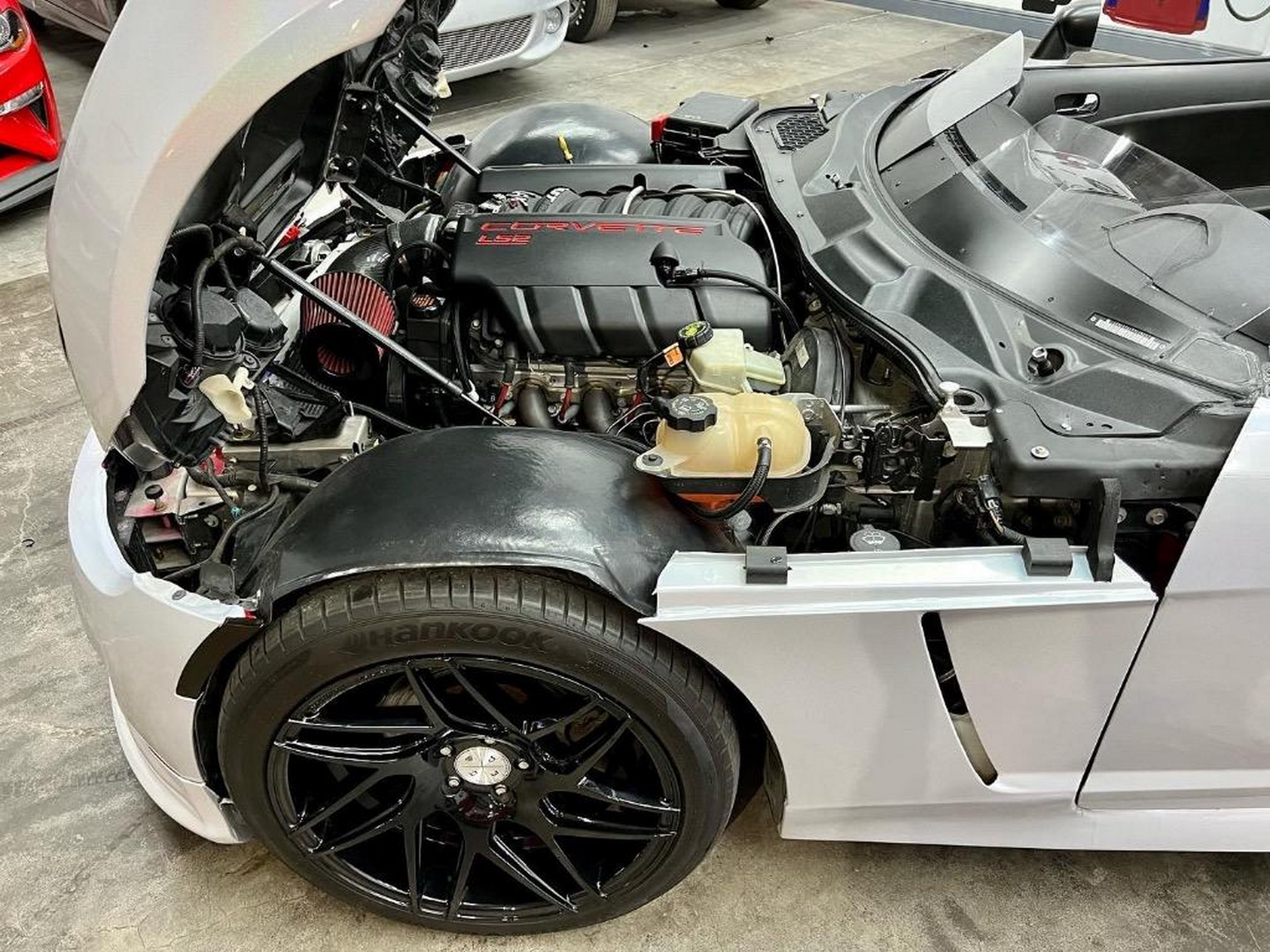 If there’s one way to make just about any car more enjoyable and fun, more than doubling the power output seems like a great way to go. That power is fed to the rear wheels through a manual transmission though we don’t know how many cogs lie within. While onlookers might hear you coming, the engine likely won’t be the most attention-grabbing part of this car though.

That honor has to go to the complete lack of any sort of roof whatsoever and in addition, the small glass panels jutting up from the dash where the windshield used to be. This little car looks like a concept car that GM was never bold enough to build. There are few details on how and when these modifications were made but Certified Motors LLC only wants $30,000 for this car.

We’d suggest a thorough test drive and pre-purchase inspection but provided those checkout, this seems like one wickedly fun way to paint the town red.