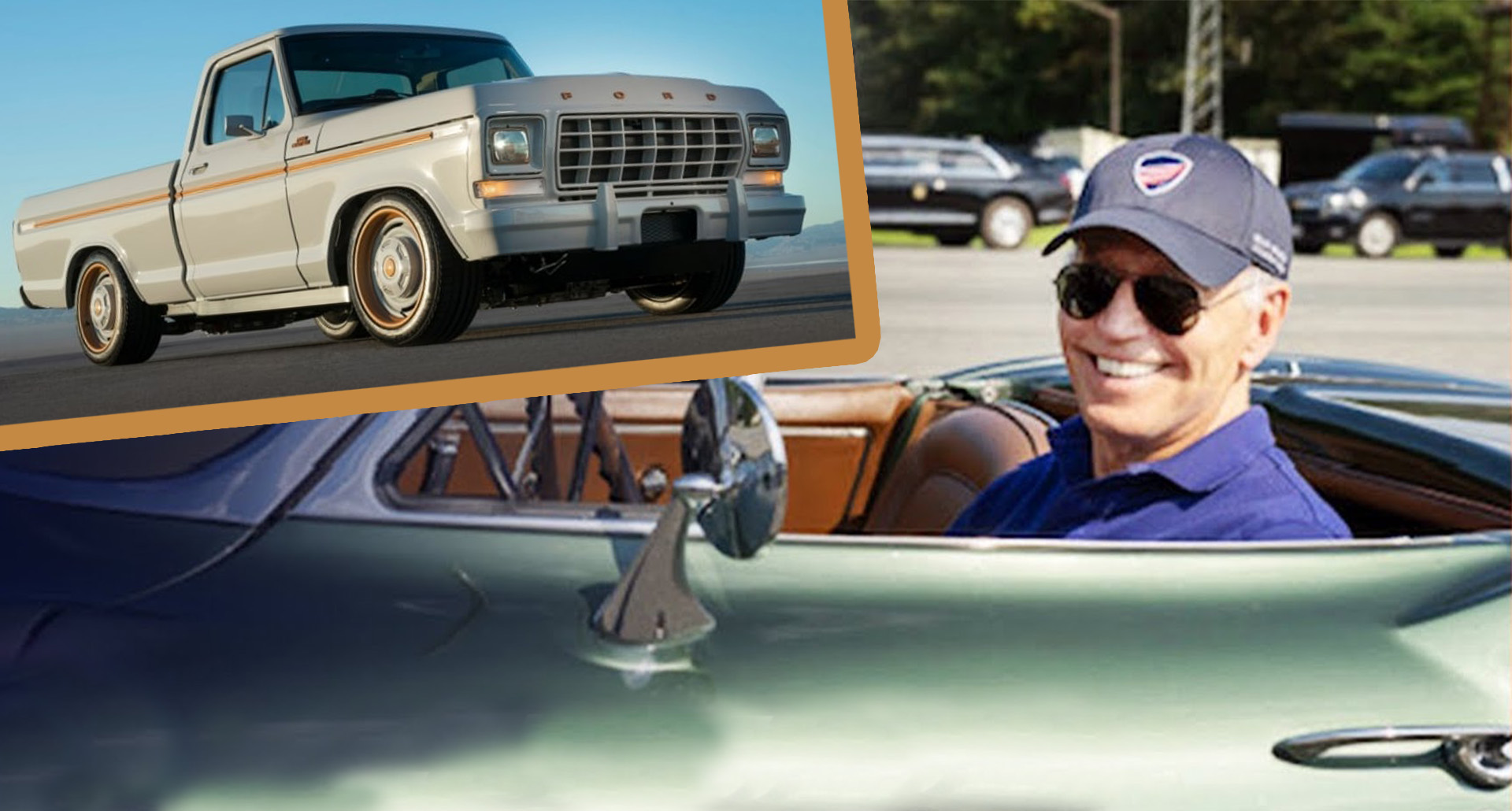 Imagine being the most powerful man in the world, but being powerless to drive your own car. That’s a very real problem for President Joe Biden, and a particularly cruel one because he owns a stunning 1967 Corvette Sting Ray roadster.

Joe’s fairy godmother is Jay Leno, who recently got the president behind the wheel of a Ford’s Eluminator electromod pickup, and his Sting Ray, for an episode of Jay Leno’s Garage on CNBC where we get to see POTUS vent all that frustration and race his Vette to a claimed 118 mph (190 km/h) against a C6.

You’re probably familiar with the Eluminator, even if Biden appears not to be. Unveiled at SEMA last year to showcase Ford’s electric crate motors, the truck is essentially a 1978 F-100 stuffed with the dual-motor, all-wheel drive powertrain and dashboard of a Mustang Mach-E GT Performance Edition.

Biden likes the refinement of the electric setup, but loves the response of the 480 hp (358 kW / 487 PS) motors more, even mashing his right foot into the bulkhead and chirping the tires to prove his point. Let’s hope he’s mis-used his position to persuade Ford boss Jim Farley to convert a few old F-100s for public sale, because as it stands the Elumintor is destined to remain a one-off concept.

Elsewhere in the show Biden re-runs the Corvette drag race he had a few years back with the late Colin Powell. The four-star general always felt Biden had jumped the start on that meeting so his son Michael jumps behind the wheel of the very same C6 Corvette to reclaim the Powell family’s honor.

Whatever your political persuasions, it’s hard not to do a little fist pump when Biden lights up the tires on the immaculate Corvette he was given as a wedding present in 1967. It’s hard to imagine Britain’s Prime Minister, Rishi Sunak, doing the same, or even knowing how. That’s presuming the president’s minders actually let him do that, and then race off without wearing a helmet, as the carefully edited footage wants us to believe.

President Joe Biden is back on Jay Leno’s Garage and back behind the wheel!

The President of the United States joins Jay to discuss the future of electric vehicles in America and these two car guys go for a ride in an electrified 1978 Ford F100 truck.

See you tonight at 10! pic.twitter.com/mYiNwOnlHj

It looks like the C6 easily takes the win, as you’d expect given the modern Corvette’s stickier rubber and a likely 150+ hp (152 PS) true difference between the optimistic 350 hp ( 355 PS) rating of Biden’s Sting Ray and the more accurate 455 hp (461 PS) output of the newer car.

The speedo graphics overlaid on the video show Biden reaching 118 mph (190 km/h), which is almost certainly creative license, because they also show him getting to 60 mph (97 km/h) in 3 seconds and 100 mph (161 km/h) in five. Forget round three, we say and bring on the Bugatti Chiron. Joe can take him.

You can check out the full Corvette race at Road & Track