Driving your own car on Germany’s Nürburgring is a rite of passage for many car fans. But being driven around by a pro driver who knows the track inside out is every bit as exciting, which is why the ‘Ring taxi gets booked up so far in advance. Imagine though, if you could combine the two activities. Imagine if your car could take you on a hot lap of the Nürburgring.

Lotus says it’s busy working on exactly that idea for its future cars. The new Eletre electric SUV comes standard with Lidar to ensure its at the forefront of autonomous technology on the road, but that same tech could also allow a Lotus to drive its owner around the Nürburgring Nordschleife.

The Eletre was partly developed on the ’Ring’s 12.9 miles (20.8 km) and 154 corners, so its fair to assume both that it’s fairly capable there and that Lotus has every single bit of data covering GPS position, steering angles and braking and acceleration points necessary to get the car to put it a fast lap all on its own. Of course, tourist days can get really busy, and since the ‘Ring is technically a toll road you can find yourself negotiating everything from kamikaze Kawasakis to giant buses and camper vans, but that’s where the Lidar comes in. 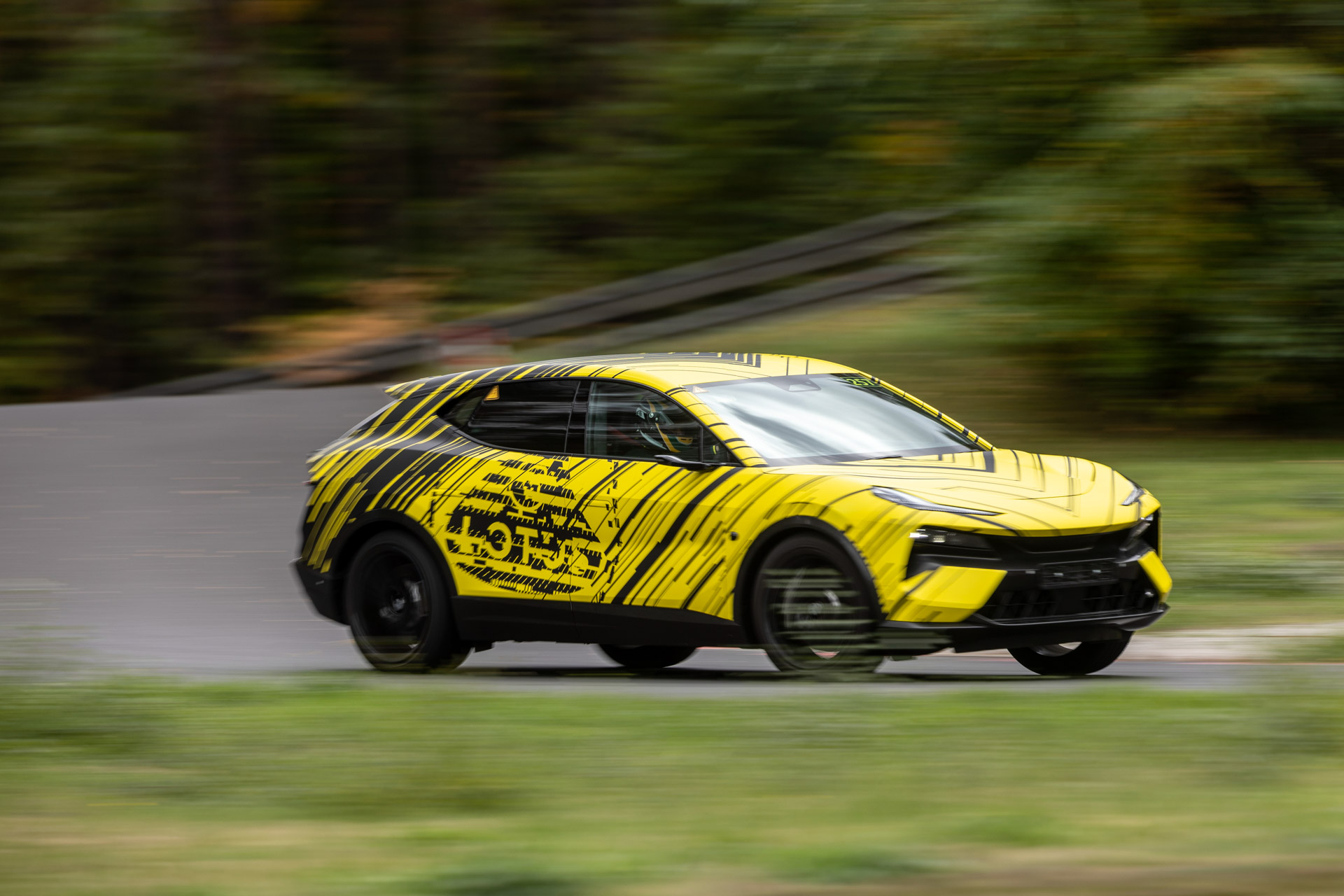 I’ve been a passenger on some wild hot laps of the Nürburgring, including riding shotgun in a Lexus LFA alongside a Lexus test driver on the original launch. It’s humbling watching someone that good and that confident wring every last drop of performance out of car he knows inside out on a track he knows equally well. What should have been downright terrifying ended up being laugh out loud hilarious because I absolutely trusted the man behind the wheel.

But would you trust a car in the same way? In theory it should be safer because you’re removing the chance of driver error from the equation, but I’m not sure how I’d cope with sitting behind the steering wheel and trying not to grab the controls as we ripped down the Foxhole at 120 mph (193 km/h).

Apart from simply giving demo rides, an autonomous Nürburgring mode would be very useful for helping you learn the track, which can take quite a while. In fact, the danger with the ‘Ring is that you can quickly get to a point where you think you know it, so start to drive less cautiously, then arrive at a corner you’ve confused with another, faster corner, and you’re in deep trouble, then deep into the armco barriers. An autonomous mode could help show you the ropes while also acting as a safety net, ready to catch you if you mess up, much like an ESP Sport mode lets us play oversteer hero in rear-wheel drive cars.

Would you like to learn the ‘Ring with some autonomous help, and would you let an Eletre take you for a sub-8-minute maximum attack self-driving lap?