If the ever-expanding screens, increasingly complex drivetrains, and faintly soulless experiences are making you rethink your next car purchase, then perhaps a meticulous restomod is more your cup of tea. Perhaps one like the new Project Exeter from Legacy Overland.

Using a two-door 1975 first-generation Range Rover as the base, the company undertook a painstaking restoration process to bring the classic off-roader, not only back to life, but well into the 21st century. It took the company three years to complete, but the results look to be worth it. 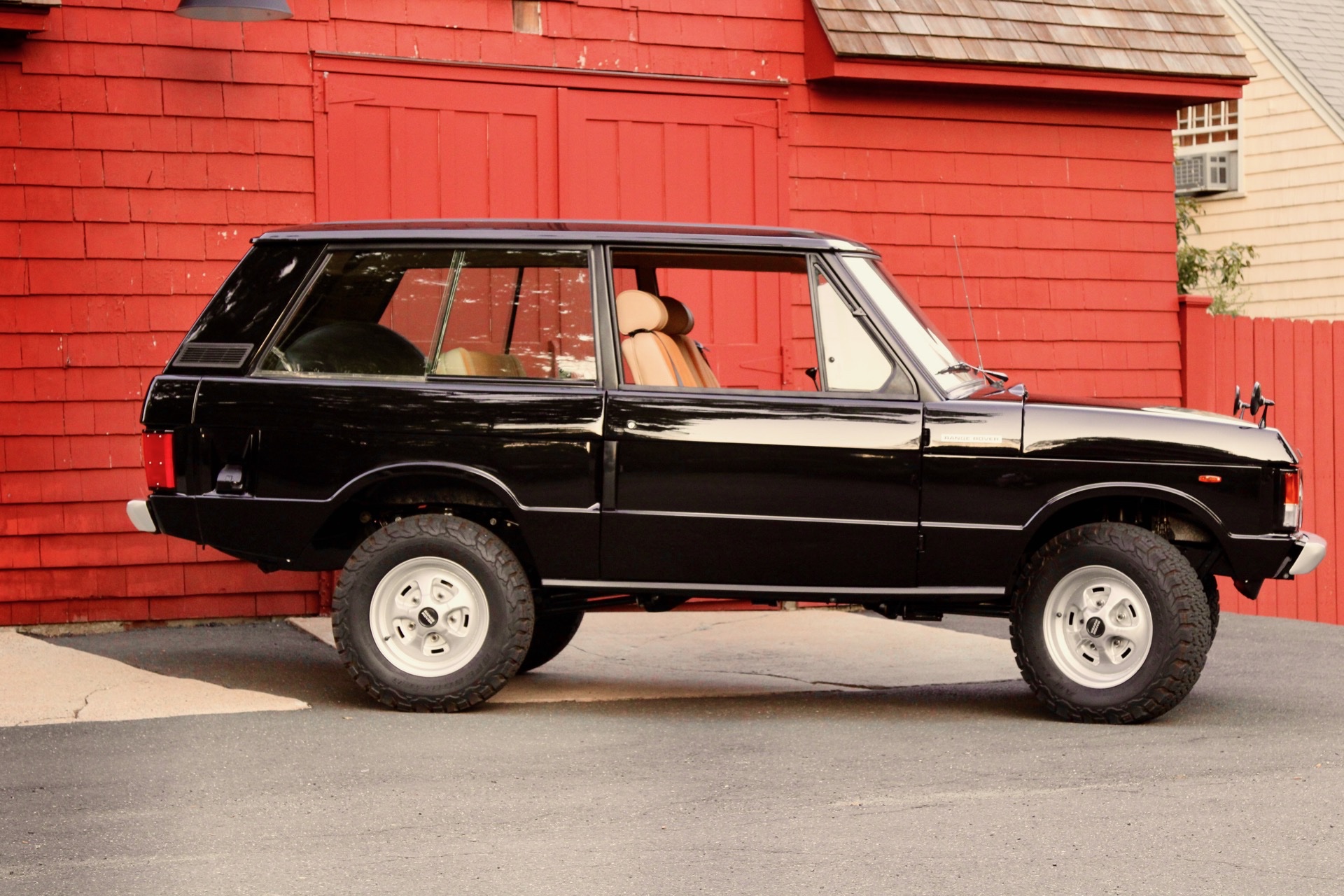 Project Exeter is now powered by a 6.2-liter GM LS3 V8 crate engine, which is mated to a GM 6L80 six-speed automatic transmission. The Land Rover LT230 transfer case has been retained and rebuilt while a set of performance disc brakes and braided brake lines keep the power in check. Everything is kept cool thanks to an aluminum radiator and a power steering cooling system. 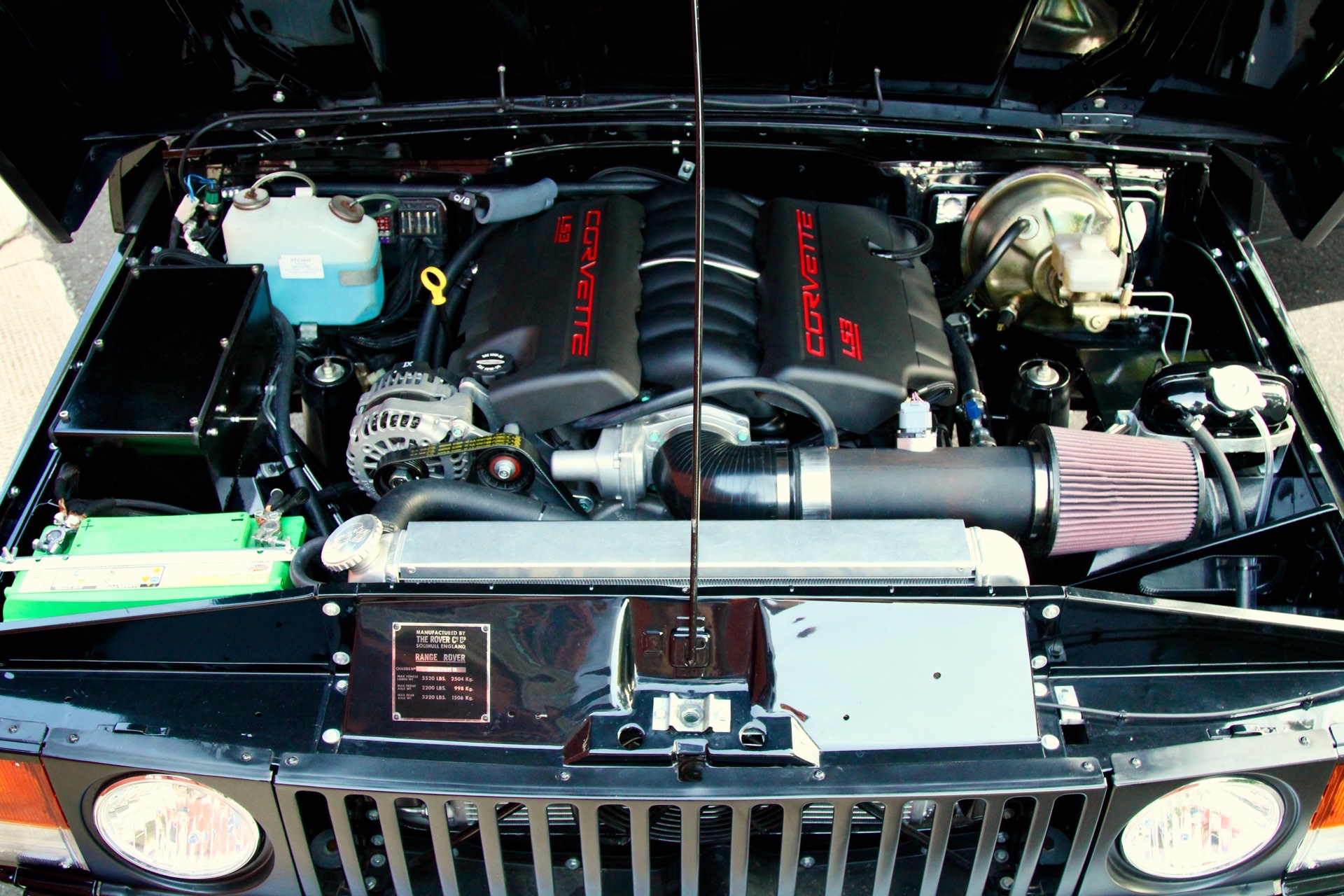 The exterior has been subjected to a full frame-off restoration, while the body is finished in Land Rover’s Beluga Black. But aside from the better-than-factory paintwork and a custom exhaust system, there’s little to indicate that the Exeter is anything but stock on the outside. The eagle-eyed observer may notice the Xenon headlights and Restyle wheels with custom center caps, but the real changes are found inside.

While the Range Rover Classic may have been more refined than the Series vehicles it provided an alternative to, it was still a utilitarian far cry from the opulence demonstrated in today’s range-topping Rangies. Legacy Overland fixes that with a newly upholstered interior that features shag pile carpet and a hand-crafted headliner. 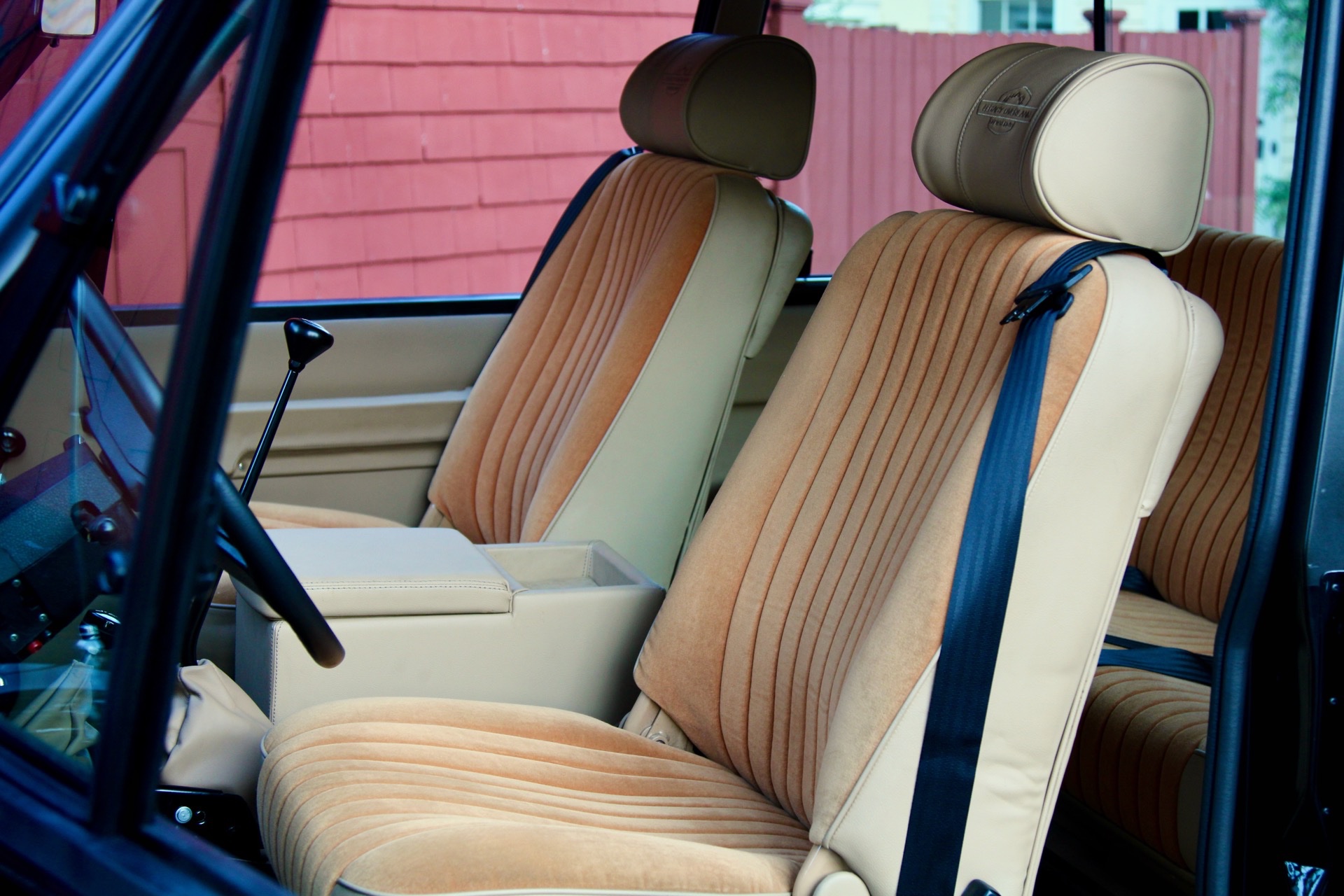 The seats retain their retro kitsch, refinished in Saffron velour with palomino trim — the latter extending to the cubby box and doors. The interior features a single-din Alpine head unit which, while not the most period-looking unit around, features the conveniences of Bluetooth, Android control, Spotify streaming, and a USB port. Alpine is also the brand of choice for the car’s speakers and amp.

Other than refreshed plastics, a rebuilt speedo with added gauges, and a restored dashboard, the other interior highlight is the addition of a custom air conditioning system.

While it’s by no means the most radical restomod in the world, nor is it a fashionable electromod, we feel Legacy Overland’s subtle approach is brilliant in its understated charm. Let us know if you agree, in the comments below.