This article contains renderings for a hypothetical McLaren Ensifera by Dejan Hristov that are neither related to nor endorsed by McLaren.

For quite some time, Lamborghini and Ferrari were selling junior mid-engined supercars that competed directly against each other and when McLaren joined the party in 2011, it followed suit. Now, however, the brands’ respective ranges have changed, leaving us with the Lamborghini Huracan, McLaren Artura, and Ferrari F8 Tributo, all of which offer different levels of performance.

Then there’s the little issue of the new Ferrari 296 GTB. Rather than continuing to sell the F8 Tributo and SF90 Stradale as its only mid-engined supercars, Ferrari decided to create a supercar to slot between them carving out a new segment of the industry in the process and leaving both Lamborghini and McLaren without any direct rivals. There’s where the McLaren Ensifera comes in.

Created by Dejan Hristov, the Ensifera could be McLaren’s next hybrid model after the Artura. It adopts a design dramatically different than any other McLaren model and if it ever became a reality, would form the second pillar in the British brand’s electrification plans.

Read: McLaren And BMW May Co-Develop An Electric Supercar And Crossover 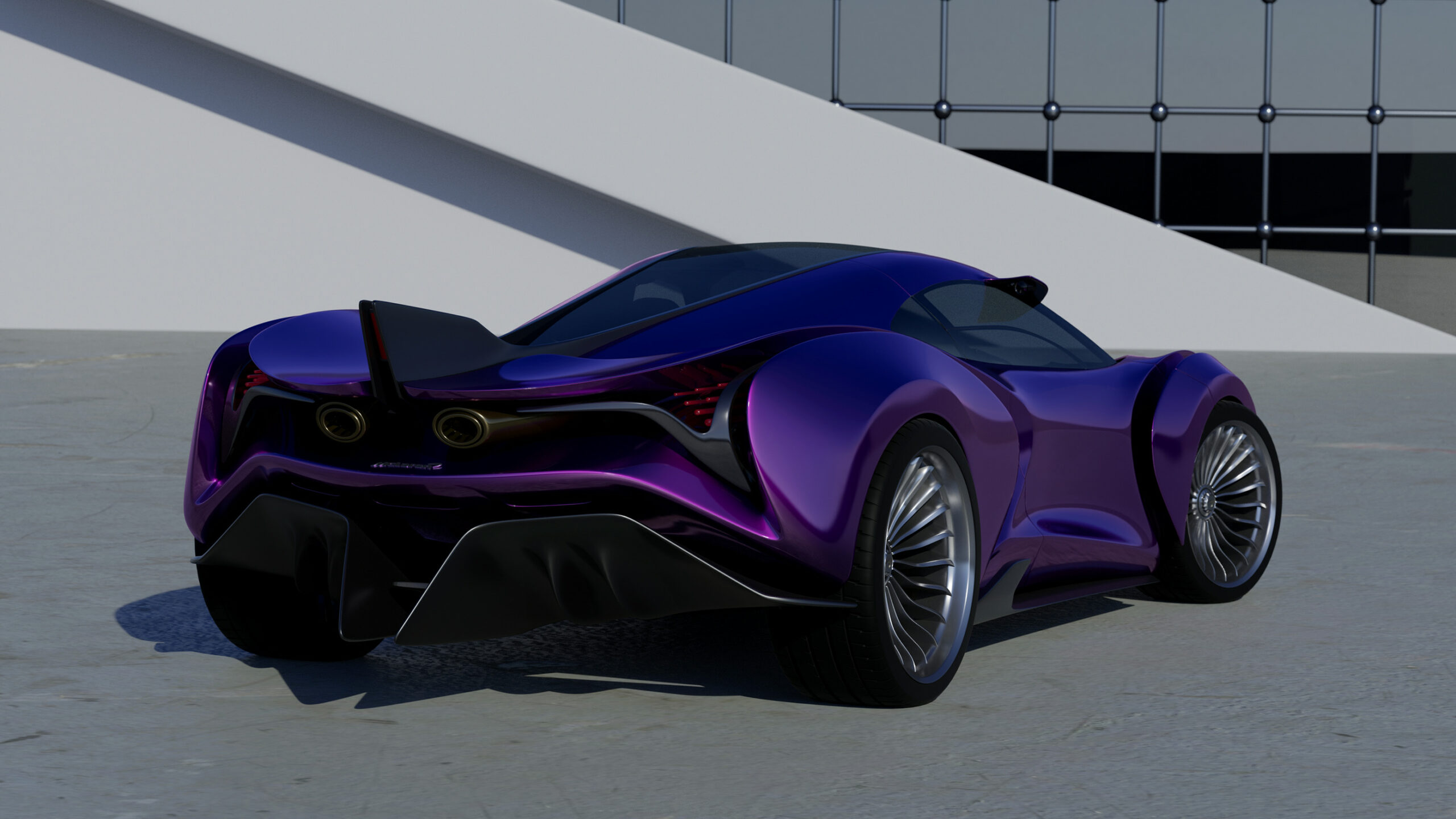 The front fascia of the Ensifera somewhat reminds us of the Apollo IE, although it is significantly less overt and much more subtle. The angular LED headlights and daytime running lights immediately catch the eye, as do the large air intakes and the prominent front splitter. We’re also particularly fond of the dramatic shape of the front wheel arches.

Making the sides of the Ensifera stand out further are the tightly-spoked wheels, aerodynamic skirts, and the uniquely shaped windows. The rear wheel arches adopt a similar shape to the front, sporting prominent aerodynamic channels that funnel air over the rear fascia.

The rear is perhaps the most outlandish area of the car’s exterior design. It immediately stands out from any other production car because of the two central fins that sit in place of a traditional wing. Intricate LED taillights are also visible, as are dual-exiting tailpipes and a dramatic diffuser.