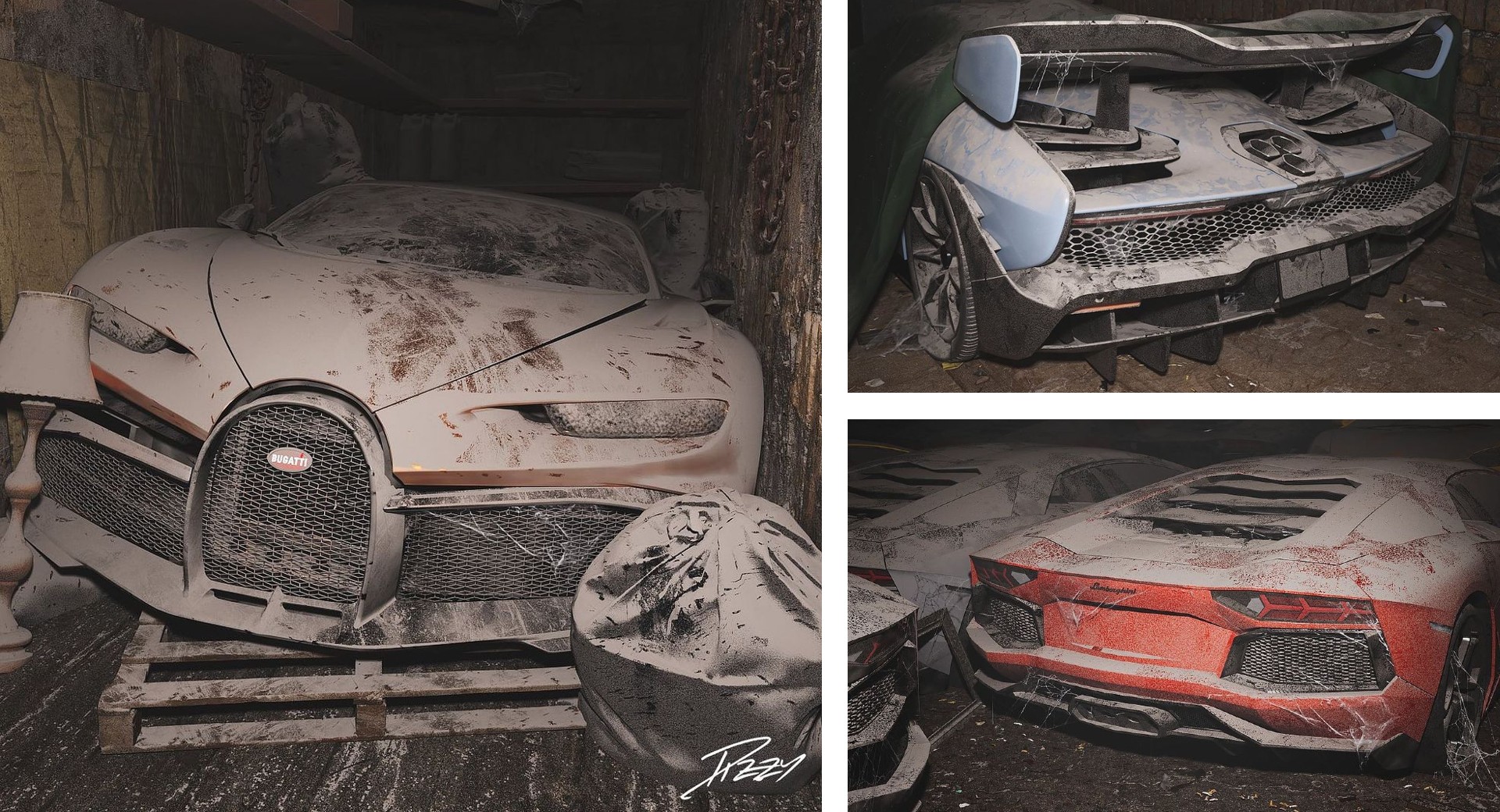 There is something intriguing about discovering precious objects that were abandoned for decades. This is the feeling that Italian 3D artist Dizzy Viper evokes with a new series of renderings depicting all sorts of modern-era hypercars left to rot, presumably in a post-apocalyptic EV-occupied future.

Seeing a Bugatti Chiron Pur Sport with a broken front bumper parked in the dark among a lamp, a palette, a garbage bag, and various boxes is quite depressing. The same applies to the track-focused McLaren Senna which is left in storage partially uncovered, gathering spider webs on its massive rear spoiler. Another picture called “Horacio’s Nightmare” shows a trio of Pagani Huayra BC parked in a dark room without anyone caring to save them.

A pair of Lamborghini Aventador SVJs are hiding under years’ worth of dust but they are not the only bulls in this multi-million barn find. A raised Sian FKP 37 and a Centenario show that even the limited-production V12-powered models from Sant Agata didn’t escape neglect in this alternate universe.

The McLaren P1 – an honorable member of the holy trinity of electrified hypercars – brings to mind the recent victim of Hurricane Ian, even though this one will soon return to its former glory as it is too expensive for the scrapyard. Another notable appearance in the dust-filled rooms is the La Ferrari flagship, which will definitely need its battery to be recharged after so many years of not being used – if the wiring is not completely destroyed by rodents.

Predictably, the pictures went viral on social media, attracting hundreds of thousands of likes and comments. The probability of something like this happening in real life is very close to zero, as the aforementioned vehicles are expected to increase their value as we move into the EV-only era, retaining their status as highly collectible pieces of automotive art. Still, the realistic nature of the CGI renders tricked some users into believing they were looking at actual photographs.

The only way we could ever witness something similar is a natural disaster, or in an unfortunate scenario of humankind going extinct. Let’s hope that everything we saw in post-apocalyptic sci-fi films can be avoided.