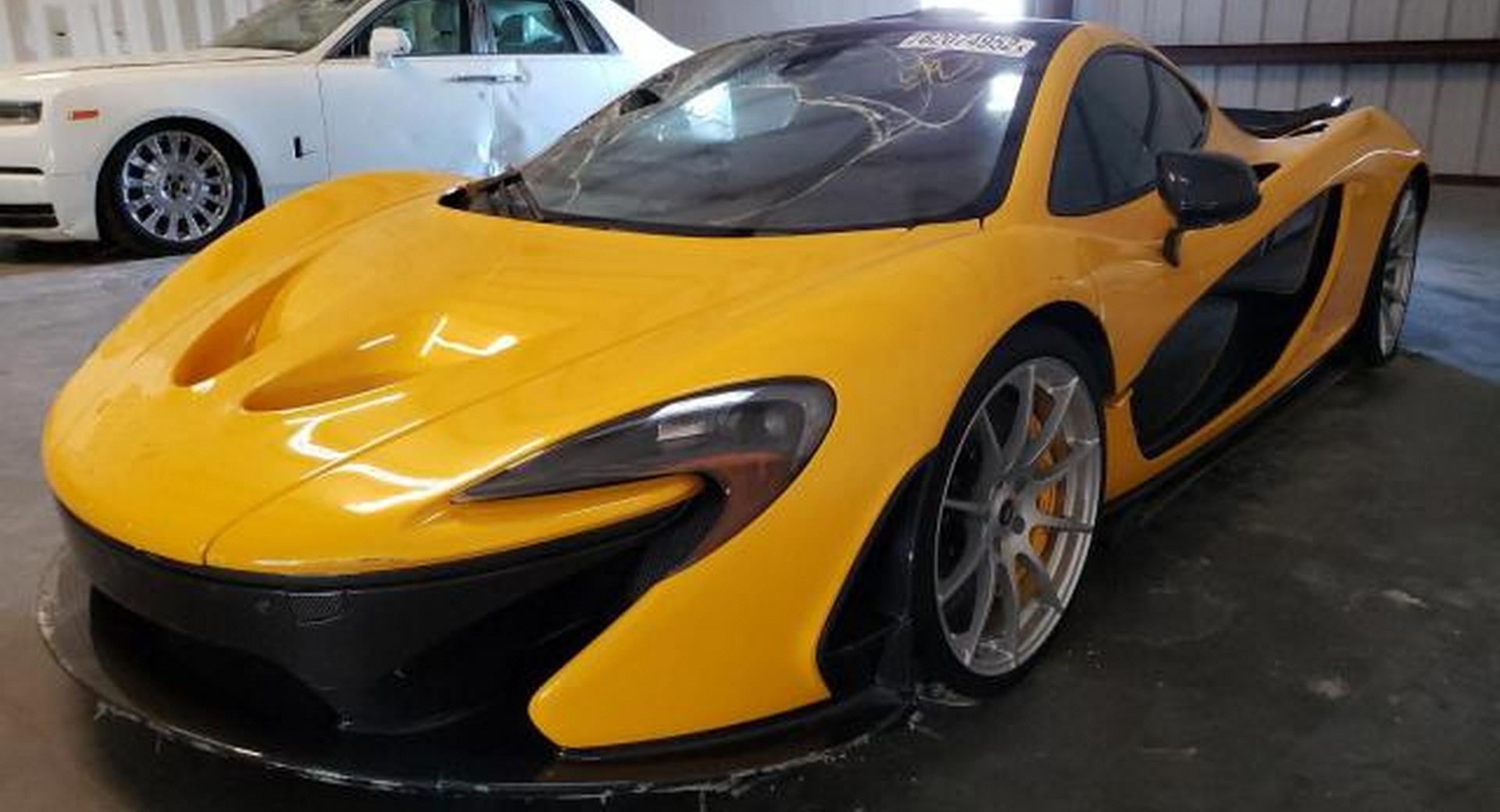 Flood-damaged cars are far too common after a hurricane and some of them are very special. That’s the case here as a rare McLaren P1 fell victim to hurricane Ian earlier this year. Now, it’s about to go across the auction block at Copart and can be yours for somewhere in the neighborhood of a quarter of a million dollars.

That’s only an estimated value of course and it could trade hands for more or less than that figure. No matter how much it goes for, it’ll come with a wild story. The flood that resulted with it here on sale happened only a week after its now-previous owner purchased it on Bring A Trailer.

Unlike most flood-damaged cars, much of this car’s history and damage during the flood are permanently recorded through social media. In a video taken during the flood, we can see the bright yellow hybrid supercar literally floating in the garage where it was initially damaged.

Evidently, the storm was so bad that sometime after that video, the door to the garage failed and the McLaren ended up floating out into the wild. Another photograph shows it nearly pressed up against a tree as the water continues to batter the car. Photos from Copart expose the extent of the damage.

The windshield is shattered, the passenger-side mirror has been ripped off, and there is clear damage to the front splitter. The auction house has not clarified what if any systems on the vehicle are still functional. It stands to reason that not much would work though. The hybrid powertrain surely doesn’t take well to being submerged in water.

Despite that, we know that at least a few big players in the automotive industry are interested in the car. Ed Bolian from Vinwiki and Tyler Hoover from Hoovies Garage have both expressed interest. The former says that he could see replacing the entire drivetrain with something from another modern non-hybridized McLaren.

An auction date has not been set at this point but we’re excited to see if this P1 makes it back into public life somehow. Considering that only 375 were ever made it would be a shame if someone didn’t save it to one extent or another.