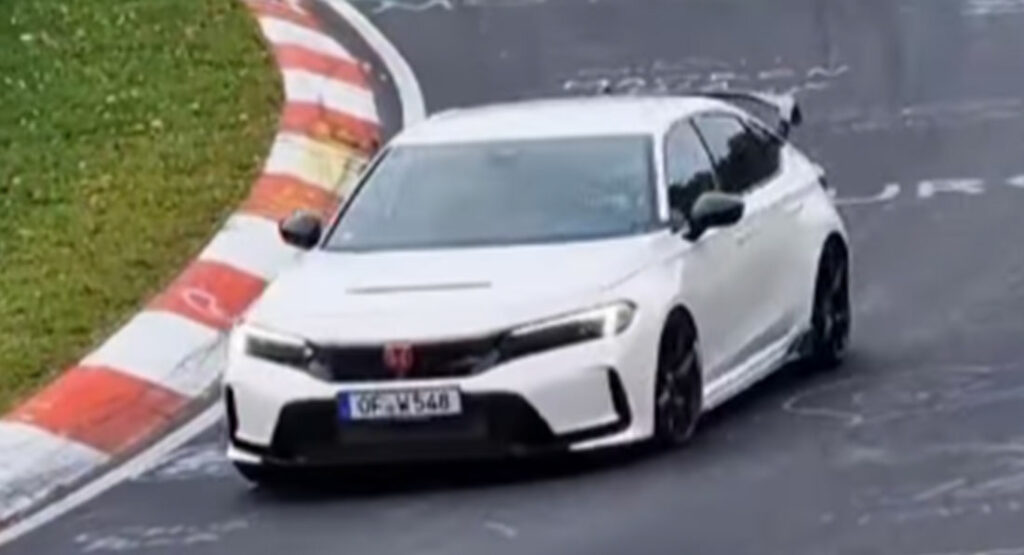 Honda has been spotted completing hot laps of the Nurburgring Nordschleife in the 2023 Civic Type R in what appears to be an attempt to set a new front-wheel drive production car record around the circuit.

The Civic Type R has long had an affinity for fast lap times around the famous German circuit. The short-lived FK2 generation model once held the record with a time of 7:50.63 until that was beaten by the VW Golf GTI Clubsport S. That record didn’t stand for long, however, as the FK8-generation Honda Civic Type R came along and lapped ‘Green Hell’ in 7:43.80. This time has since been beaten by the Renault Megane R.S. Trophy-R with a time of 7:40.1.

YouTuber Misha Charoudin was recently at the circuit and filmed a pair of Civic Type Rs. While we’ve seen the new Type R at the track in the past, the fact that these cars were the only vehicles on the track and were free of any camouflage is a clear indication that Honda is chasing a new record with the hot hatch. For all we know, it may have already broken the lap record but isn’t yet ready to announce it. 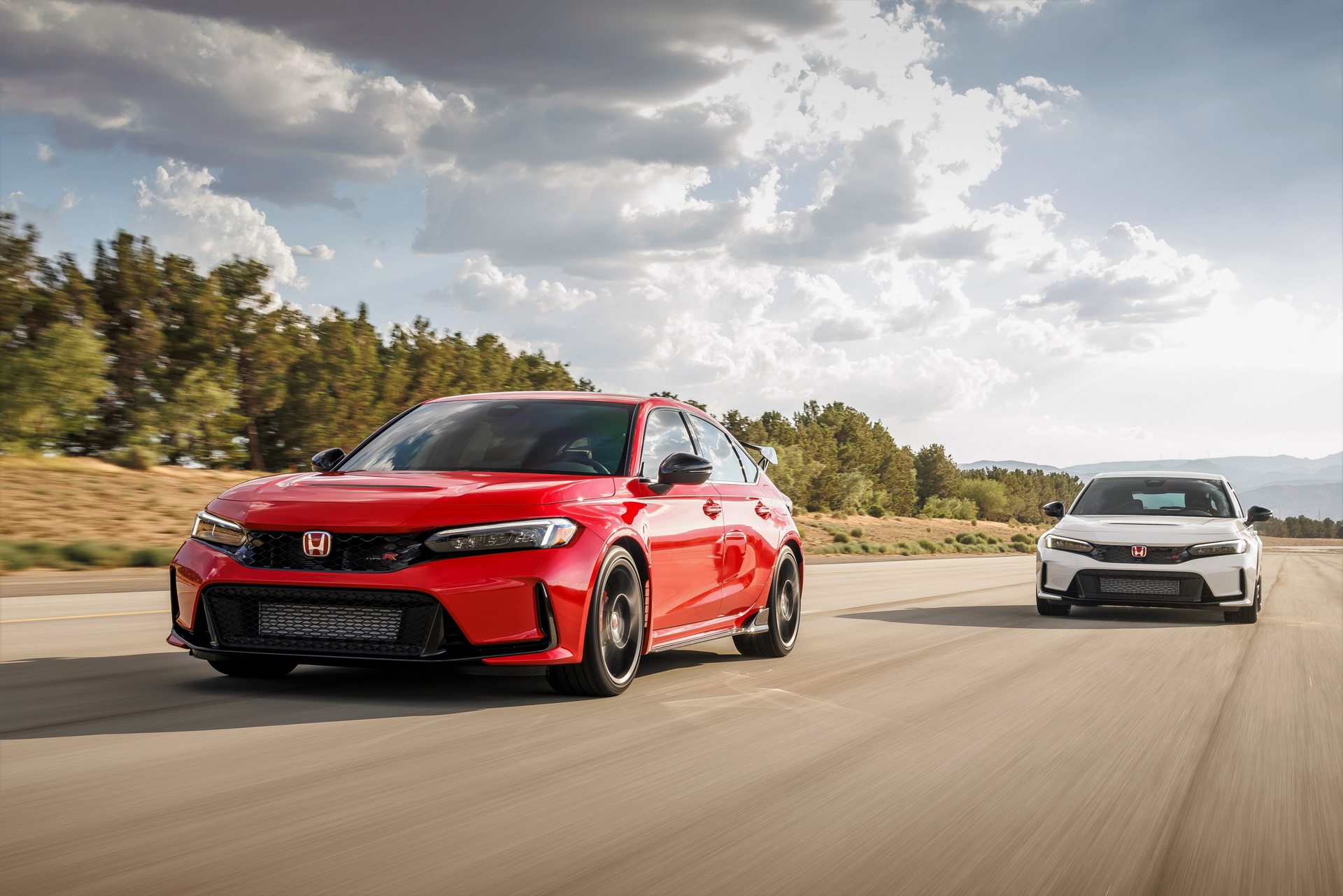 Perhaps of more importance than the tweaked engine is the fact that the new Civic Type R has a 1.4-inch (3.5 cm) longer wheelbase than its predecessor thanks to the 11th-gen Civic platform. The front and rear tracks are also wider and the hot hatch features revised dual-axis front and multilink rear suspension.