Camouflaged prototypes of the facelifted Peugeot 508 made their spy debut in Europe, hinting at a number of styling updates for the flagship low-slung model of the French brand.

Our spy photographers caught not one but three different prototypes of the 508. Two of them featured the traditional fastback bodystyle in regular and GT-Line trim, while the third one was the more practical wagon. Only the front and rear portions of the prototypes were camouflaged since the profile and greenhouse remained virtually unchanged.

Read: What We Know And Expect From The Peugeot 508’s Mid-Life Facelift 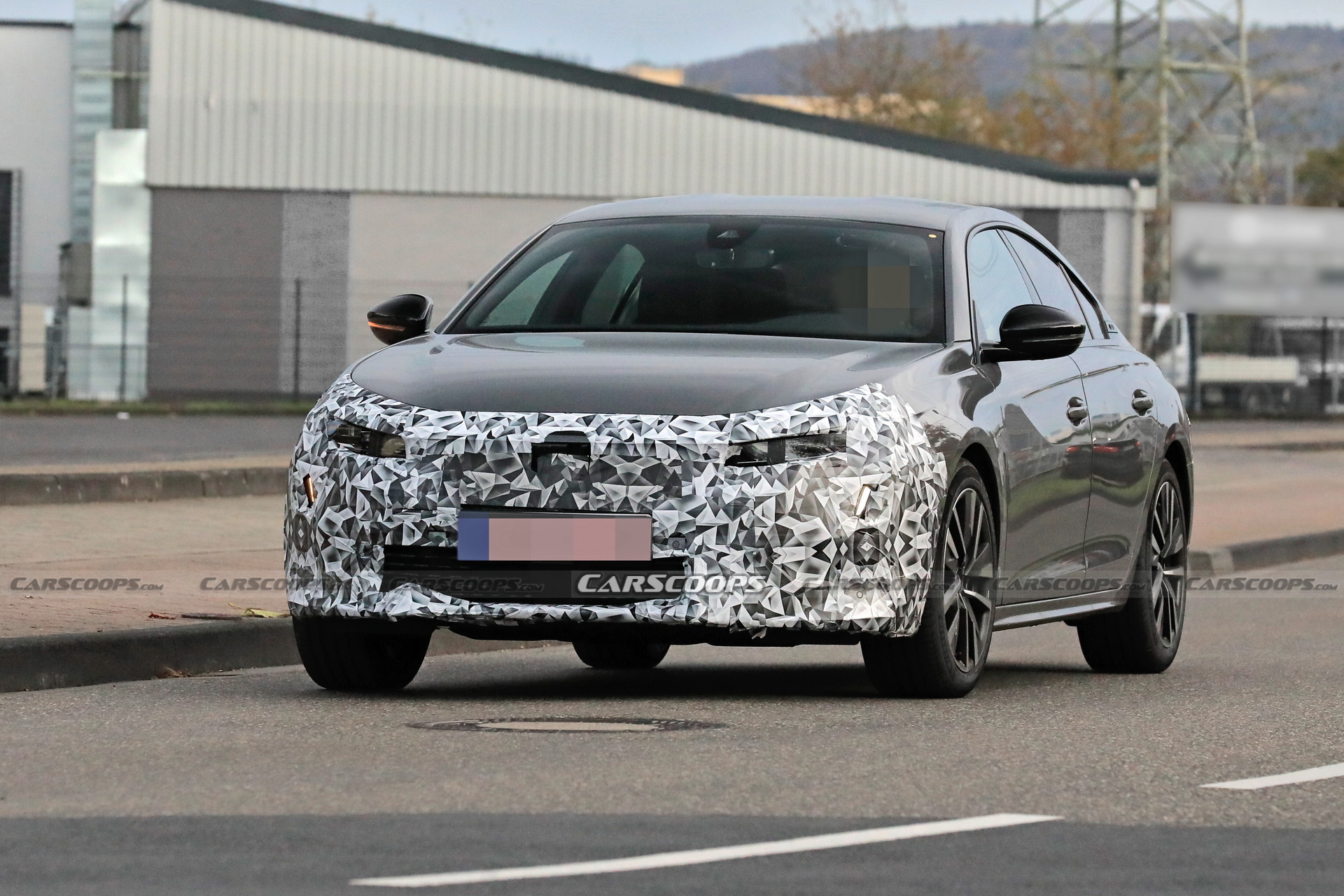 At the front, the facelifted 508 is expected to adopt Peugeot’s new logo and grille design as seen on the smaller 308 and 408 models. The headlights will likely retain their aggressive outer shape while benefiting from revised LED graphics. The bumper will also go under the knife, with faux intakes next to the signature LED fangs.

At the back, the area around the taillights is camouflaged but we can still see the new LED graphics with the three-claw design that are more heavily inclined – just like in the 308 GT-Line. The rear bumper remains unaltered although the GT version will get trapezoidal exhaust outlets instead of the regular model’s dual round tailpipes. Inside, we might see a new infotainment system alongside a 3D-digital instrument cluster and new trim options. 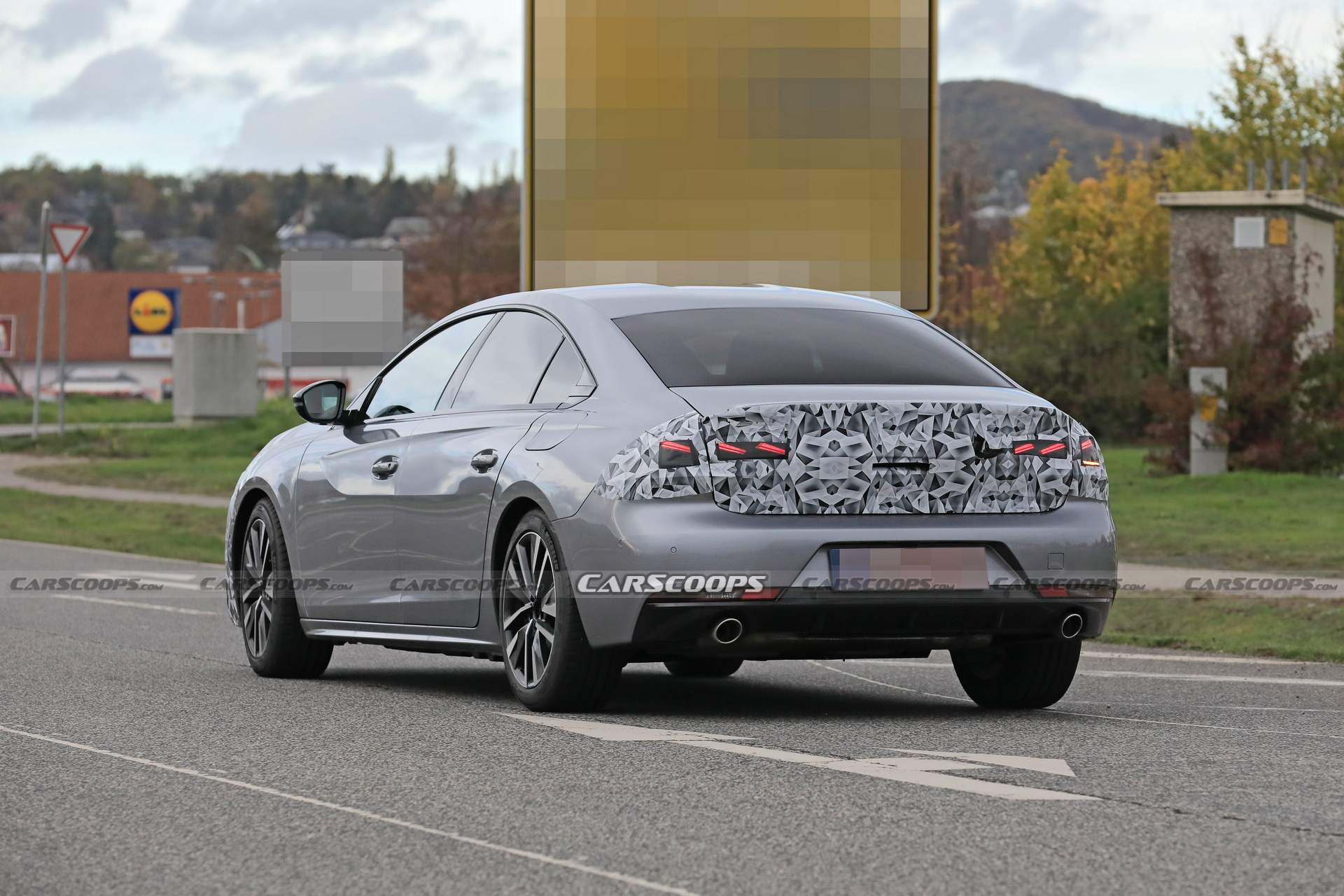 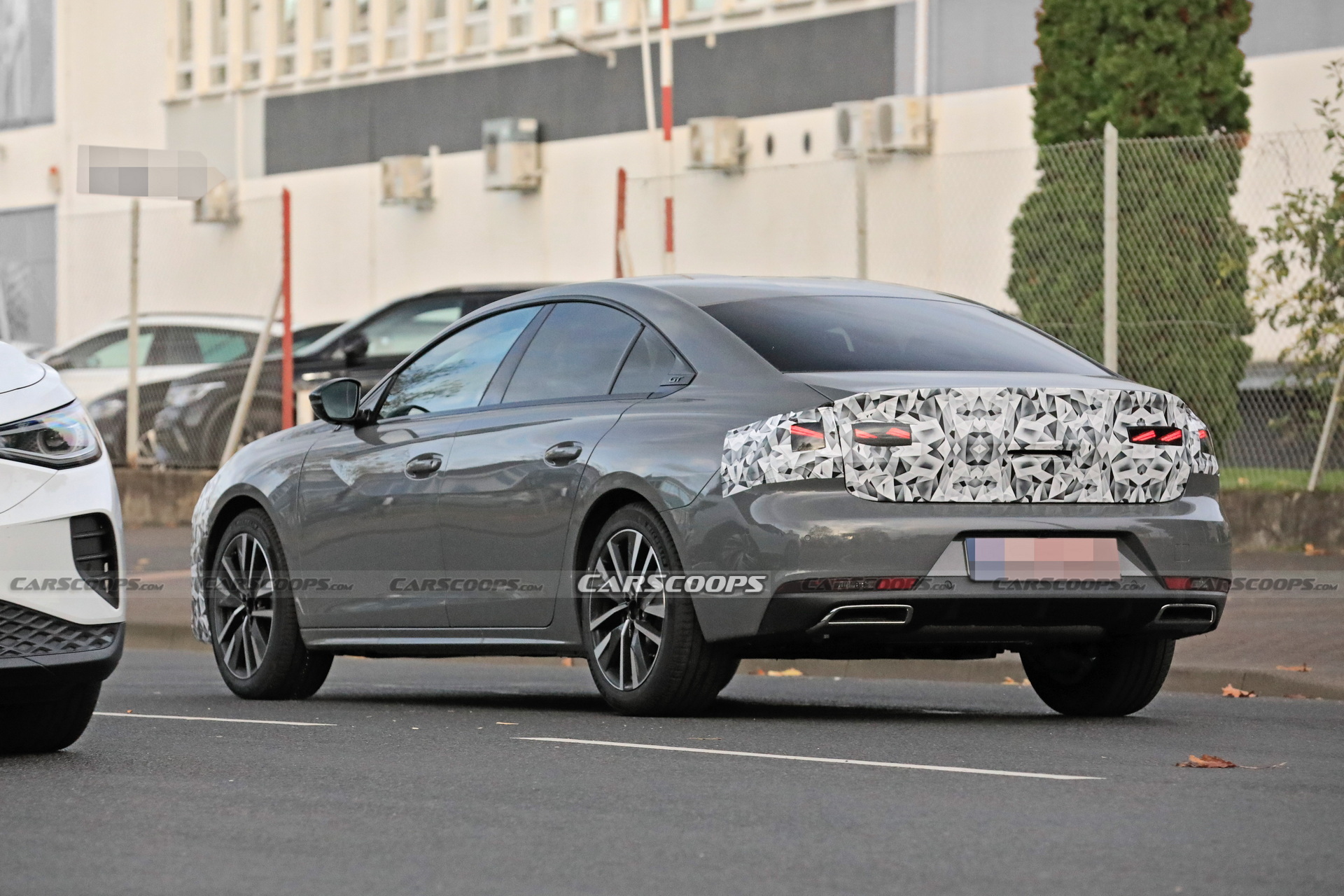 Under the skin, the EMP2-based model will gain the new 134 hp (100 kW / 136 PS) PureTech engine with an electrified dual-clutch gearbox and a 48V battery which was recently introduced in the 3008 and 5008 SUVs. The ICE lineup should be toned-down in Europe, with a possible demise of the BlueHDi diesels due to the strict emission regulations.

The non-GT-Line prototype came with a charging port on the driver’s side, showing that it has a plug-in hybrid powertrain. The PHEV lineup of the 508 might grow to include more options as with other closely-related Stellantis models, while the existing trims should get the new battery allowing for an increased EV range. 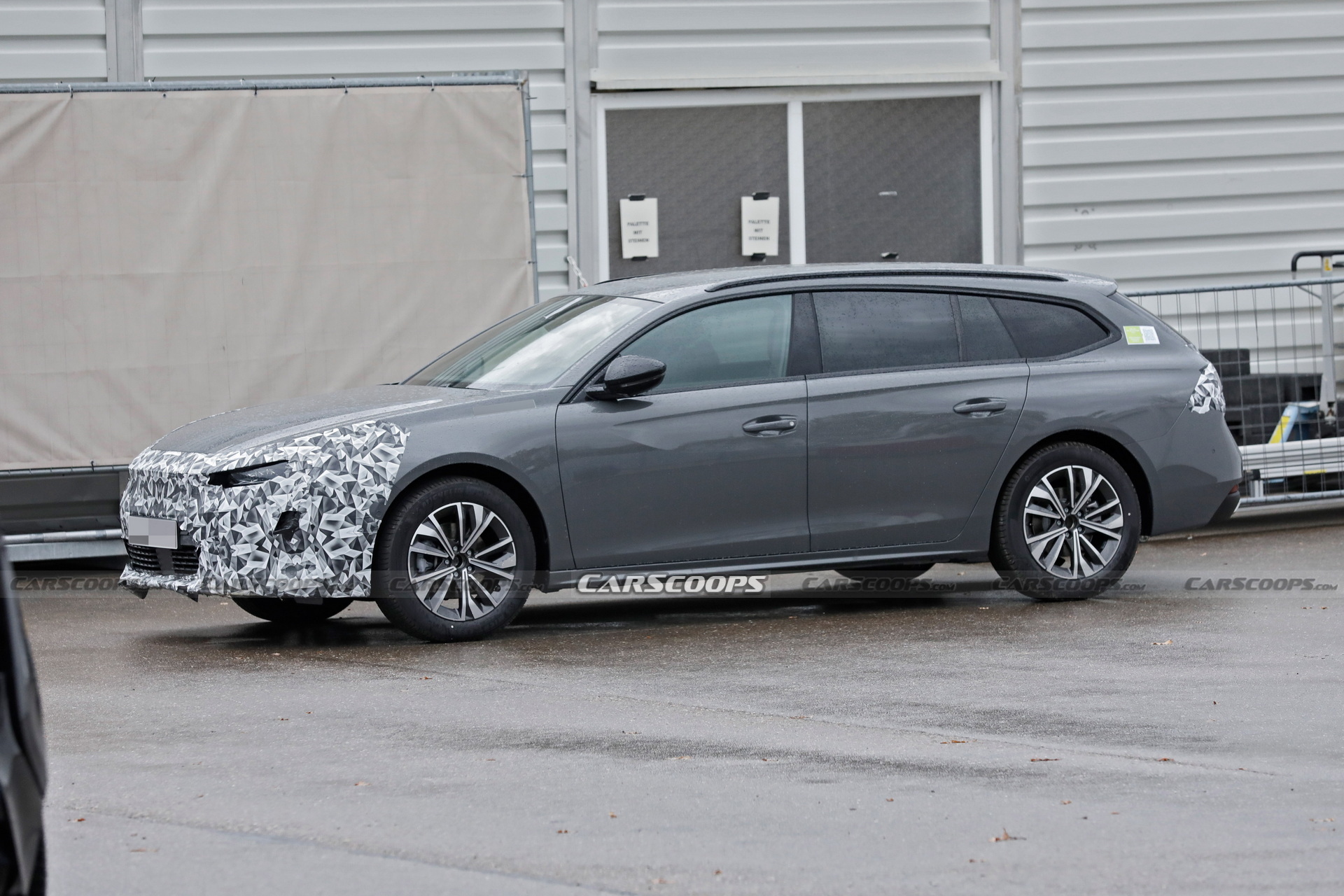 It might not seem like that long ago but the second-gen Peugeot 508 was originally introduced almost five years ago at the 2018 Geneva Motor Show. The facelifted model – set to debut in the first half of 2023 – will bring it up to date with newer models of the Peugeot range in terms of styling and technology while extending its life for a few more years in the almost deserted midsize sedan segment.

Rivals are limited to the upcoming VW Passat Variant / Skoda Superb twins since the Ford Mondeo and the Opel Insignia have been discontinued, while Peugeot is also eyeing more premium offerings like the BMW 3-Series and the Mercedes-Benz C-Class.