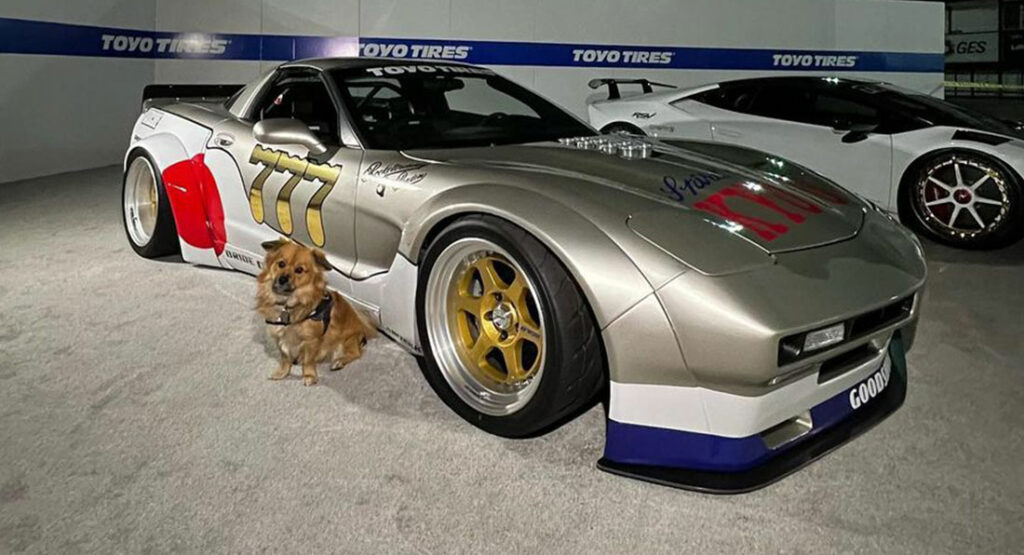 This year’s SEMA Show attracted all kinds of cars and wild builds. One that slipped under our radar was a widebody C5-generation Chevrolet Corvette owned by Robb Ferguson.

Ferguson, who goes by the name goodshow_aa on Instagram, is no stranger to modifying vehicles and usually does so in his garage. For SEMA, he decided to take a C5 Corvette and make it stand out thanks to a widebody kit sourced from TRA Kyoto, sold under the Pandem name in the U.S. but also known as Rocket Bunny kits in other markets.

The kit designed for the C5 Corvette is extreme to say the least. Things start at the front end where TRA Kyoto has fitted a new bumper that sits much lower to the ground and has a transformative effect on the overall look of the car. The kit then sports widened front and rear wheel arches, giving it a menacing new stance on the road and allowing Ferguson to slot on a set of aftermarket wheels wrapped in Toyo tires.

Rounding out the kit is a revised rear bumper and a pronounced decklid spoiler.

As is so often the case with vehicles that are modified and built for the SEMA Show, completing the build in time proved to be a challenge for Ferguson. In fact, he only just managed to get the car to the event in time and had to call in some extra help to get the vinyl livery applied the night before the show opened.

The livery takes inspiration from the 1976 Greenwood Corvette that used to compete in the IMSA GT class. It combines pieces finished in red, white, and blue with prominent gold accents, including a vinyl on both sides with the number 777.