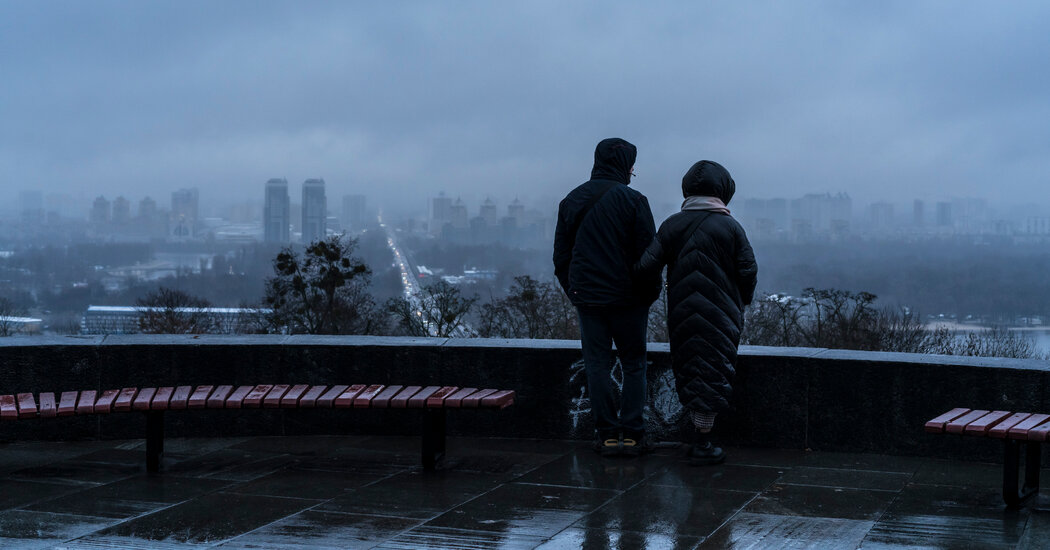 BUCHAREST, Romania — Antony J. Blinken, the U.S. secretary of state, and the top diplomats from more than 30 European nations are meeting on Tuesday in Romania to coordinate how the North Atlantic Treaty Organization will bolster Ukraine’s war efforts against Russia over the harsh winter.

The officials plan to discuss further weapons shipments to Ukraine, as well as how to help repair Ukraine’s electricity grid and defend the country’s critical infrastructure against relentless missile, artillery and drone attacks by the Russian military.

A senior State Department official traveling with Mr. Blinken said Monday that the United States plans to announce an amount of cash aid to Ukraine for energy infrastructure needs on an emergency basis.

“NATO will continue to stand for Ukraine as long as it takes. We will not back down,” Jens Stoltenberg, the alliance’s secretary general, said on Tuesday as the diplomats gathered.

Mr. Blinken held separate meetings with top Romanian officials Tuesday morning. At a news conference before the NATO meetings, he said that the United States would work with Romania to help it achieve energy independence from Russia, and to help build up its military capabilities, which would be interoperable with those of its allies.

The two-day meeting of foreign ministers is taking place in Bucharest, the capital of Romania, a NATO member country that shares a border with Ukraine. It is expected to lay the groundwork for how the alliance will continue to aid Ukraine at a time when winter weather might limit military gains and as millions of Ukrainian civilians lack access to electricity and water because of damage to infrastructure facilities caused by Russian strikes.

Another State Department official said the Russian military is using missiles and drones to hit Ukraine’s transmission grid, including high-voltage transformer stations, because those are more vulnerable than power generation sites. He estimated that 25 to 30 percent of Ukraine’s energy infrastructure has been damaged.

American and European officials say President Vladimir V. Putin of Russia is trying to break the morale of Ukrainians by depriving them of basic utilities over the winter, when average temperatures across Ukraine drop below freezing. The Russian military has suffered major setbacks in the face of Ukrainian offensives in recent months, including being forced to retreat from the strategic southern city of Kherson and the Kharkiv region in the northeast.

“President Putin is failing in Ukraine, and he is responding with more brutality,” Mr. Stoltenberg said at a news conference on Friday. “Waves of deliberate missile attacks on cities and civilian infrastructure. Depriving Ukrainians of heat, light, and food. This is a horrific start to the winter for Ukraine.”

Mr. Stoltenberg acknowledged the importance of having NATO member countries help Ukraine improve its air defense capabilities. “I will urge allies to further step up the support, not least with air defense to Ukraine, but decisions on specific capabilities, that remains national decisions,” he said.

NATO countries have so far provided some $40 billion in weaponry to Ukraine, roughly the size of France’s annual defense budget. But Ukraine has been tearing through stockpiles, setting off a scramble to supply the country with what it needs while also replenishing NATO members’ arsenals. Many Western-made howitzers are breaking due to the rate of use by Ukrainian troops.

The meeting this week is also expected to feature discussion of how to better protect the member nations that are in closest proximity to Ukraine, including Poland and Romania, from any potential spillover from the conflict. The topic took on a renewed sense of urgency this month when a missile that NATO leaders said appeared to have been fired by Ukraine’s air defense killed two civilians in southeastern Poland.

The foreign ministers of Sweden and Finland, which both applied for NATO membership after Mr. Putin ordered the full-scale invasion of Ukraine in February, are expected to attend the meeting, as are top diplomats from Ukraine, Georgia, Moldova and Bosnia and Herzegovina.

At a NATO meeting in 2008 in Bucharest, President George W. Bush pushed members of the alliance to promise Ukraine and Georgia eventual membership, but without a timeline. Officials say both countries remain far from qualifying for membership but are considered critical partners of NATO.

Mr. Stoltenberg and the U.S. State Department also said that officials at the meeting this week will also discuss the global challenges posed by China, Russia’s most powerful strategic partner.