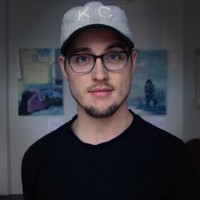 The best thing about subscription services like Netflix, Spotify, and HBO Go is having access to a seemingly infinite amount of content for a relatively small monthly fee. Paying for things like music, movies, and TV shows can get quite expensive without these services. Especially if you want to start watching a series at home on devices like the Nvidia Shield TV and want to continue watching on your mobile device the next time you take the bus.

How subscription pausing would work Some streaming services, like YouTube Premium, already offer the ability to pause subscriptions. But in YouTube Premium’s case, it only comes into effect at the end of a billing cycle, effectively making it a more streamlined way to cancel and resubscribe to the service.

There isn’t any way for users to pause their popular subscription services in the middle of the cycle. It’s a simple concept with a simple solution.

Subscription pausing is a simple concept with a simple solution.

If I subscribe to a service on August 1 and pause my membership for one week on August 15, the due date moves back by one week automatically. In this example, my new billing date would become September 8.

Of course, services would need to institute a few guidelines before implementing this. Perhaps there is a maximum number of days users can pause their subscription. Maybe services establish a cut off after a couple of weeks where users can no longer pause their subscription within that billing cycle. Services could even charge the full cost of the billing cycle if the service isn’t resumed after a certain amount of time.

Related: Shudder is like Netflix for horror fans: Here’s everything you need to know

The technicalities of the feature would come second. What really matters is that people have an easier time working subscription services into their lives rather than fitting their lives into the services.

Why it would be useful

A feature like this would be incredibly useful for all kinds of people. Some people who would benefit from this the most would be military soldiers, college students, traveling business professionals, and even victims of unexpected hospital visits.

Permitting customers to pause their subscriptions allows them to keep the service without worrying about unnecessary bills or about paying for a product they were unable to use for a time.

It would build a sense of rapport with subscribers.

I remember being overwhelmed with tests and homework on many occasions in college. There were several times when I would pay my Netflix subscription and think about how I didn’t even watch anything that month. Eventually, I had to cancel it.

I have a friend who is in the US Army Reserve. For one weekend per month and two weeks out of the year, he forfeits civilian life to serve his country. During that time, he has no use for services like Hulu or Amazon Prime Video. Yet, he still has to pay for the brief times he doesn’t use them in order to have access to them when he’s not serving.

In both cases, we wanted to use the services, but the situations weren’t fully compatible with the standard subscription model. I had to cancel the service while my friend continued to pay for his.

In any case, allowing for this type of flexibility would build a sense of rapport with subscribers. It allows people just a little more freedom to live their lives without fearing the unpredictable, no matter how big or small the case may be.

Why services probably won’t do this (but still should) Of course, the reason why companies don’t offer subscription pausing (and probably never will) boils down to one thing: money. The less you use their service, the more money they make. So, why would they offer this functionality when its currently working in their favor?

What most companies won’t take into account here is brand loyalty. Building a strong relationship with customers is one of the easiest ways for companies to maximize growth and, in turn, revenue.

It’s the companies that play the long game that always end up on top.

Adding quality of life features that truly benefit the customer would set that company’s product apart. Not only that, but subscription pausing would give users one less reason to cancel their service or switch to a competitor’s offering. How could customers not want to support the company that appears to have their best interests in mind?

Alas, rapport and relationship are not easily measured. And as the renowned businessman Peter Drucker once said, “if it can’t be measured you can’t improve it.” Even if companies started offering features like subscription pausing, those features would probably lose focus in favor of campaigns that simply maximize contiguous growth and net profit.

Features like subscription pausing require companies to set aside immediate gains in favor of long-term goals. But in the end, it’s the companies that play the long game that always end up on top.

What do you think? Should streaming services offer users the ability to pause their subscriptions? Would you find this feature useful? Or do you think it’s pointless?