PSA is not only undoing Opel’s retreat from some markets dating from the GM era, but is also expanding the German brand into new markets.

The automaker has announced the introduction of the Opel brand into Colombia and Ecuador from the summer of 2020. Initially, Opel will debut in these South American markets with four models: Crossland X and Grandland X crossovers as well as Combo Cargo and Vivaro vans.

More models will be launched later on, including the all-new Corsa supermini. The carmaker has already signed agreements with importers SKBerge and Nexumcorp, which will become the exclusive sales partners for the Colombian and Ecuadorian markets respectively. 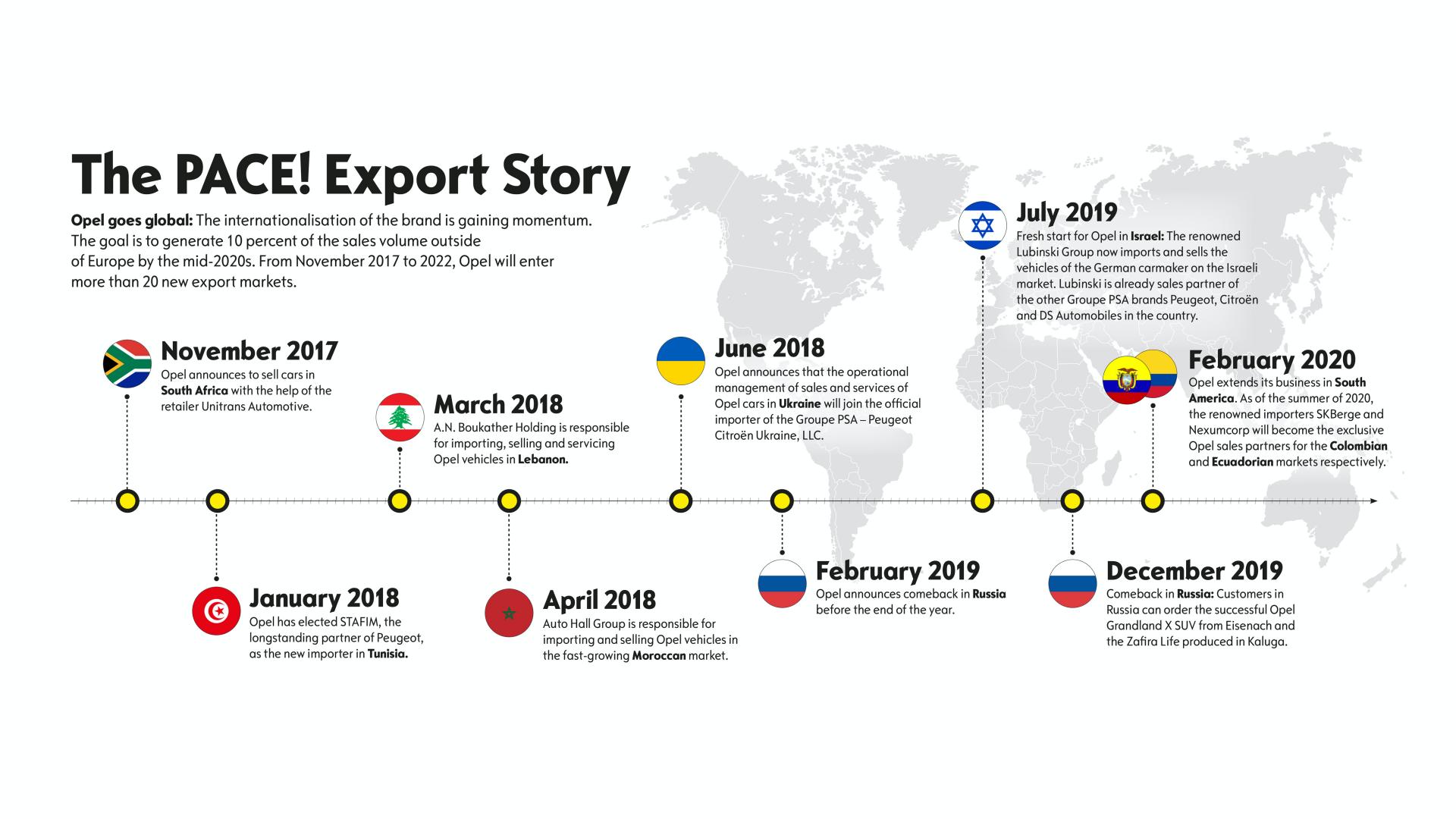 “Colombia and Ecuador are very interesting markets and will provide us with additional momentum. Obviously, being a German brand is a major advantage when entering these markets because German engineering is also synonymous with quality in South America,” said Michael Lohscheller, CEO Opel Automobile GmbH and member of the Groupe PSA Managing Board.

The executive added that Opel will benefit from PSA Group’s existing infrastructure, with the top priority in South America being to achieve “profitable growth with a high level of customer satisfaction.”

Opel’s entry into Colombia and Ecuador is part of the extensive export offensive outlined in Opel/Vauxhall’s ‘PACE!’ turnaround plan. As part of the strategy, the company has a clear goal of achieving 10 percent of sales in markets outside of Europe by the mid-2020s.

To that end, Opel is strengthening its presence in Asian, African and South American markets with new and established partners. The carmaker has pledged to enter 20 new export markets by 2022, including Russia where it recently celebrated its comeback.