Chevrolet is hard at work developing a new Corvette Z06 and based on new information, it’ll be something very special indeed.

For starters, it is claimed that the new Z06 will be available with a set of optional carbon fiber wheels and come standard with Michelin Pilot Sport Cup 2 R tires, measuring 275/30 ZR20 at the front and 345/25 ZR21 at the rear.

The Porsche 911 GT3 RS and GT2 RS use the same tires, although the compound will be tweaked for use with the Corvette.

Then we come to active aerodynamics which, according to Muscle Cars and Trucks, could include adjustable wings, splitter and side flaps that may adjust depending on braking, cornering, and acceleration. These active aero parts will probably form part of the optional Z07 performance package.

Also in the crosshairs of Chevrolet’s teams of designers and engineers is said to be a new exhaust system. It is claimed that rather than having four tailpipes on the edges of the rear fascia like the current Corvette Stingray, the Z06’s exhausts could be relocated to the center of the fascia like Corvette models of the past. Not only will this alter the looks of the car but it will also allegedly make the car sound better.

Still, the real headline of the new Z06 will be its engine. The 5.5-liter flat-plane crank V8 of the C8.R race car will be tweaked for use in the Z06 and could pump out as much as 600 hp while revving through to 9,000 rpm. Like the Stingray, there will be no manual transmission in sight and instead, the car will get an eight-speed dual-clutch as standard. 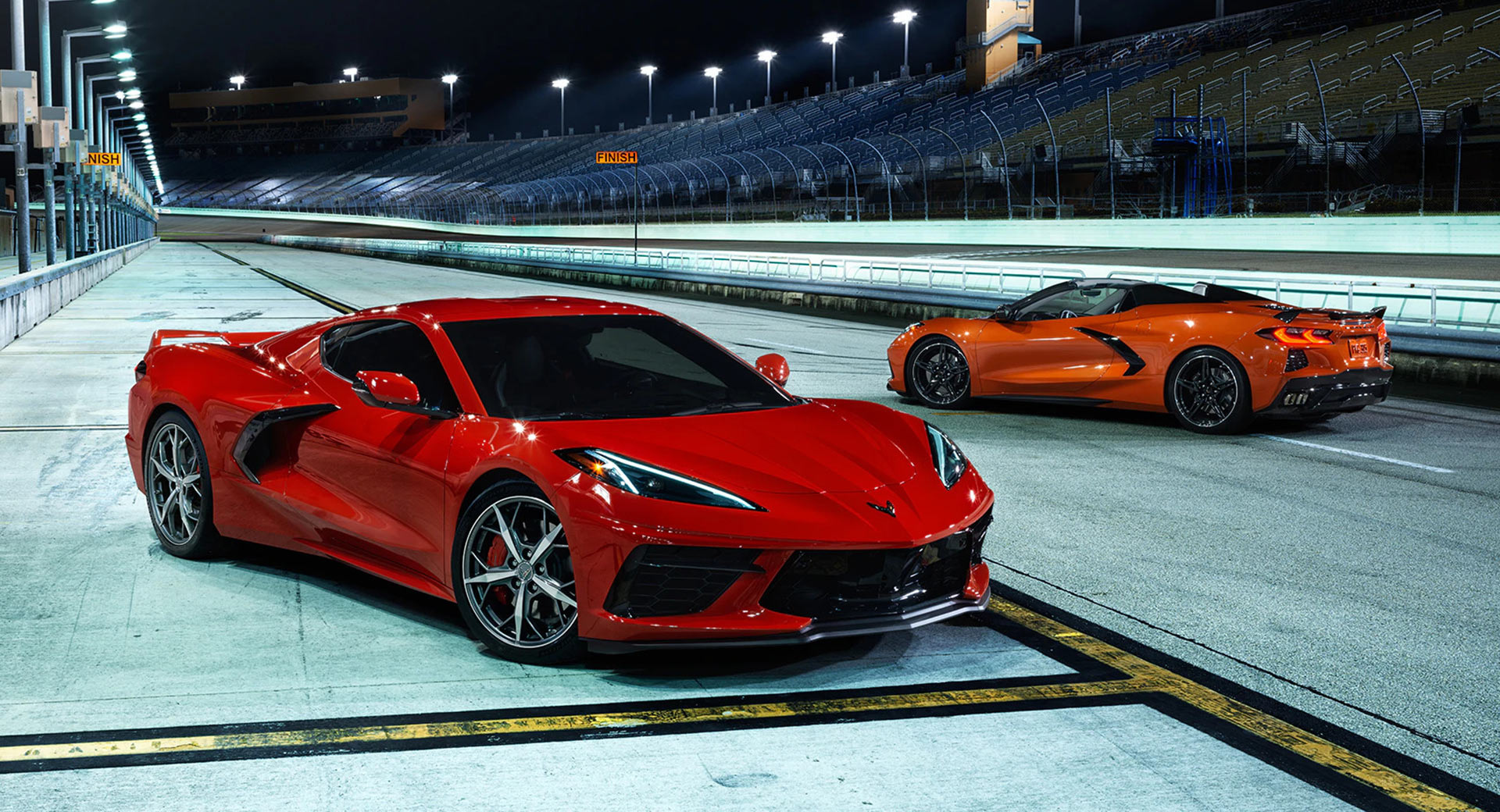